American soldiers examine the exhumed remains of the Polish and Soviet infants who died in the nursery in Ruehen. 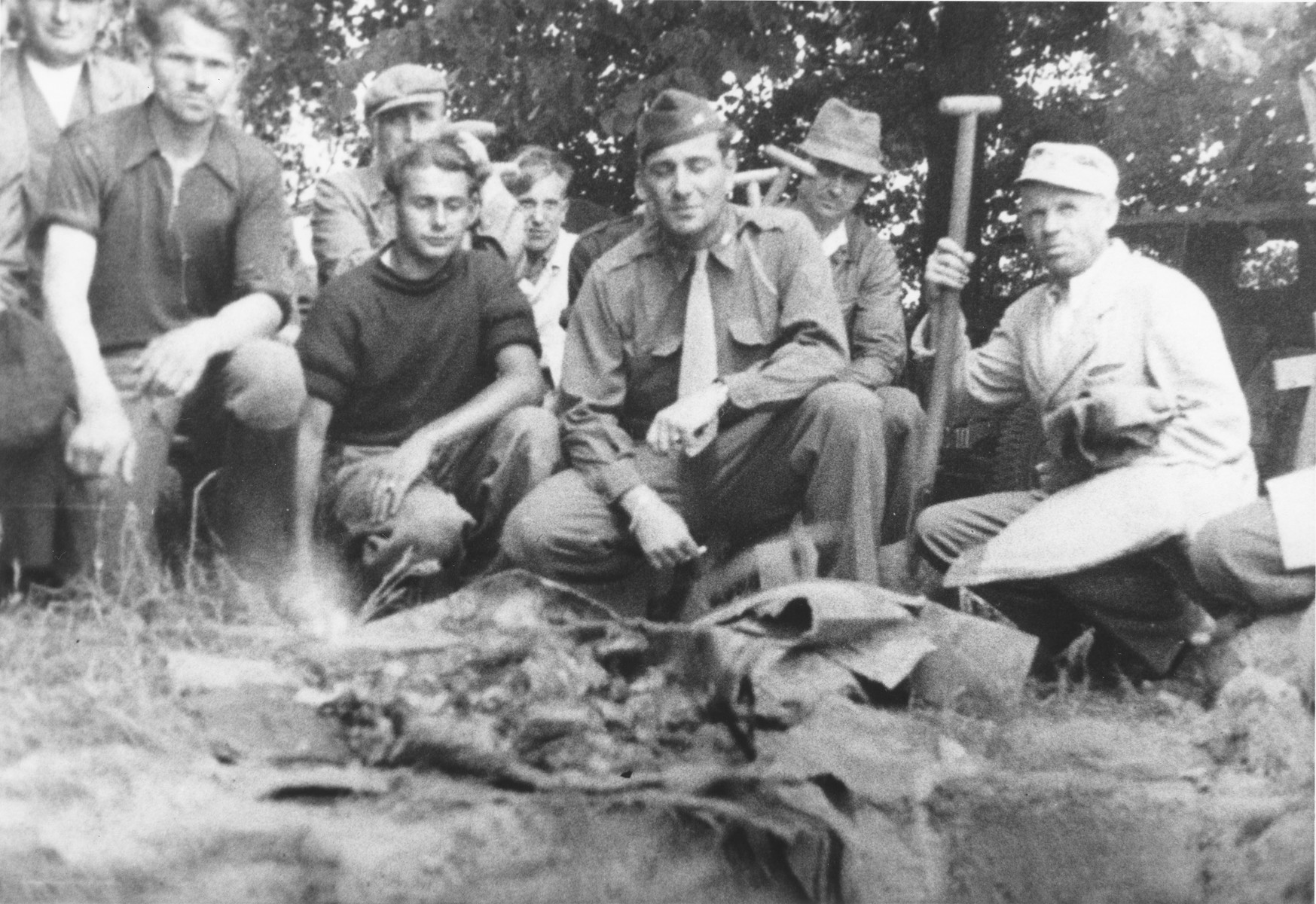 American soldiers examine the exhumed remains of the Polish and Soviet infants who died in the nursery in Ruehen.

Event History
In February 1943, Robert Ley, Reich Labor Minister, and Leonardo Conti, the Chief of the German Medical System, developed a three-point program to alleviate the problems at vital manufacturing facilities caused by allowing female foreign laborers to return to their native countries to give birth. One month later, a central maternity hospital and day nursery was established to accommodate the Soviet and Polish female workers in the areas around Gifhorn, in accordance with the program. In June 1944, the nursery was moved to the town of Rühen, 25 km. east of Gifhorn. The nursery was comprised of two barracks, the first of which housed infants up to 3 months of age, the second housed those older than 3 months. From June 1944 to April 1945, every one of the 400 infants admitted into the first barrack, headed by Sister Liesel Bochor, perished. In comparison, the second barrack, headed by Sister Hilda Lammer, had a surprisingly low mortality rate. Although the diagnoses of the newborns was either "feebleness" or "too weak to live," it was later determined that most of the newborns died of mistreatment, starvation, and various diseases. The doctor for the nursery allegedly never examined or treated any of the younger infants, and several nurses complained about the poor conditions of the nursery, including its lack of pure water, poor sanitation, and lack of pest control. Mothers were only given visitation rights to see their babies once or twice a month, and many were denied the right to see the remains of their deceased children. Infants who perished were buried in unmarked mass graves, occasionally in makeshift coffins made of corrugated cardboard boxes. The graves were discovered in a cemetery located near the barracks and exhumed in June 1945 by U.S. troops.