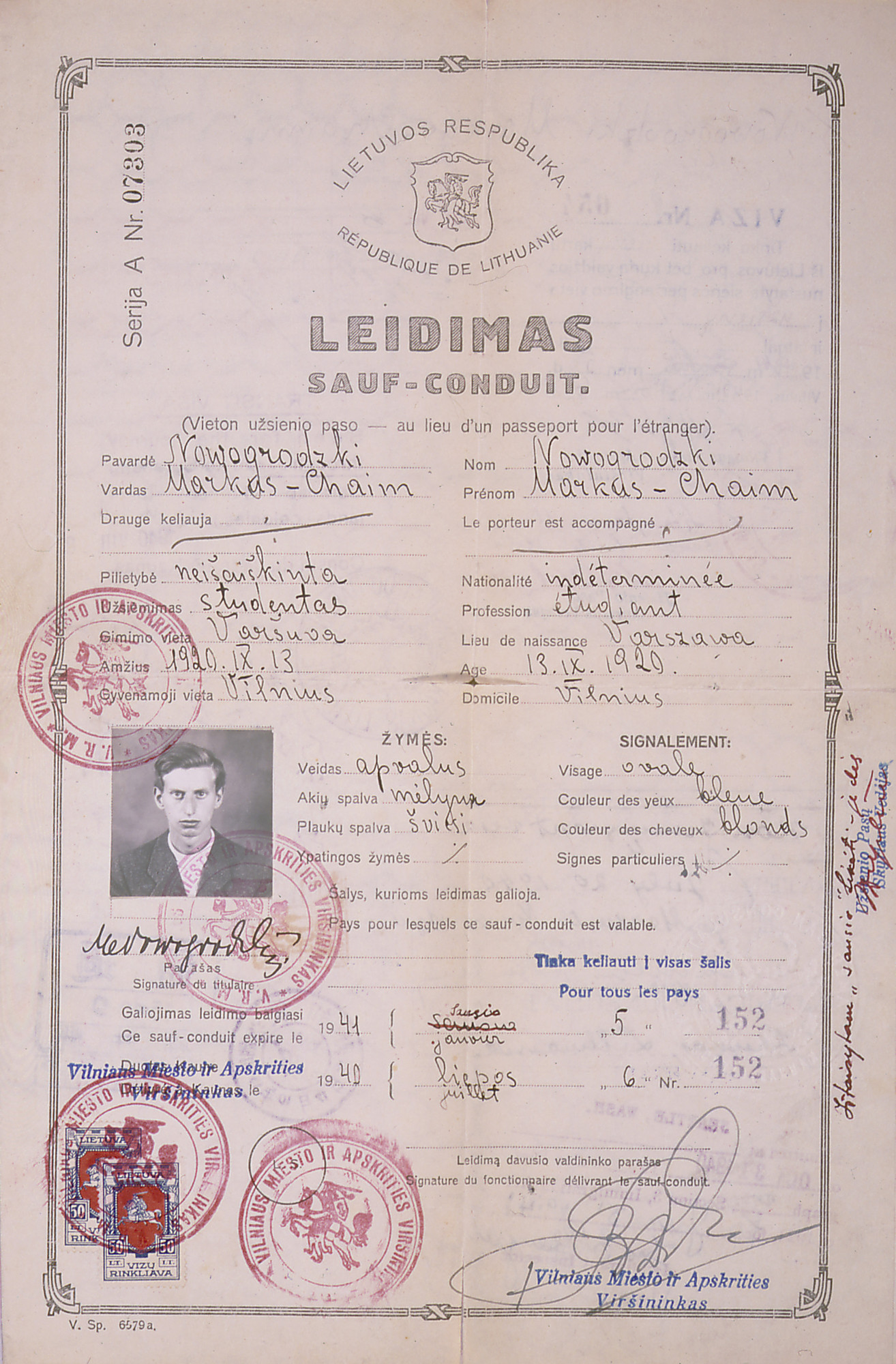 Sugihara visa (center left) issued with a legitimate emergency ("non-immigration") visa for the U.S. (bottom, far left) obtained in Kaunas in July 1940, one of only a few dozen U.S. visas issued before the consulate closed in mid-August, 1940.