A closeup of the identification photograph adhered to the Lithuanian Safe Conduct Pass issued to Markus Nowogrodzki. This pass was eventually bound into a passport. It contains Sugihara ink stamps, two Russian transit visas, a Lithuanian stamp, an American non-immigration visa, and a Seattle entry stamp. 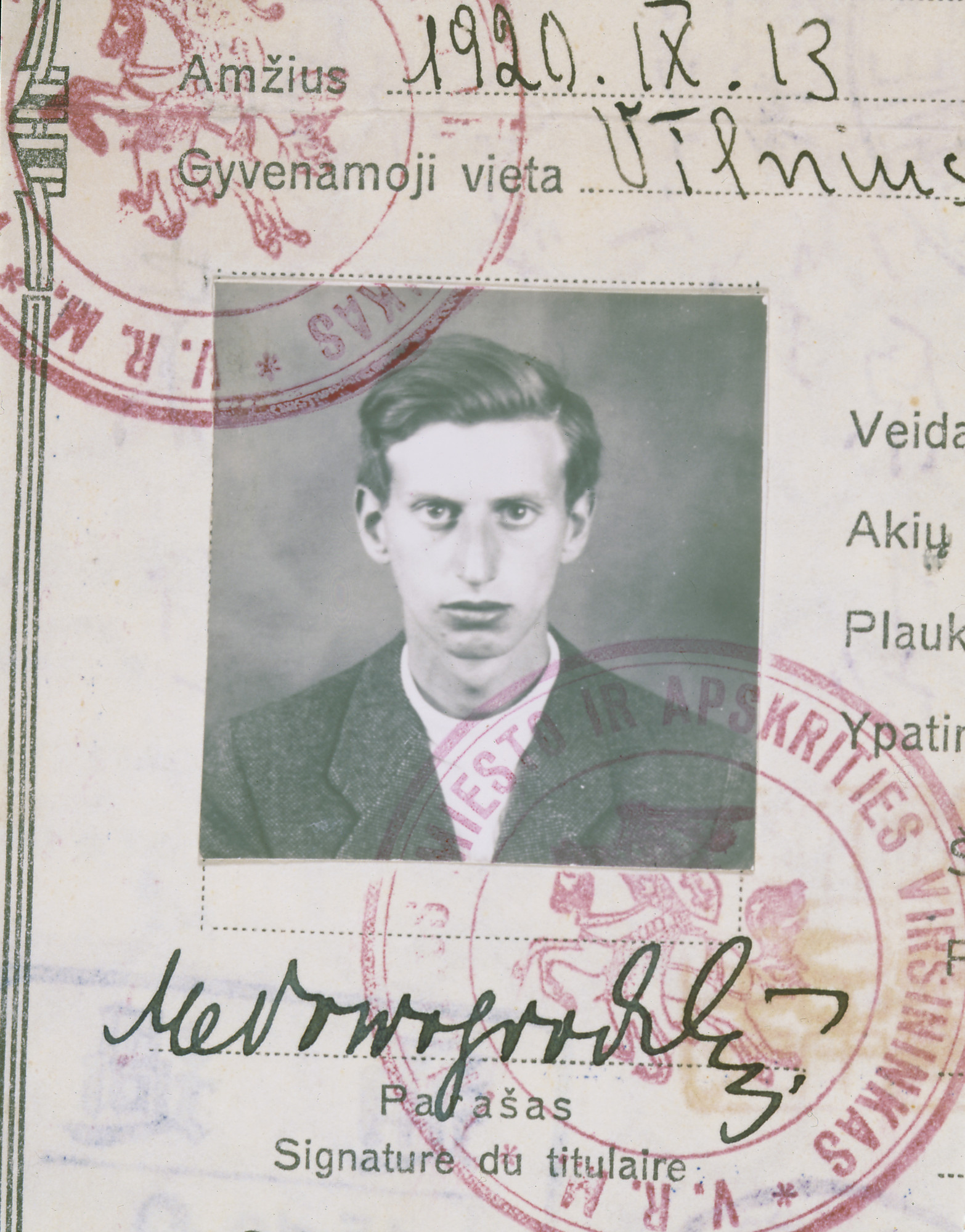 A closeup of the identification photograph adhered to the Lithuanian Safe Conduct Pass issued to Markus Nowogrodzki. This pass was eventually bound into a passport. It contains Sugihara ink stamps, two Russian transit visas, a Lithuanian stamp, an American non-immigration visa, and a Seattle entry stamp.

Sugihara visa (center left) issued with a legitimate emergency ("non-immigration") visa for the U.S. (bottom, far left) obtained in Kaunas in July 1940, one of only a few dozen U.S. visas issued before the consulate closed in mid-August, 1940.