Song sheet for the German song "Ich Darf Mich Einmal Nur Verlieben" (I May Fall in Love Only Once) performed by The Happy Boys jazz band, which toured the displaced persons camps throughout Germany from 1945 to 1949. 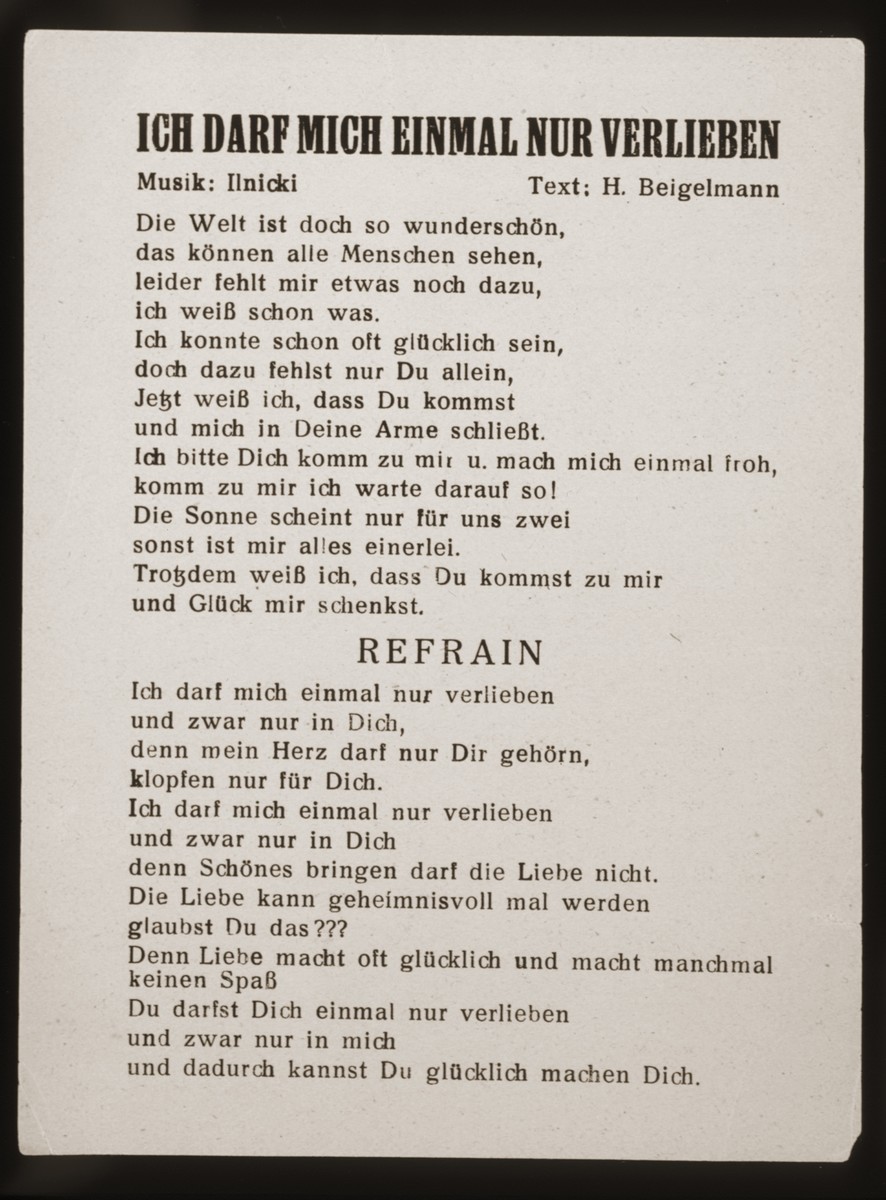 Song sheet for the German song "Ich Darf Mich Einmal Nur Verlieben" (I May Fall in Love Only Once) performed by The Happy Boys jazz band, which toured the displaced persons camps throughout Germany from 1945 to 1949.

The music for this song was composed by Ilnicki, the lyrics, by Chaim (Henry) Baigelman.

Biography
Henry Baigelman (born Chaim Baigelman) was born in Lodz, Poland to a family of professional musicians. He was trained to play both the violin and saxaphone. During the German occupation, he performed with the Lodz ghetto orchestra under the direction of his eldest brother, David, a noted composer and conductor. After the war, Chaim, together with seven fellow surviving musicians from Lodz, formed the touring jazz band The Happy Boys. The band was renowned for its lively arrangements and agreeable mixture of prewar hits, light classics, Jewish selections, and original songs about the lives and concerns of Jewish displaced persons. Chaim and his wife Gita immigrated to the United States in 1949.