A sign from the Shanghai ghetto, which reads: "Stateless refugees are prohibited to pass here without permission." 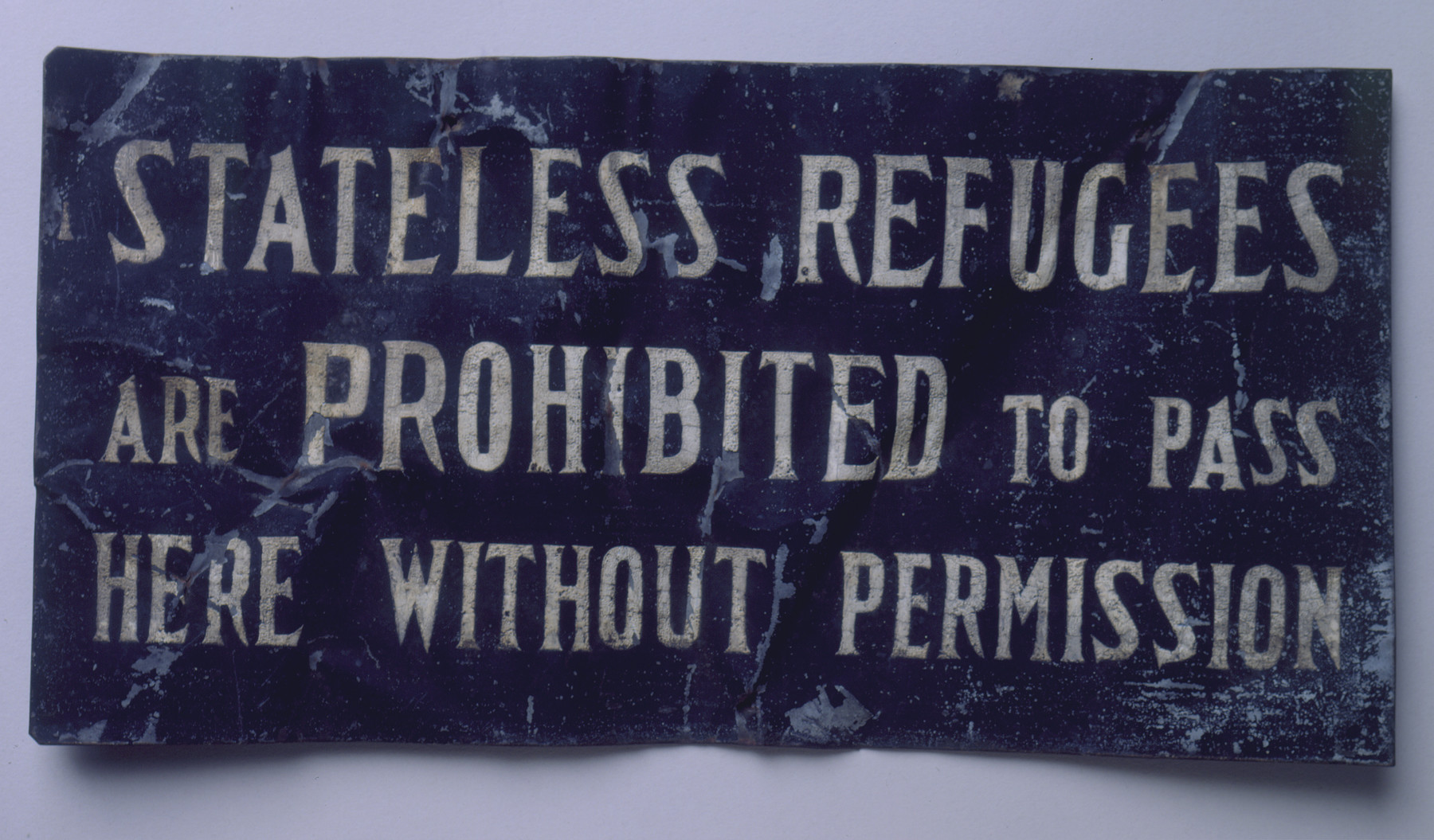 A sign from the Shanghai ghetto, which reads: "Stateless refugees are prohibited to pass here without permission."

One of many signs displayed along the ghetto's boundaries, this plaque was removed by a refugee at the end of the war.

Biography
Guenther (now Gary) Matzdorff is the son of Herbert (b. 6/16/1893) and Edith Rothe Matzdorff (b. 4/3/1899). Guenther was born on July 10, 1921 in Berlin Germany where his father was a fur wholesaler. The family identified as liberal Jews and belonged to the Juedische Gemeinde in Berlin. From 1933 to 1936 Guenther attended the Jewish boys' school on Grosse Hamburger Strasse. Afterwards, he worked as an apprentice leather goods maker for the Jewish company, Robert Hartman and Neuhahn. During the Kristallnacht pogrom in November 1938, Guenther and his father escaped arrest by riding subways the entire night while his mother and grandmother stayed home. They then hid for two weeks with a Hungarian Christian customer of Herbert until they thought it was safe to return home. In April 1939 after obtaining the necessary exit visas, the family went to Genoa, Italy and boarded the S.S. Victoria for Shanghai. Before 1941 Guenther worked for a brokerage firm, but after the Japanese attack on Pearl Harbor he spent the rest of the war performing odd jobs such as helping in a bakery and delivering coal. Guenther also belonged to the boy scouts and the Zionist Betar group. He married in March 1947 in Shanghai and immigrated the following year to the United States.