Group portrait of religious Jewish refugees from Poland at a dinner in Shanghai. 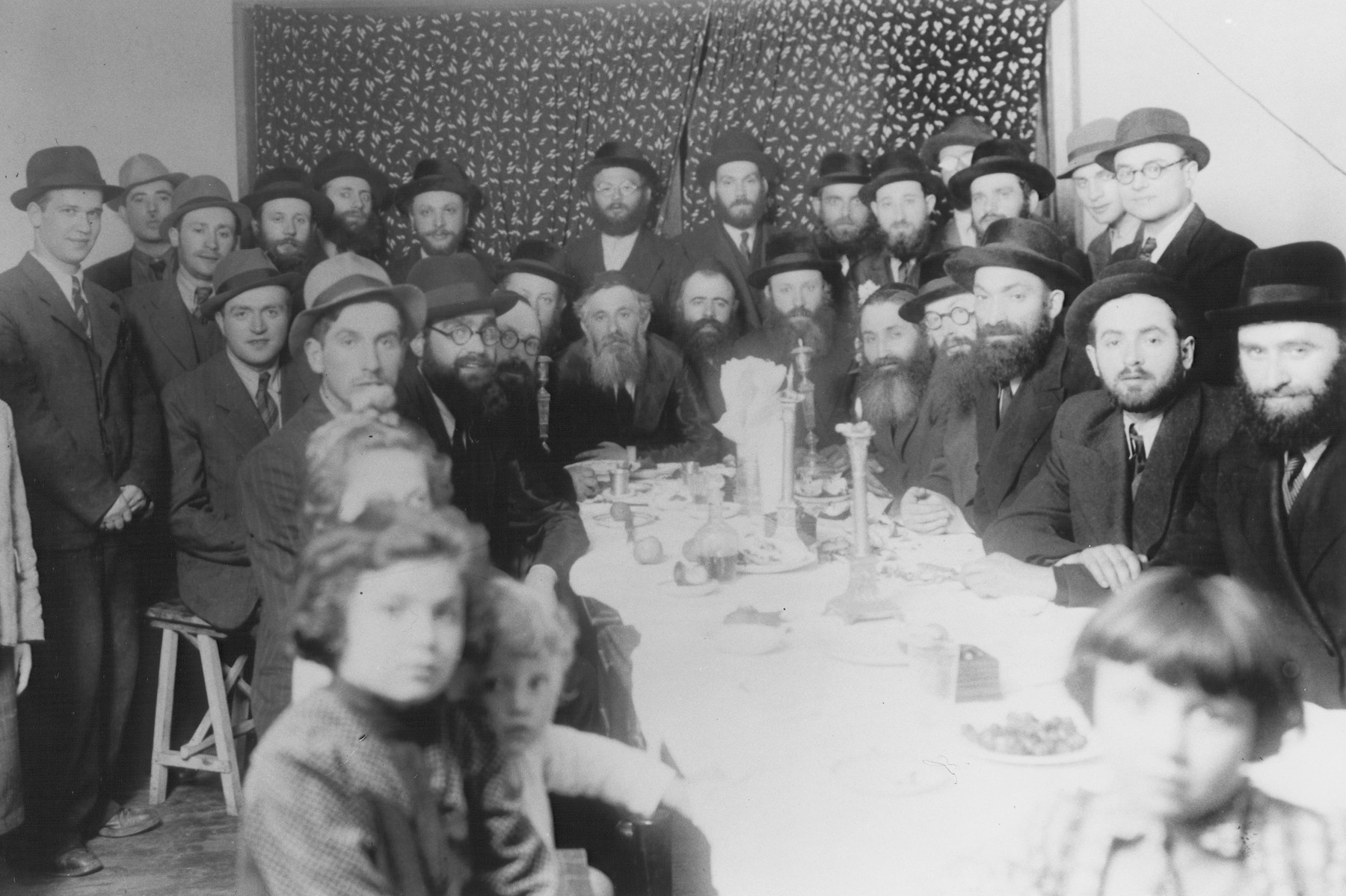 Group portrait of religious Jewish refugees from Poland at a dinner in Shanghai.

Among those pictured are Rabbi Walkin and his daughters.

Biography
Benyamin Gelbfish (born Bejnisc Gelbfisz) is the son of Shlomo Yosef (Zalman) Gelbfisz (b. 1892) and Syma Yehudit (b. 1896).Bejnisc was born August 7, 1921 in Siedlce, Poland. He had three older siblings: Abram Dawid, Esther and Faige, and a younger sister Sara. In 1936, Bejnisc went to study at the prestigious Chochmei Lublin yeshiva in Lublin. After the German invasion of Poland in September 1939, the Polish army confiscated the yeshiva building for use as a hospital, and Bejnisc fled to Vilna to escape the bombing together with two other students. His brother and sister Faige soon joined him there, and on August 31, 1940 the two brothers managed to obtain Dutch and Japanese visas allowing them to escape to the Far East. Feyge escaped to Palestine via Istanbul. Bejnisc could only scrape together enough money to pay for the train tickets at the last minute. By then most places required that tickets be purchased with dollars, and Bejnisc was among the last people permitted to purchase tickets with rubles. Bejnisc departed on his voyage to the Far East from Lithuania on February 10, 1941. He traveled first to Minsk and then to Moscow, where he boarded the Trans-Siberian Railroad to Vladivostok. From there he sailed to Tsuruga, Japan, and then to Kobe, where he had to be hospitalized because of a knee problem. In the fall of 1941he was transferred to Shanghai, where he was confined much of the time in the Jewish hospital in the French Concession. His prior work as a shochet (ritual slaughterer) prepared him to be a knife sharpener, and from his hospital bed in Shanghai he worked sharpening hypodermic needles and scalpels. Eventually the nurses brought him clocks to repair, as well. After the war, Bejnisc made a living fixing watches for American servicemen in Shanghai. Subsequently, he applied for a visa and immigrated to the United States, where he became a rabbi and also established a jewelry business. After the war Bejnisc learned that his parents were killed in Treblinka on December 30, 1942. His youngest sister, Sara, was shot near the family's home in Siedlce during the first year of the war. His older sister Esther had been on the same deportation train as his parents, but at their insistence, she jumped from the train and survived the war in hiding as a Pole.