Jewish DPs take part in a public ceremony at the dedication of the Bergen-Belsen memorial. 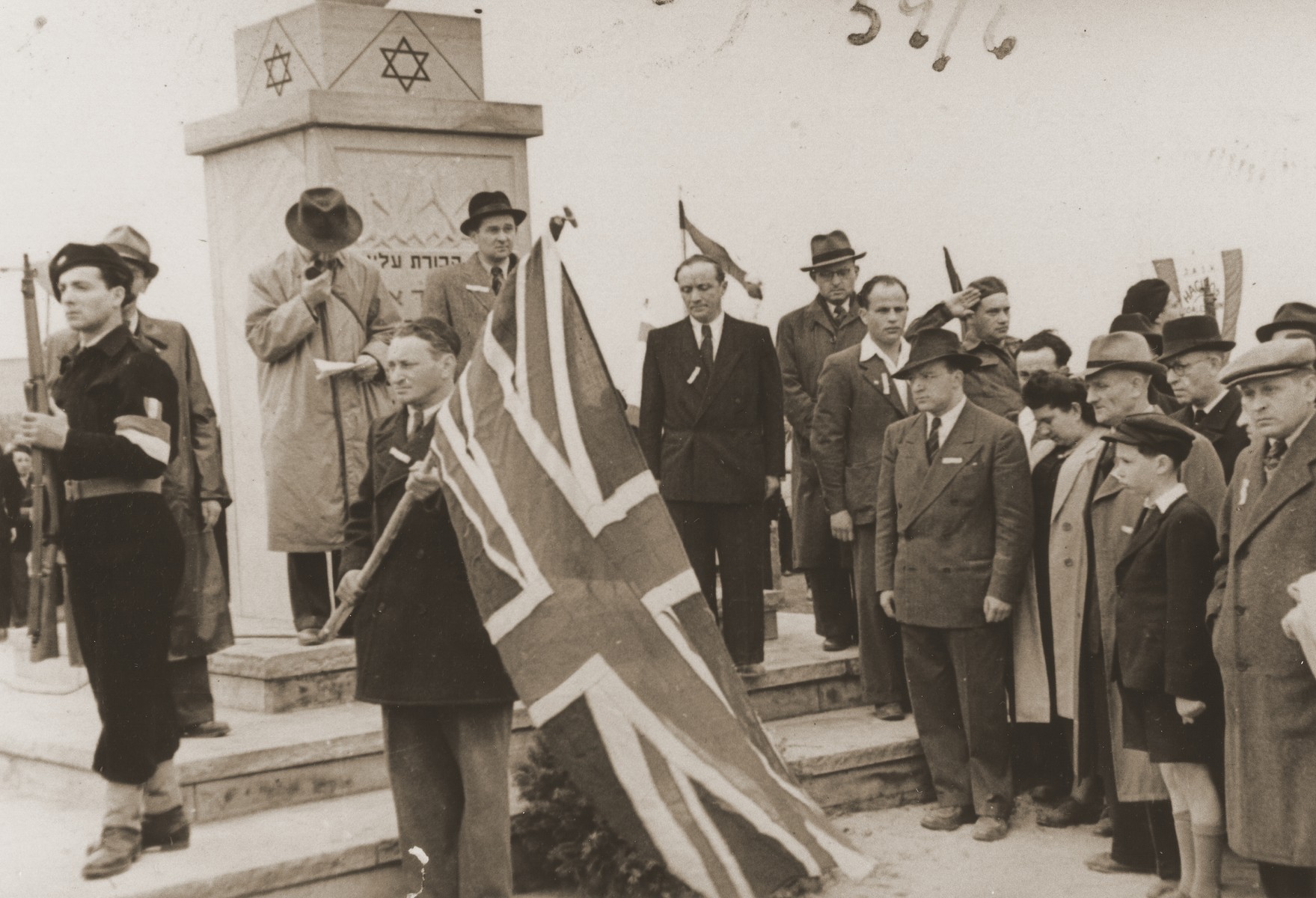 Jewish DPs take part in a public ceremony at the dedication of the Bergen-Belsen memorial.

Pictured in front of the pillar on the right are Paul Trepman and Raphael Olewski. At the right are Josef Rosensaft, Shmayahu Bloch, Norbert Wollheim, Hadassah Bimko, Simcha Winik (saluting) and Shmuel Weintraub.