Two Jewish displaced persons look out the windows of the Betar headquarters in the Bergen-Belsen DP camp. 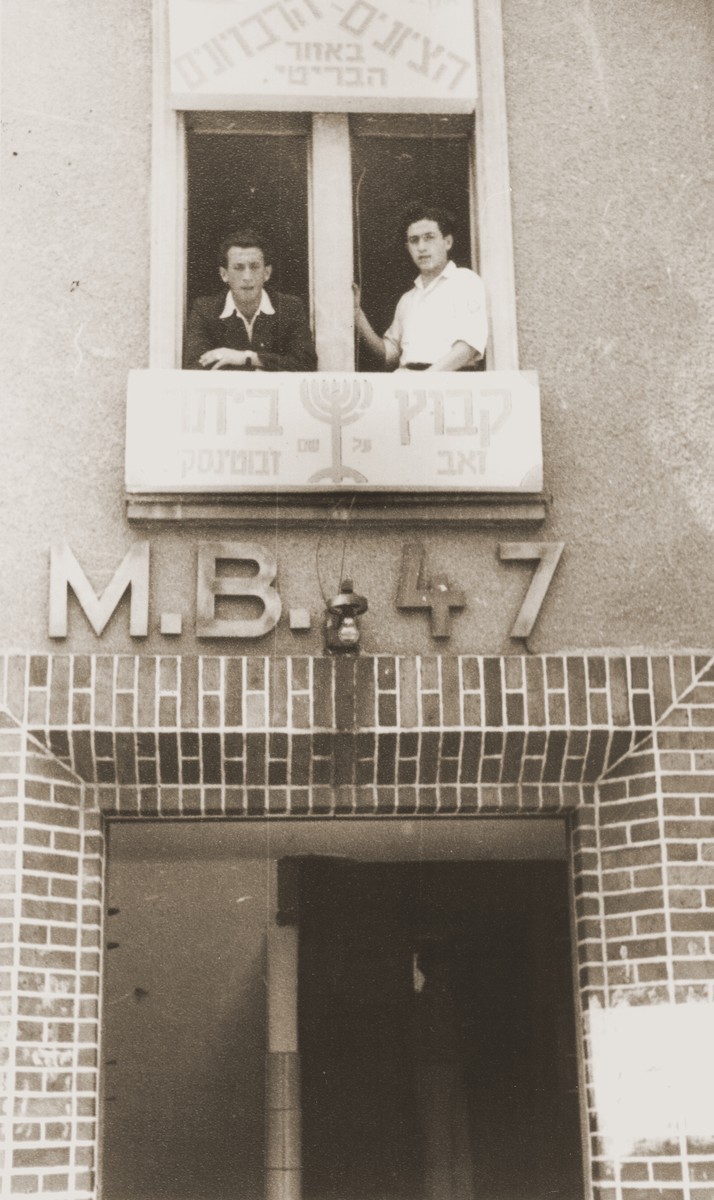 Two Jewish displaced persons look out the windows of the Betar headquarters in the Bergen-Belsen DP camp.

Pictured on the right is Israel Zaks.