Selma Bendremer and Mr. Francel, an UNRRA representative from the United States, wait with a group of orphans for the buses that will take them to Hanover, where they will catch a train to Marseille. The second boy from the right is Peter Salomon (Peter Ruben Lewkowitz) now known as Yiphtach Ronen. 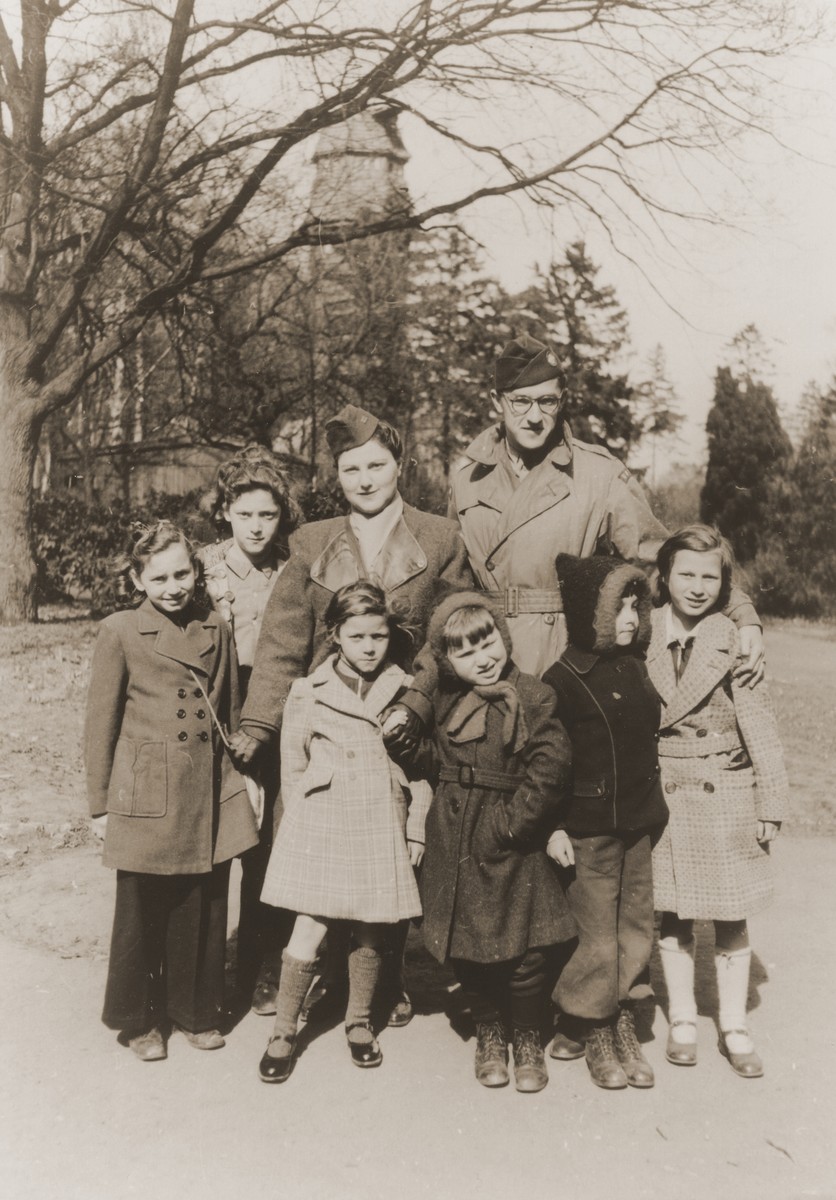 Selma Bendremer and Mr. Francel, an UNRRA representative from the United States, wait with a group of orphans for the buses that will take them to Hanover, where they will catch a train to Marseille. The second boy from the right is Peter Salomon (Peter Ruben Lewkowitz) now known as Yiphtach Ronen.

Event History
The sixteen acre Kosterberg estate owned by Max Warburg, the prosperous Hamburg Jewish banker, had been in the family for generations. In October 1941 it was seized by the Nazi regime and turned over to the army for use as officers' quarters and a military hospital. Following the German defeat, the British established a field hospital on the premises. A few months later, Eric Warburg (Max's son) returned to Germany and requested the return of the property. As a member of the Joint Distribution Committee's board of directors (his uncle Felix Warburg was one of the founders of the JDC), Eric decided to turn over the estate to the JDC for use as a shelter for Jewish orphans rescued from the concentration camps. Hundreds of children (most of them liberated in Bergen-Belsen and Theresienstadt) passed through the Warburg home in the three years of its operation.

https://www.ushmm.org/wlc/en/article.php?ModuleId=10005367.
Biography
Sally Wideroff (born Sally Bendremer), a JDC relief worker, spent thirteen months in the British Zone of Germany where she worked first in the Bergen-Belsen displaced persons camp and later at the Warburg children's home in Hamburg-Blankenese. While in Bergen-Belsen, Sally served as the liaison between representatives of the JDC, UNRRA and the DP camp's Central Jewish Committee. She also worked to establish educational, recreational and cultural programs for the DPs, including a camp library and film program. Sally was instrumental in opening the Warburg children's home, where she served as the JDC's child welfare specialist. In April 1946 she escorted a group of 105 orphans from the home to Marseilles, on the first leg of their journey to Palestine. In Marseilles the Warburg home orphans joined another group of children to form the first postwar Youth Aliyah transport.