Members of a Haganah unit pose with their rifles. 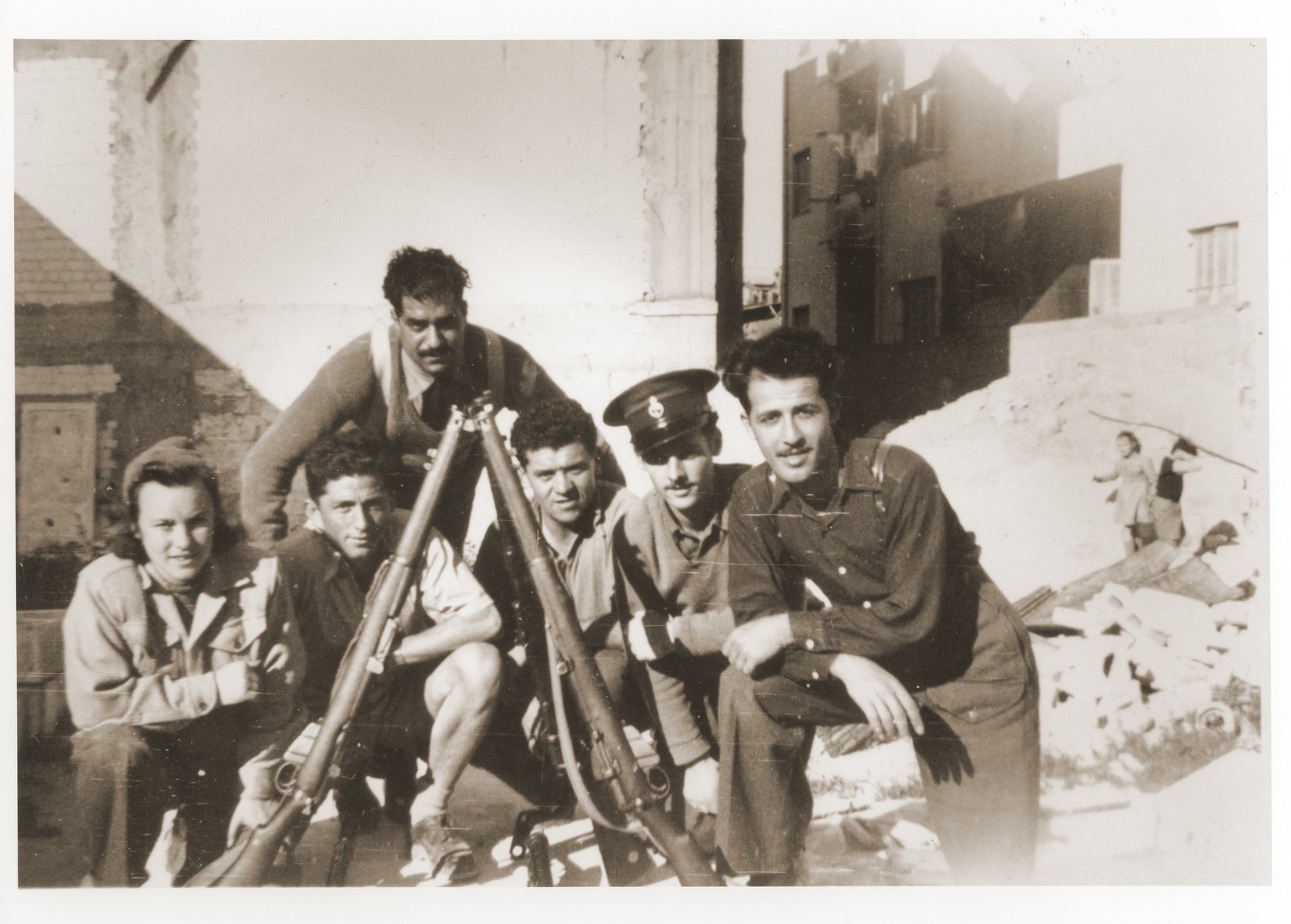 Members of a Haganah unit pose with their rifles.

Among those pictured is Saba Fiszman.