Class portrait of students at the Jewish public school in Mlawa, Poland. 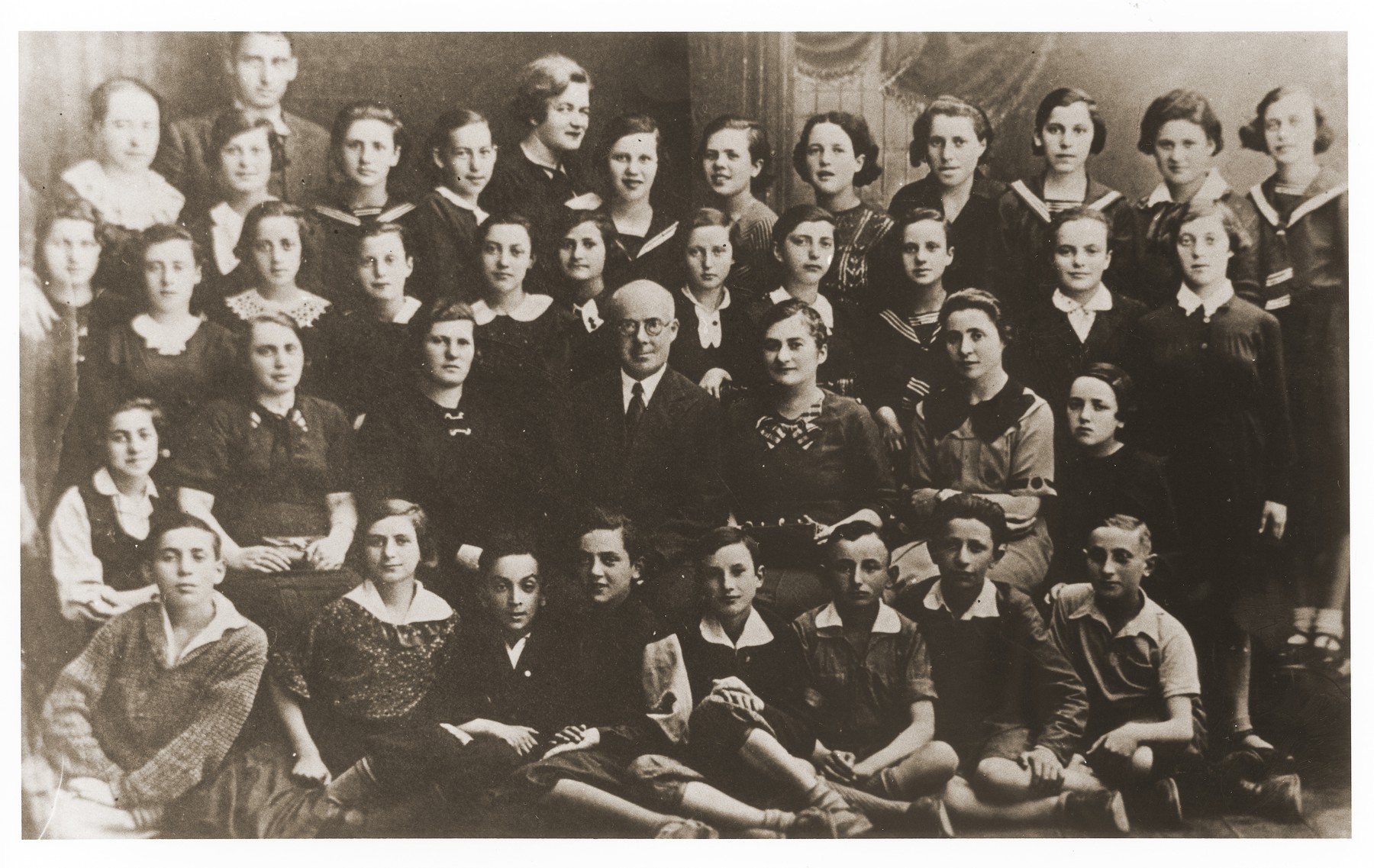 Class portrait of students at the Jewish public school in Mlawa, Poland.

Gittel Blankitner is seated in the second row from the front on the far right.