Group portrait of survivors from Borislov and Drohobycz, who have assembled at the Foehrenwald displaced persons camp to commemorate "the fourth anniversary of the first pogrom in the Borislov-Drohobycz ghetto." 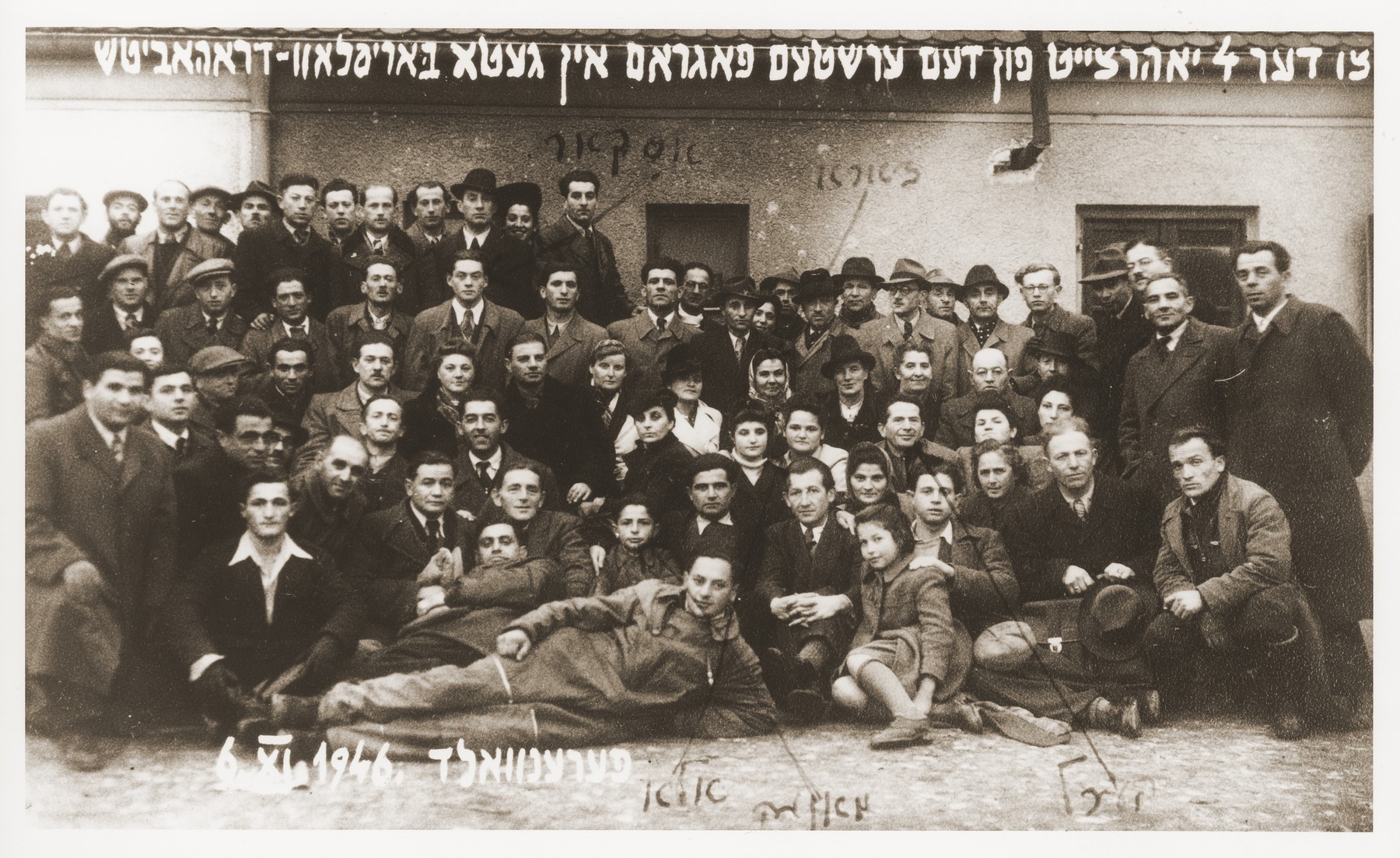 Group portrait of survivors from Borislov and Drohobycz, who have assembled at the Foehrenwald displaced persons camp to commemorate "the fourth anniversary of the first pogrom in the Borislov-Drohobycz ghetto."

Among those pictured are Oskar Littman and the Einsiedler and Herzig families.

Biography
George Oscar Lee (born Oskar Littman) is the son of Jakob and Pearl (Einsiedler) Littman. He was born September 1, 1924 in Drohobycz, Poland, where his parents ran a store. Oskar had one sibling, Edzia (b.1928). Shortly after the outbreak of World War II, Oskar fled with his father to the Soviet Union. His mother and sister stayed behind and later perished. In 1941, Oskar was arrested by the NKVD. He escaped and joined the Polish army-in-exile then forming in the Soviet Union. His unit consisted of 100 men of whom four were Jews. Oskar remained in the army until September 1945. He then left Poland for Germany and settled in the Foehrenwald displaced persons camp. There, Oskar organized and headed the camp's fire department, making use of whatever used German equipment he could find. In Foehrenwald Oskar met and married his first wife, Gisella Lachs. They left Germany and immigrated to the United States in November 1948, traveling on the SS General Black.