Children from the JDC children's home in Blankenese pose in front of a train in the Bergen-Belsen station before their departure for Palestine. 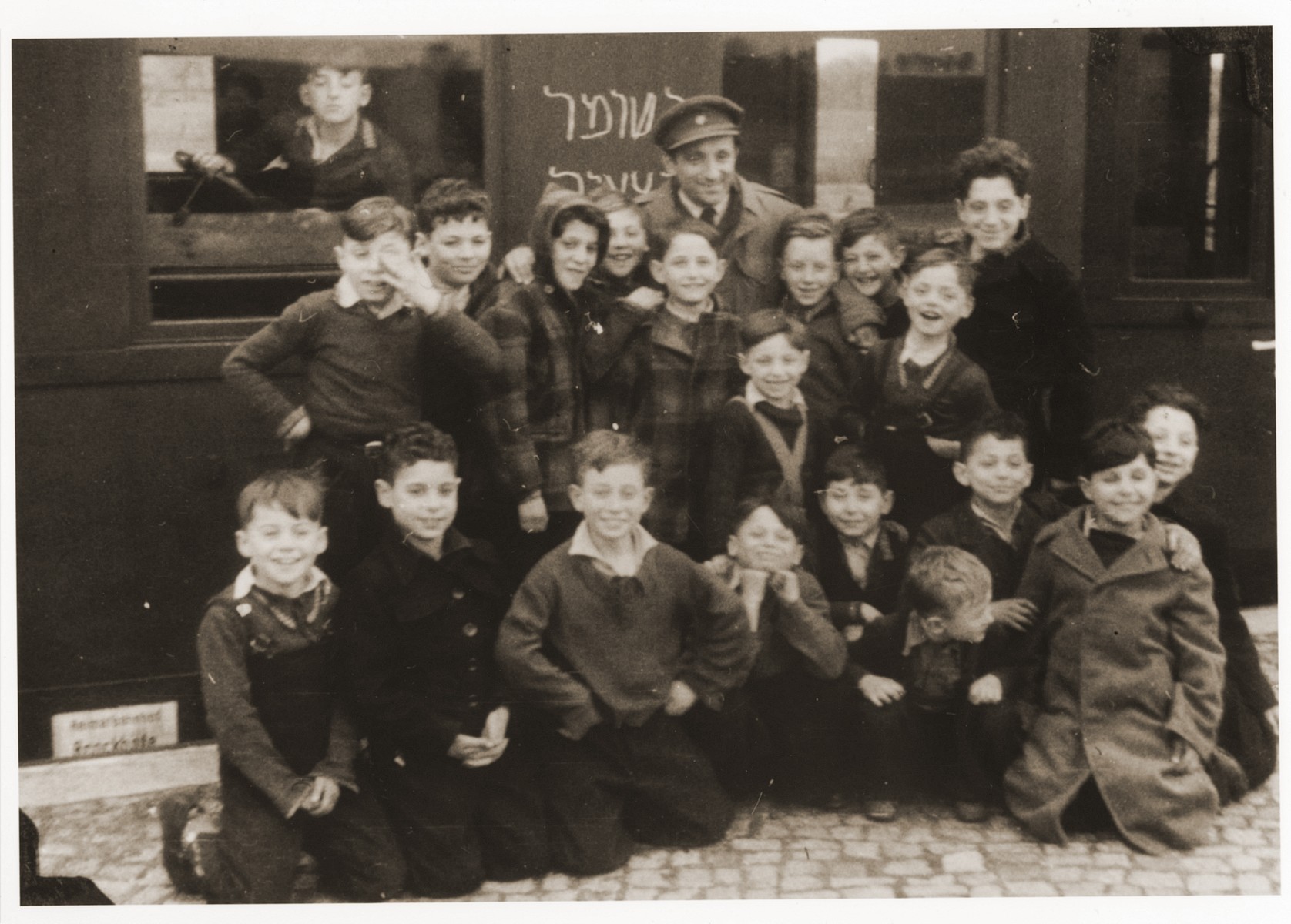 Children from the JDC children's home in Blankenese pose in front of a train in the Bergen-Belsen station before their departure for Palestine.

Chalked on the train in Hebrew are the words, Hashomer Hatzair, the name of a Zionist youth movement.