David Penner poses outside his dry goods store in Berlin. 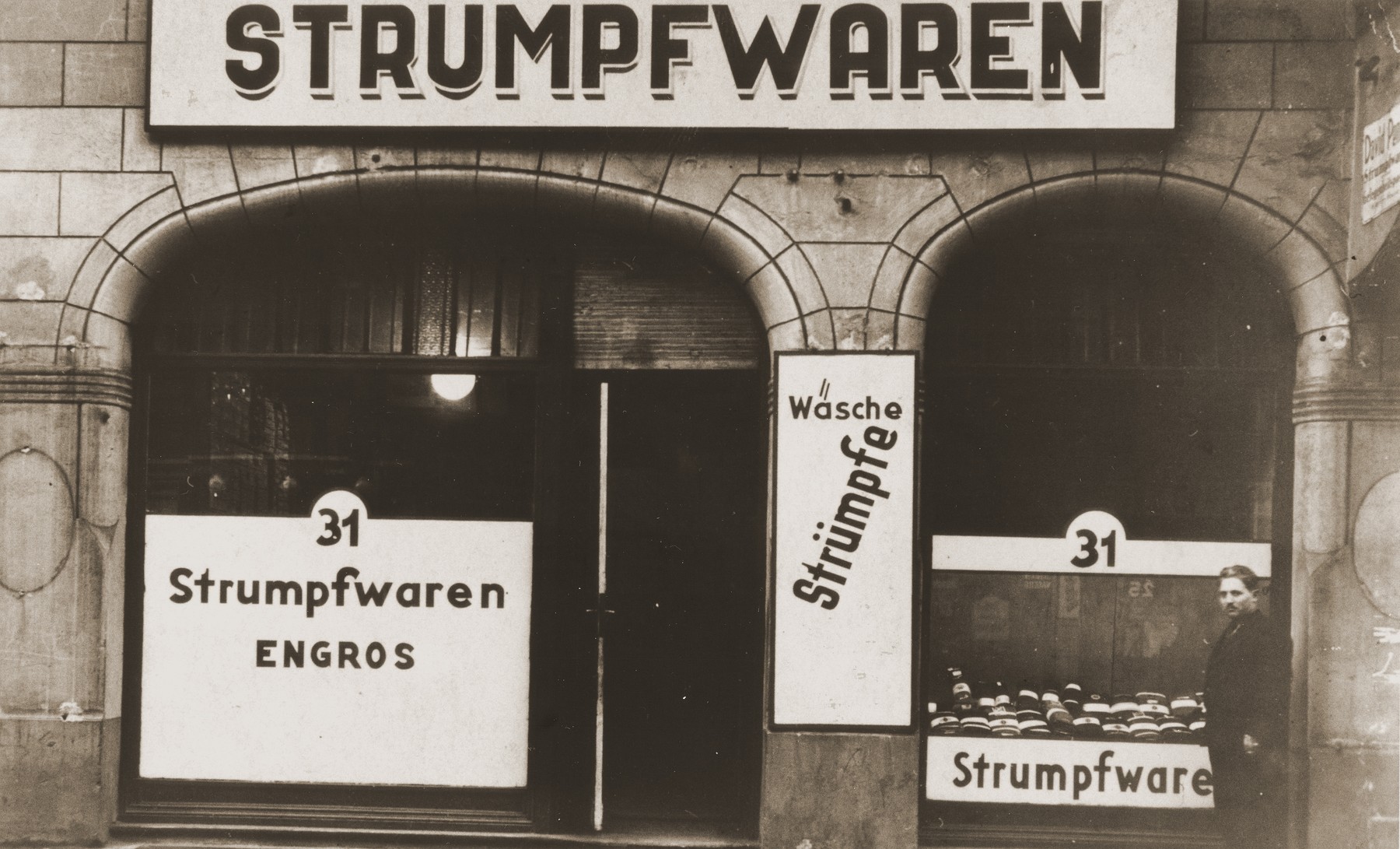 David Penner poses outside his dry goods store in Berlin.

Biography
Ilona (later Blech) and Kurt Penner are the twin children of David and Janka (Kiegel) Penner. David was a Polish Jew from Krakow, and Janka, a Hungarian Jew from Budapest. The two met in Vienna and subsequently moved to Berlin, where they operated a hosiery store. The twins were born in Berlin on June 27, 1928. The family remained together in Berlin through the early years of the Third Reich, but in March 1939 Ilona and Kurt were sent to England for their protection. Janka's sister, Rose Kiegel, who was working as a domestic in London at the time, helped facilitate their emigration. Arrangements for their care were handled by the Bloomsbury House, which placed the twins separately. Jack and Becky Bernstein took Ilona into their home in London and served as her foster-parents. The Bernsteins had a daughter, Hilda, who was two years younger than Ilona and became her close friend. In 1940 David and Janka left Berlin, going to Belgium and France. David and Janka were then interned separately by the French police before escaping to North Africa. From there they secured passage to the United States in 1941. After the start of World War II, Ilona and Hilda, along with their entire public school, were evacuated from London to Sussex. After Hilda's parents moved to Luton in Bedfordshire in 1941, the girls rejoined them there. Ilona attended public school and later secretarial school. Eventually, the Refugee Committee decided that Ilona should begin working. She returned to London in the summer of 1943 to work in the office of Ernest I. Ascher, a string and twine business, and stayed in a hostel. Her brother Kurt immigrated to the United States in 1943, and a few months later in October 1943, Ilona also immigrated and reunited with her family in Brooklyn, NY.