Jewish refugees at work in a metalshop in the Pingliang Road Home in Shanghai. 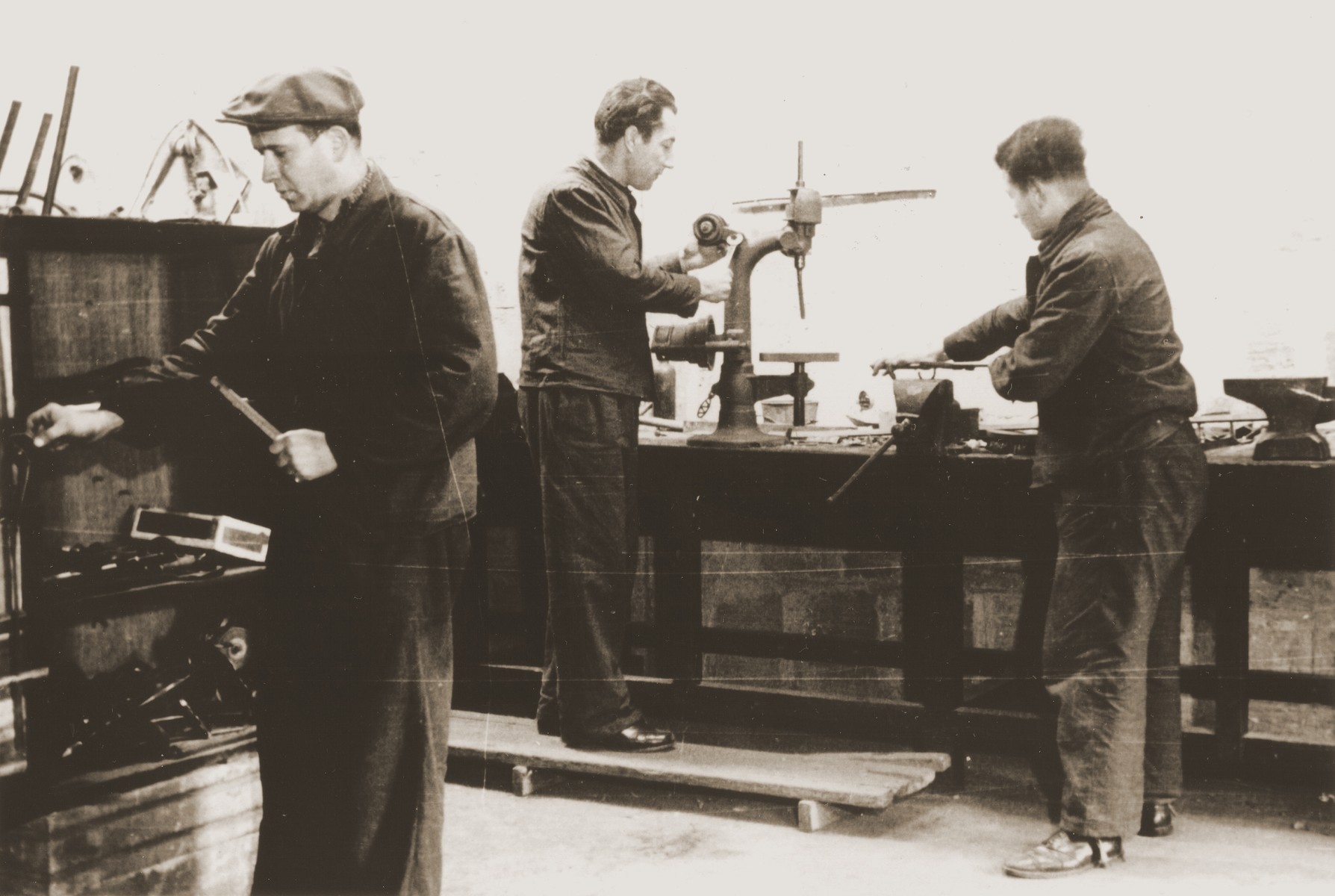 Jewish refugees at work in a metalshop in the Pingliang Road Home in Shanghai.

Pictured at the left is Viktor Stummer.

Event History
One image from a photograph album assembled by the Committee for the Assistance of European Jewish Refugees in Shanghai in order to document their relief efforts to the American Jewish Joint Distribution Committee, which funded their work. The album is housed in the JDC Archives, New York.

https://encyclopedia.ushmm.org/content/en/article/german-and-austrian-jewish-refugees-in-shanghai. https://encyclopedia.ushmm.org/content/en/article/american-jewish-joint-distribution-committee-and-refugee-aid.
Biography
Ralf Harpuder, the son of Hans and Gerda Lewin Harpuder, was born April 12, 1934, in Berlin. He had one sister, Ursula (b. 1924). Ralf's father earned his living as a salesman; his mother was a shopkeeper. The Harpuders remained in Germany through the first five years of the Third Reich, but by the end of 1938, their situation had become untenable. After Kristallnacht, Hans was forced to live in hiding to evade arrest. Early in 1939, the family (including Ralf's maternal grandmother, Selma Lewin) secured passage aboard the SS Conte Verde, which sailed from Trieste to Shanghai in March.