Publicity photo of the child violinist Hellmut Stern playing in the courtyard of his home in Harbin, China. 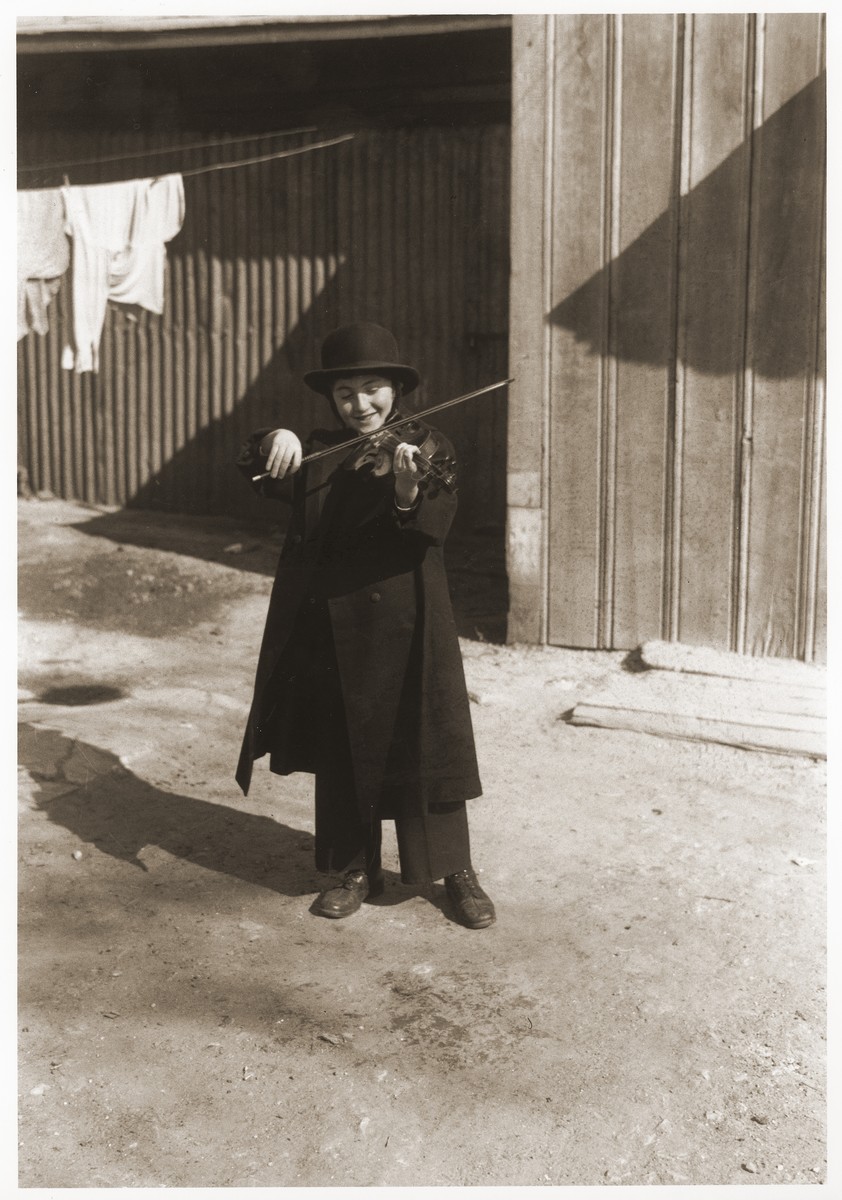 Publicity photo of the child violinist Hellmut Stern playing in the courtyard of his home in Harbin, China.

Advertised as "Yidel Mit'n Fidel" (a reference to the popular Yiddish drama), Hellmut was engaged to go on tour playing Jewish music to the refugee community in the Far East.

Biography
Hellmut Stern is the son of Deitmar and Ilse (Wolff) Stern. He was born on May 21, 1928 in Berlin, where his father was employed as a singing teacher, and his mother as a pianist. Hellmut began playing violin at the age of nine. During the late 1930s, he had his pick of music teachers, since so many Jewish musicians had been forced out of work. In the fall of 1938 Hellmut's parents secured papers to go to Shanghai and booked passage on the Conte Bianco that was departing from Italy. Less than two weeks after Kristallnacht the Stern family left Berlin and made their way to Italy. Soon after their arrival in Shanghai, Hellmut's mother determined they would be better off going to Harbin. The Sterns lived out the war in Harbin and in 1949 immigrated to Palestine, where Hellmut played violin with the Israeli Philharmonic. Later he moved back to Berlin and performed with the Berlin Philharmonic orchestra.