View of the entrance and display window of the Baergo butcher shop in Amsterdam, owned by Ernst Baer, a German Jewish emigre. 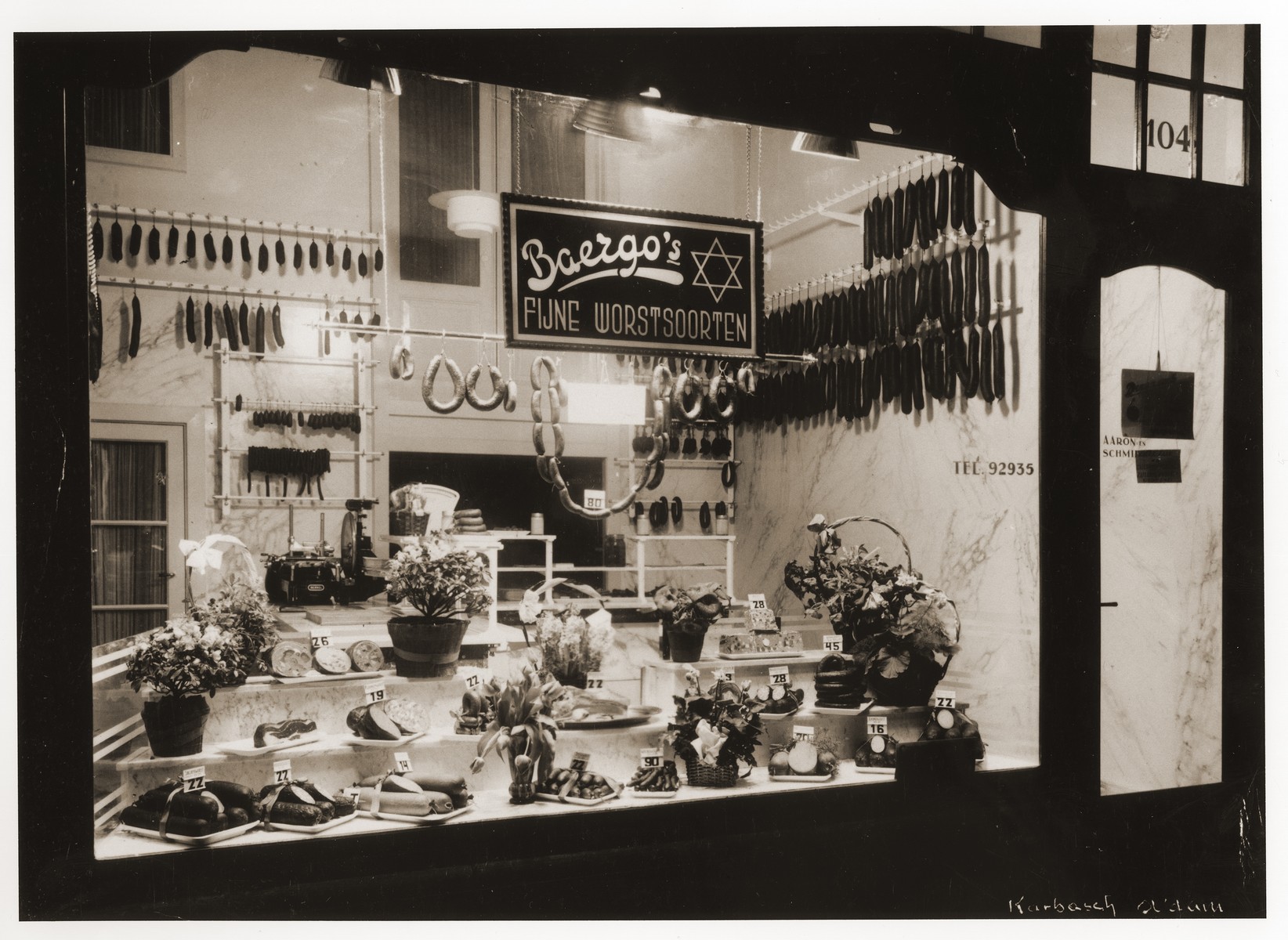 View of the entrance and display window of the Baergo butcher shop in Amsterdam, owned by Ernst Baer, a German Jewish emigre.

Biography
Lore Baer is the daughter of Ernst and Edith Schmidt Baer. Lore was born in Amsterdam on August 26, 1938, five years after her parents left Nazi Germany. Before their emigration, Lore's parents had lived in Frankfurt, where Ernst earned his living as a salesman. Once in Amsterdam, he and his friend Herbert Gottschall opened a butcher shop called Baergo's (Baer and Gottschall, Inc.). Edith helped in the store while her father took care of Lore. They continued to live in their home during the first years of the occupation, but one evening, two uniformed police entered the apartment and arrested Lore's grandfather. He was sent to Bergen-Belsen where he perished. Lore's parents met Elsa and Sam Izaaks who were affiliated with the Dutch underground. He was Jewish, and she was Dutch. They agreed to find a hiding place for Lore and a separate one for Ernst and Edith since it was too dangerous for the family to hide together. Lore was given shelter by Theodorus and Maria Schouten, a late-middle aged Catholic couple with five children, while her parents were hidden close by. Their twenty-five year old daughter Cornelia also cared for Lore as a surrogate parent. Theodorus Schouten, a dairy farmer, was once almost arrested for refusing to deliver milk to the German army. Both Lore and her parents survived the war. After the war Lore's parents came to retrieve her, but she did not want to leave the Schoutens who she now considered to be her real family. Despite this she returned to Amsterdam with her parents, and two years later the family immigrated to the United States. In 1992 Theodore, Maria and Cornelia Schouten were recognized as Righteous Among the Nations.