A teacher leads a group of young children in a circle dance at the Shanghai Jewish Youth Association School. 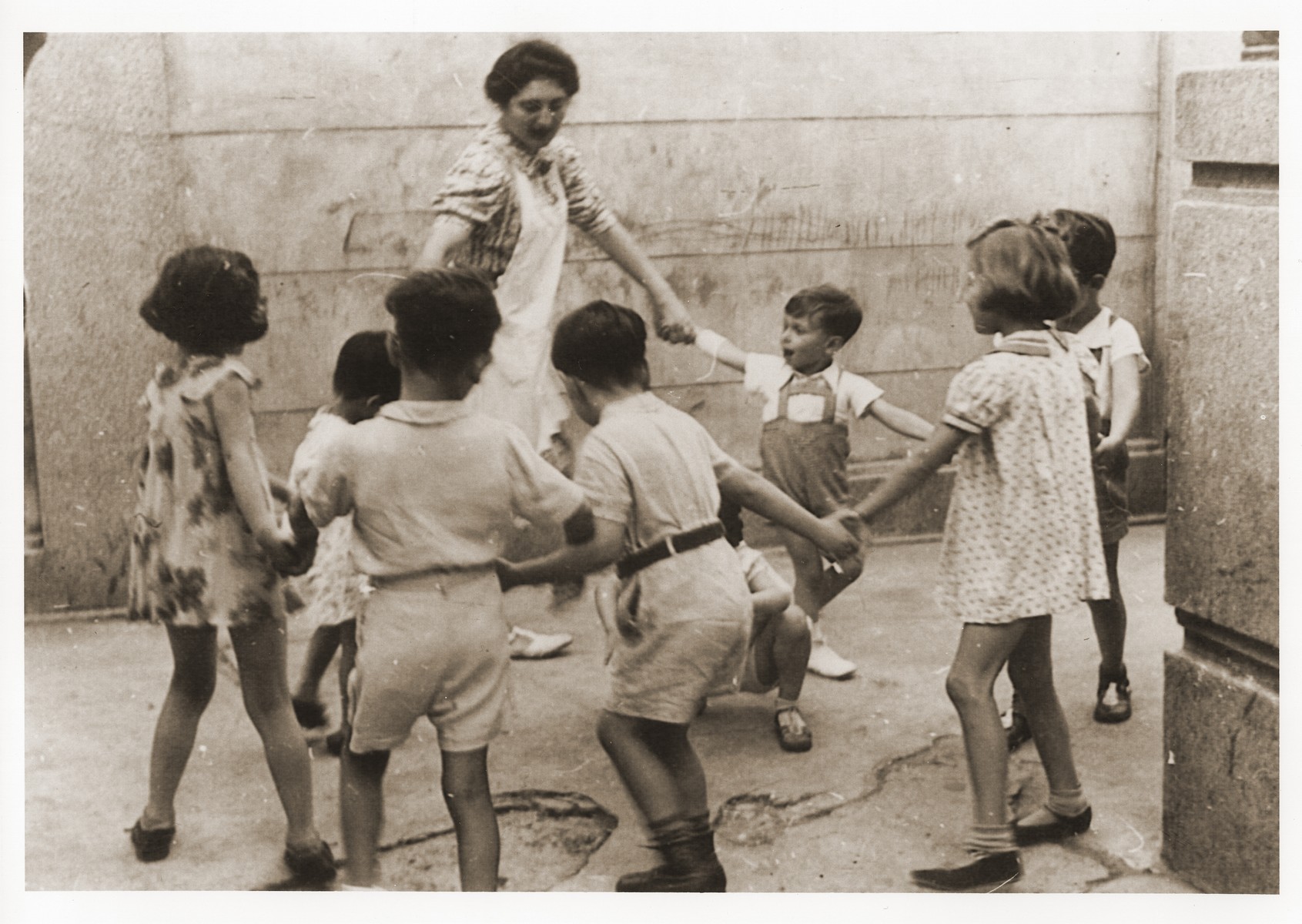 A teacher leads a group of young children in a circle dance at the Shanghai Jewish Youth Association School.

Among those pictured is Wolfgang Gotthelf (far right, partially hidden from view). His aunt is the teacher.