Wedding portrait of Magda Shiller and Miklos Blauhorn taken in the Shiller's back yard. 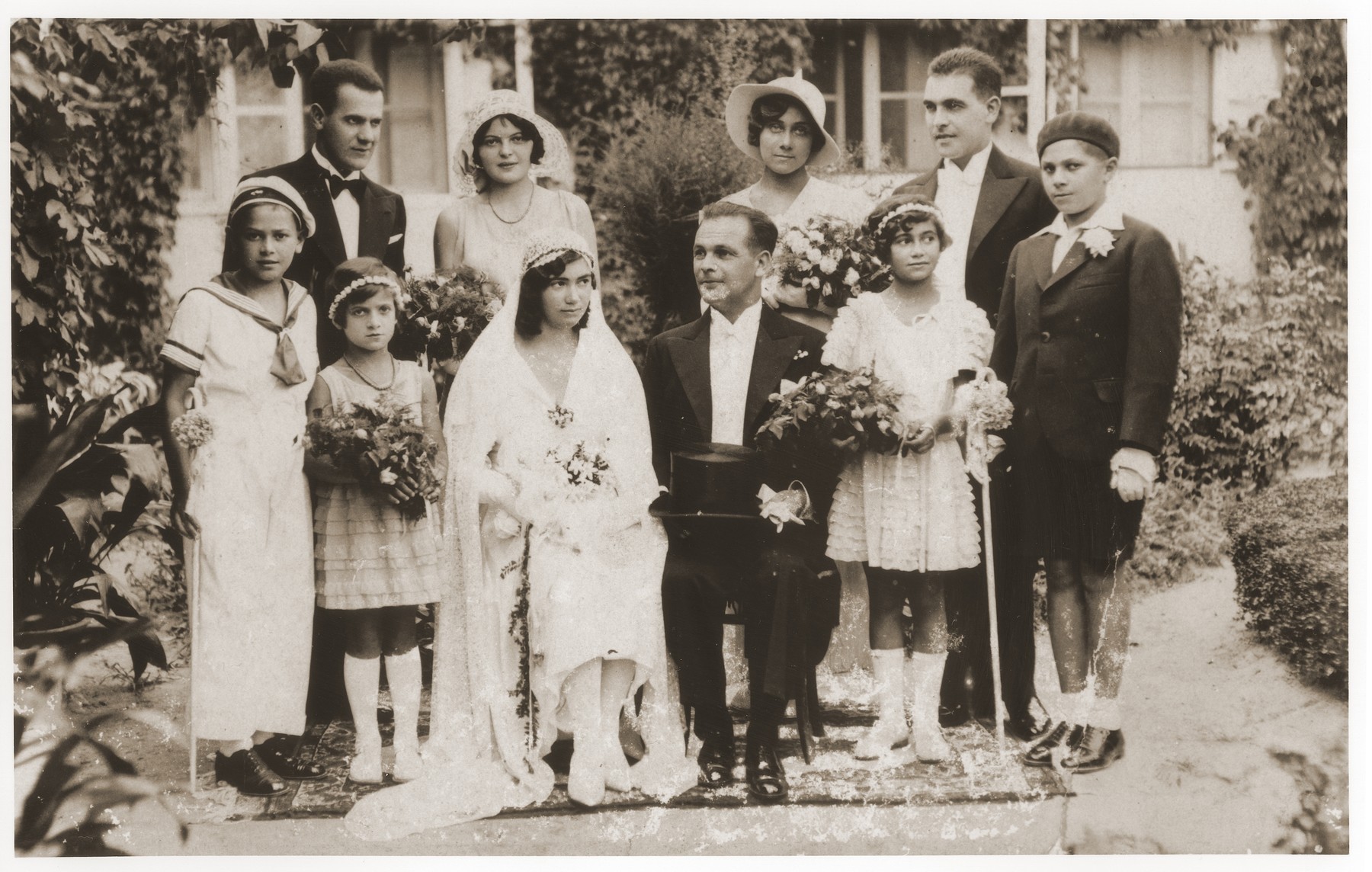 Wedding portrait of Magda Shiller and Miklos Blauhorn taken in the Shiller's back yard.

Pictured in the front row from left to right are, Ivan Singer, Ana Singer, Magda Shiller, Miklos Blauhorn, Olga Shiller and Yelinek Josko. Behind Ivan is Gabor Schwartz. All those pictured except Ivan perished during World War II.

Biography
Ivan Singer is the son of Josif and Ilonka (Swartz) Singer. He was born August 1, 1922 in Vrsac, Yugoslavia, where his father was a physician. Ivan had one sister, Ana (b. 1925). On April 11, 1941 the Germans occupied Vrsac, and on July 14 all its Jewish residents were deported to Belgrade. The men were subsequently executed and the women and children were imprisoned in Sajmiste, a concentration camp near Zemun. At the beginning of March 1942, those who had survived the winter in Sajmiste were taken out in small groups and killed in gas vans. All of Ivan's female relatives and young cousins perished in this manner. Ivan fled from Belgrade to Split on December 26, 1941. The next month he had his photo taken in order to obtain a false identity card. To his horror, the photographer decided to place an enlarged copy of his photograph in the window of the shop. This led to his arrest on May 10, 1942. From Split, Ivan was deported to the Scipione di Salsomagiore internment camp in Italy and then transferred to Ferramonti in July 1943. He was liberated several weeks later by the British 8th Army on September 5, 1943. Ivan then joined the Yugoslav partisan movement and fought in Bosnia and Montenegro. In August 1944 he was sent to pilot-training school in Russia. After the war Ivan served in the Yugoslav Air Force until his resignation in 1961.