Group portrait of German girls posing outside their school in front of a Nazi flag. 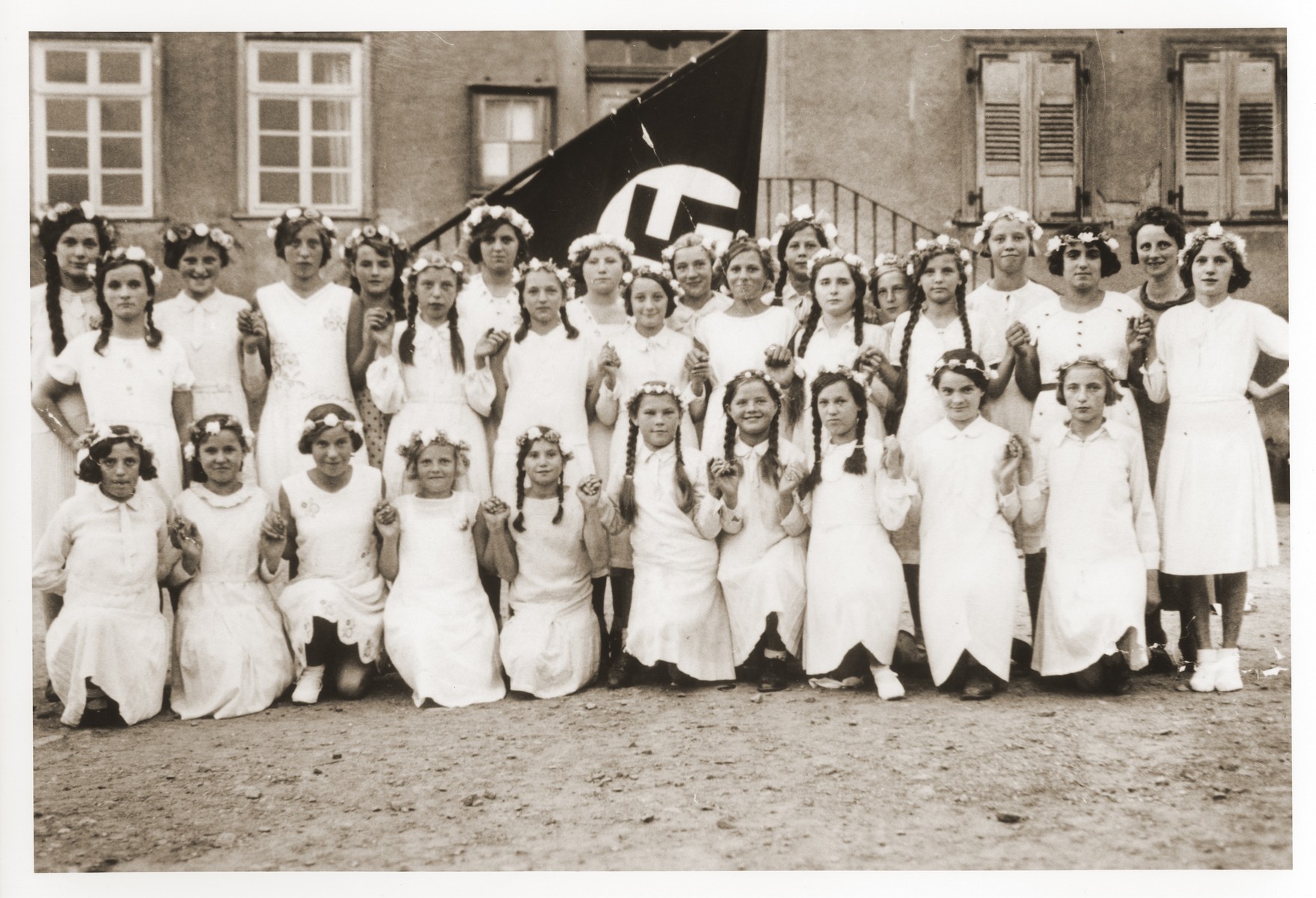 Group portrait of German girls posing outside their school in front of a Nazi flag.

Among those pictured is Lilli Eckstein six months before she was expelled from the school for being Jewish.

Biography
Lilli Stern (born Lilli Eckstein) is the daughter of Gustav and Bertha (Speier) Eckstein. She was born November 1, 1921 in Heldenbergen (near Frankfurt), where her father ran a business that had been in the family for generations. She had one brother. In 1937 after the Ecksteins were forced to sell their home and their business was Aryanized, they moved to Frankfurt. On Kristallnacht Lilli's father was among the hundreds of Jewish men who were arrested. The family won his release after assuring the authorities that they were preparing to immigrate to South Africa, where they had relatives. The Ecksteins departed December 20, 1938. (Lilli's brother left several months before the rest of the family.) Upon their arrival they went to live in Swaziland, where their first home was an abandoned mine. Subsequently Lilli met and married Freidel Stern, another German refugee, and the family settled in Johannesburg.