Red Cross letter sent from Erich Glasfeld in Berlin to his daughter Ursel in London right before he and his wife were deported to Theresienstadt. 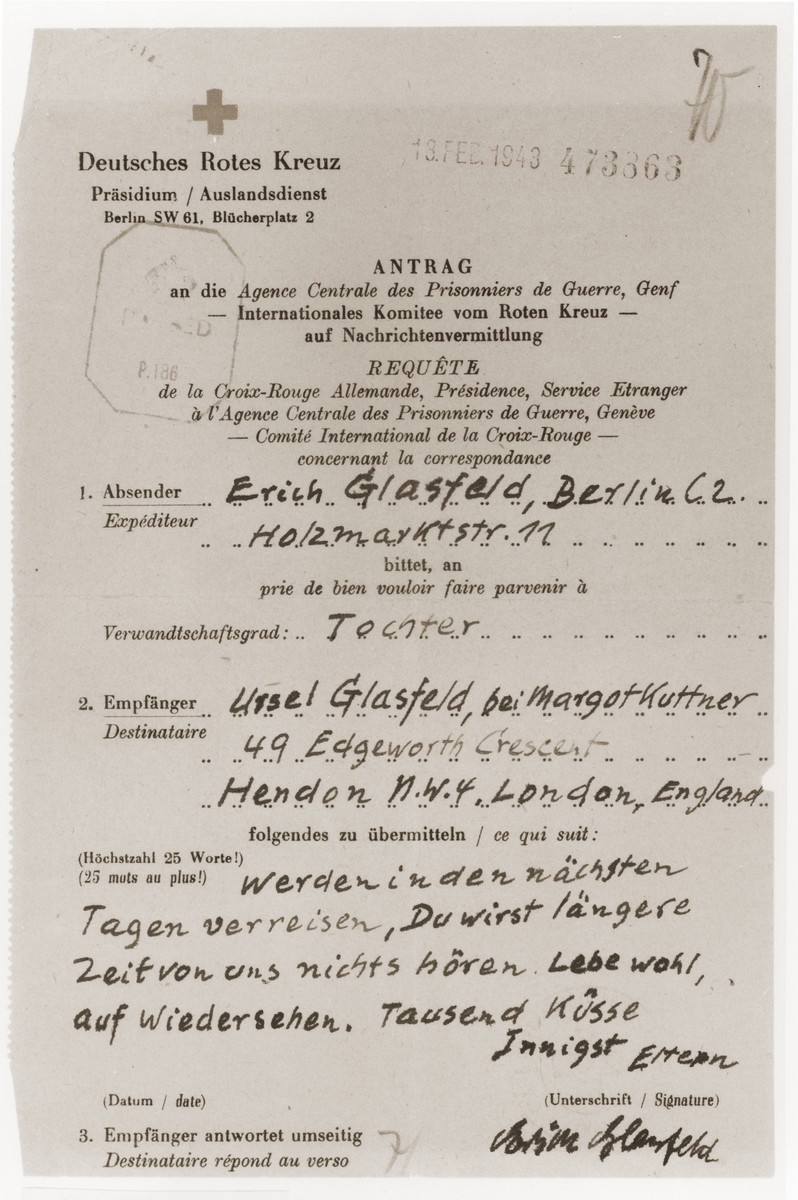 Red Cross letter sent from Erich Glasfeld in Berlin to his daughter Ursel in London right before he and his wife were deported to Theresienstadt.

The German text reads, "We will be traveling in the next few days. You will not hear from us for a long time. Be well/ Goodbye/ A thousand kisses/ Fondly/ Parents/ Erich Glasfeld." This letter was kept from Ursel until she left England for South Africa after the war.