Fella Flamberg poses with a friend in Brussels shortly before going into hiding. 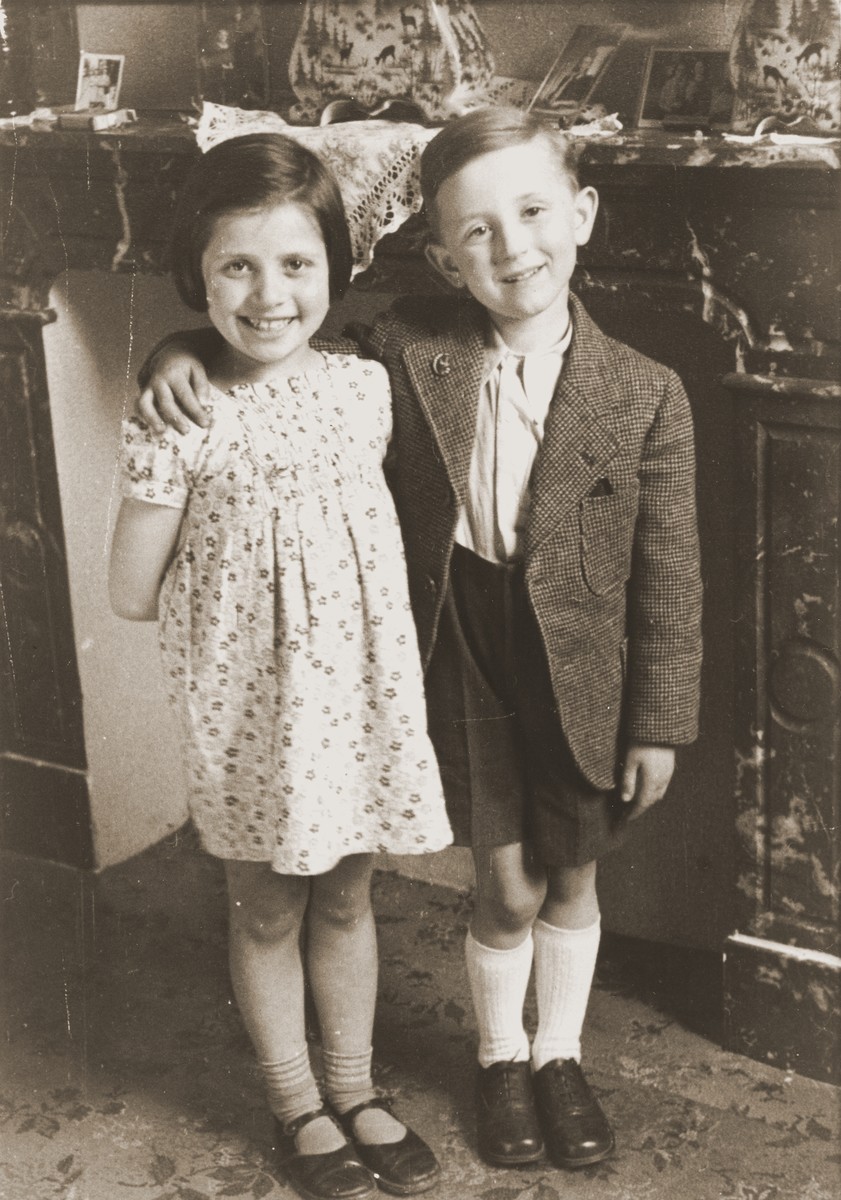 Fella Flamberg poses with a friend in Brussels shortly before going into hiding.

Biography
Faye Ben-Saull (born Fella Flamberg) is the only daughter of Maier and Brandla Flamberg. She was born on July 7, 1934 in Berlin. Soon after Kristallnacht Fella's father left for Cuba, with the understanding that the rest of the family would follow shortly. Passage on the St. Louis was booked, and Fella and her mother sailed for Cuba on May 13, 1939. When the ship was forced to return to Europe, the Flambergs were given refuge in Brussels. However, less than a year later, on May 10, 1940 Germany invaded Belgium. When the danger of arrest and deportation became imminent, Fella was placed in hiding. She lived in a series of convents, including St Joseph and St. Vincent in Sugny. Brandla survived the war on false papers. After the liberation she learned that Maier was living in the United States and had become a citizen after having served in the American army. The American Red Cross contacted him on her behalf, and in 1946 Brandla and Fella joined him in the United States.