Beate Siegel (right) and two other girls look out a train window as they leave Germany on a Kindertransport to England. 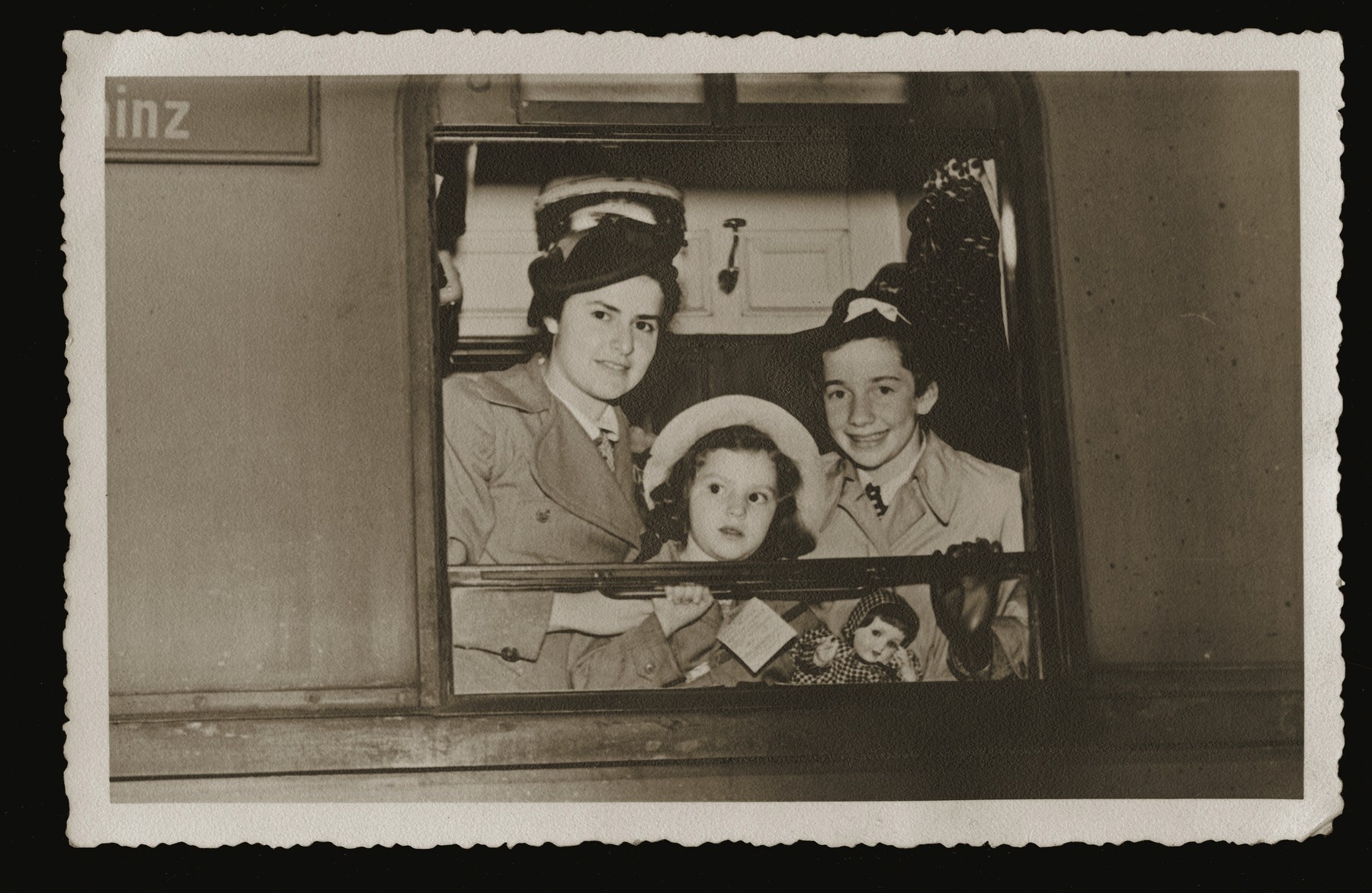 Beate Siegel (right) and two other girls look out a train window as they leave Germany on a Kindertransport to England.

Biography
Bea Green (born Maria Beate Siegel) is the daughter of Michael and Mathilde (Waldner) Siegel. She was born March 14, 1925, in Munich, Germany, where her father was a prominent attorney and her mother, an artist. Beate has one older brother, Hans Peter (now Hugh Peter Sinclair). Beate remembers vividly the day of March 10, 1933, when her father was beaten up by stormtroopers at police headquarters and then paraded through the streets of the city barefoot, bleeding, with his pants cut-off at the knees, and wearing a sign around his neck with the words "I am a Jew, but I will never again complain to the police." That morning Dr. Siegel had gone to Munich police headquarters to intercede on behalf of a Jewish client, Max Uhlfelder. Uhlfelder had been arrested and sent to Dachau the previous day following an attack on his downtown store by members of the SA. Eight-year-old Beate was home sick from school that day when her father returned home drenched in blood. After this incident Beate was withdrawn from her public primary school and transferred to a local Jewish school,where she studied until 1935. From 1935 until November 1938 Beate attended the St. Anna Lyzeum. After the Kristallnacht pogrom she moved to a Jewish vocational school where she studied cooking and restaurant management. In March 1939 Beate's brother immigrated to England, where he worked briefly as a projectionist before joining the British army. Beate remained in Munich until June 1939, when she joined a Kindertransport to England. Fourteen-year-old Beate was taken in (along with another refugee child) by the Williams family: first by the elderly Mrs. Williams, and after her death in 1940, by her son Col. Ainslie Williams and his wife Hilda. (The elder Mrs. Williams left a trust fund to finance the education of the two refugee children.) Beate continued to live with the Williams family until enrolling in university in 1942.

Beate's parents escaped from Germany in late August 1940 using visas obtained from the Peruvian Minister of Interior. Early in the year, when it became clear to the Siegels that they would not be able to obtain American visas, Michael began to study Spanish in the hopes of fleeing to South America. He struck up a friendship with his Spanish tutor, a young Peruvian student who had been caught in Munich without a source of funds when the war began. Michael offered to pay his young tutor in advance for his lessons, for which the Peruvian was extremely grateful. When the tutor learned of Michael's reason for studying Spanish and his family's predicament as German Jews, he contacted his father, the Minister of the Interior in Peru. Three weeks later the Peruvian visas arrived. The Siegels left from Berlin on a train heading east. They traveled across the Soviet Union on the Trans-Siberian railroad. After reaching Manchuria, they made their way to Kobe, Japan. From Japan they sailed across the Pacific, reaching Peru in November 1940. The Siegels settled in Lima, where Michael became the unofficial head of the German Jewish refugee community and later assisted individual families in filing for reparation payments.