Pallbearers carrying the the victims of the Kielce pogrom, transport the coffins from trucks to the burial site in the Jewish cemetery. 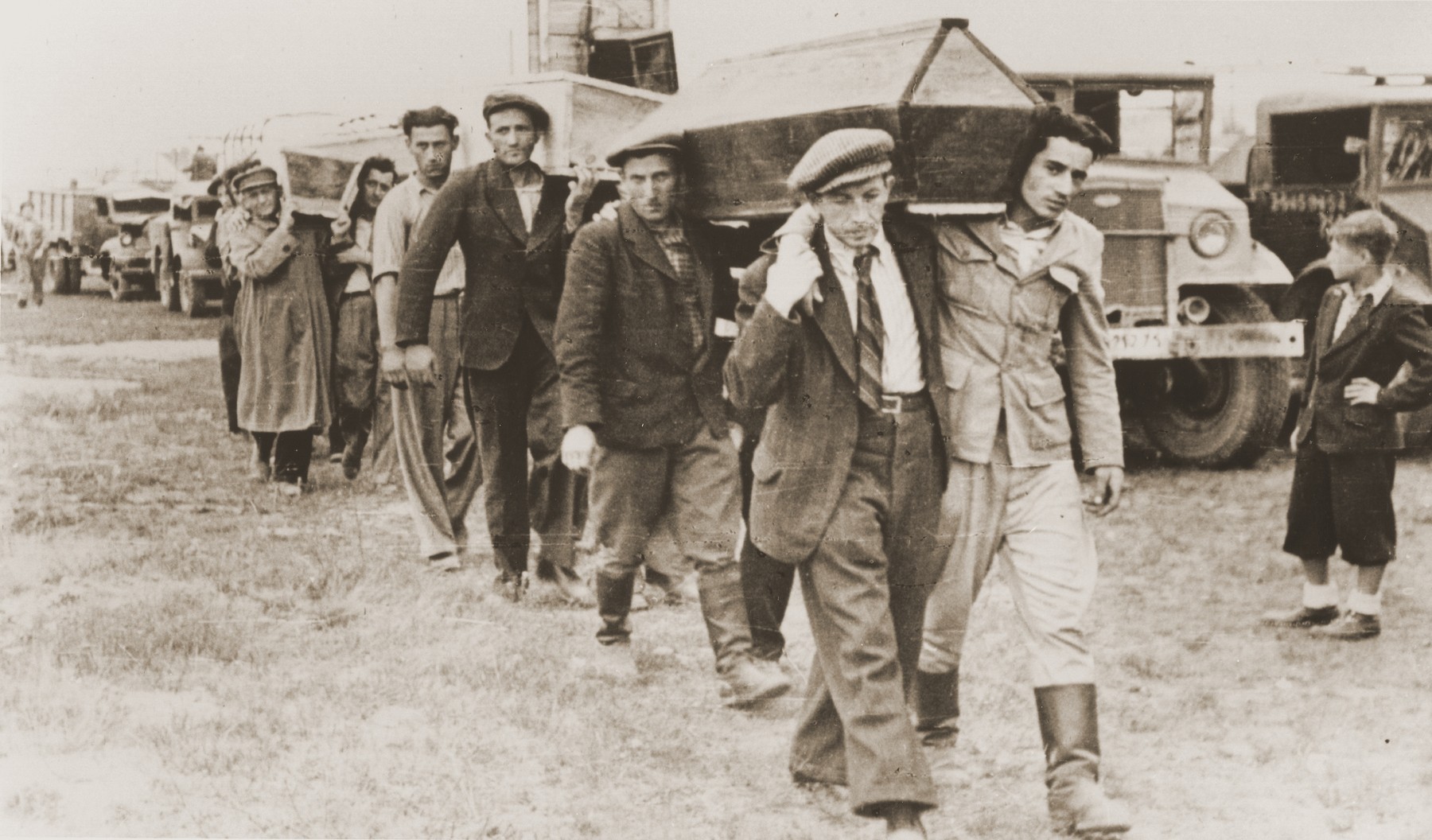 Pallbearers carrying the the victims of the Kielce pogrom, transport the coffins from trucks to the burial site in the Jewish cemetery.

Event History
The Kielce pogrom erupted on July 4, 1946 after local residents accused a group of Jewish survivors and repatriates from the Soviet Union of kidnapping a Polish child for the purpose of using his blood for making matzah (a revival of the medieval, anti-Jewish blood libel). In early July, Henryk Blaszczyk, a nine-year-old boy, wandered away from his home in Kielce. Upon his return, he claimed to have been detained by Jews living at the Zionist collective, known as the Kibbutz, on Planty Street. On July 4, one thousand Ludwikow factory workers, wielding crowbars and other weapons, joined an angry mob that had gathered near the Kibbutz. Local police responded by confiscating the few weapons in Jewish possession. They also ordered Kibbutz residents to leave the building, thus exposing them to the wrath of the mob. Before an army detachment was sent to restore order, forty-two Jews were bludgeoned to death, and forty or more were injured. Appeals to Catholic officials fell on deaf ears. The Primate of Poland, Cardinal August Hlond, blamed the pogrom on Jewish support of communism and the suffering of the Polish people. The Jewish community of Poland responded by sending Antek Zuckerman, a former leader of the Warsaw ghetto uprising, and Chief Rabbi David Kahane to Kielce. Three days after the pogrom the victims were buried in a mass grave in the Jewish cemetery. The government ordered Polish military units and local residents (including the Ludwikow factory workers) to attend the funeral. Subsequently, it was learned that right-wing political groups had staged the kidnapping and coached the child before his disappearance. Though the Polish government speedily executed nine of the pogromists on July 14, the impact of the Kielce pogrom on the postwar Jewish community could not be mitigated. Shocked by the ferocity of the pogrom, the revival of the blood libel, the unsympathetic response of the church, and the inability of the government to curtail the violence, they concluded that Jews had no future in Poland. Thus, in the course of the three months following the pogrom, 77,000 Jews streamed out of Poland on Bricha routes to German and Italy.