Dr. Adolf Huber and his wife, Paula (Knopfmacher) Huber, ride in the back of an open bus during a tour of Berlin. 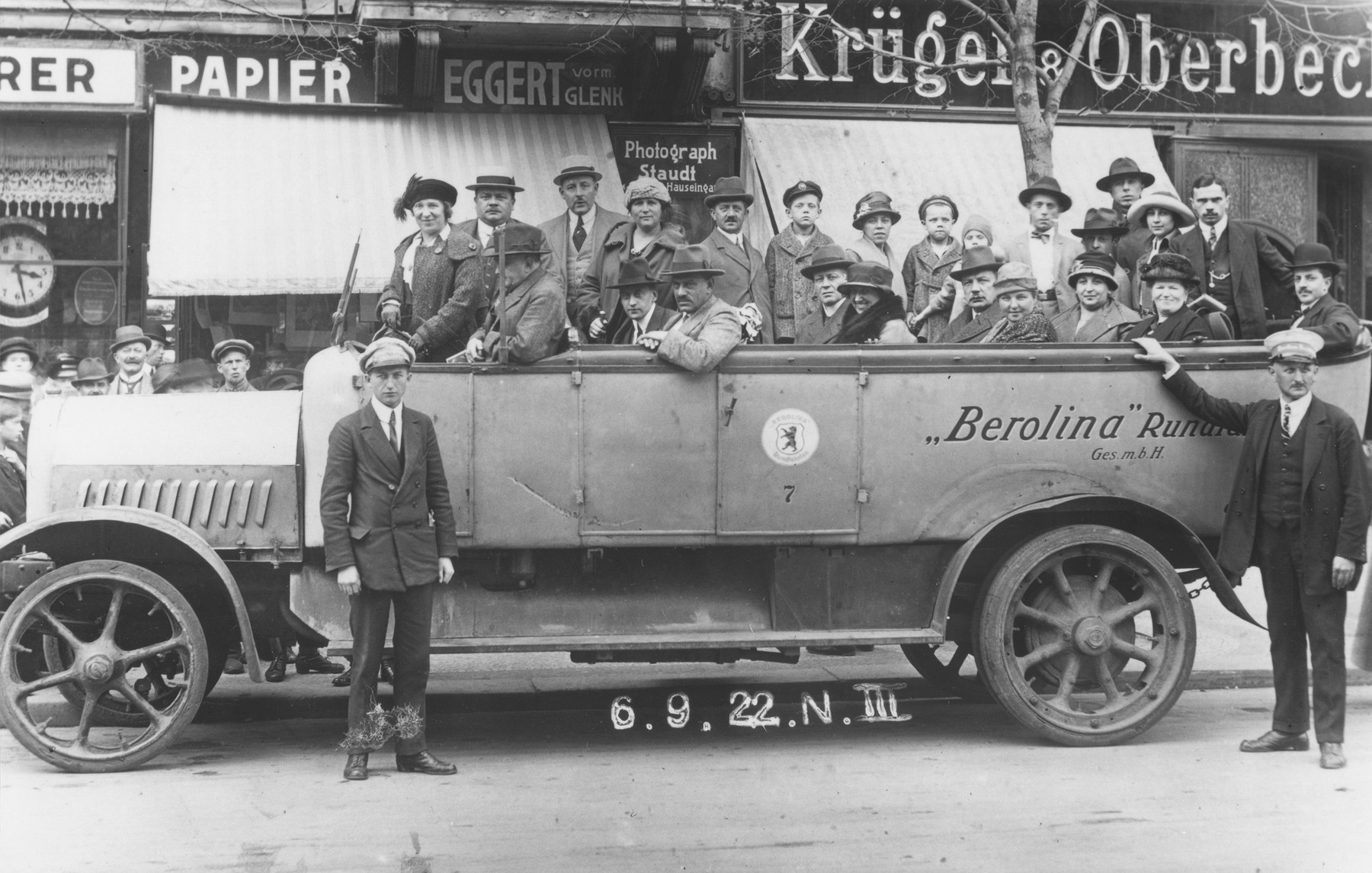 Dr. Adolf Huber and his wife, Paula (Knopfmacher) Huber, ride in the back of an open bus during a tour of Berlin.

The couple is pictured in the center of the vehicle behind the coor with the seal.