Personalized Jewish New Year's card with a portrait of the Appelbaum family in the Gabersee displaced persons camp. 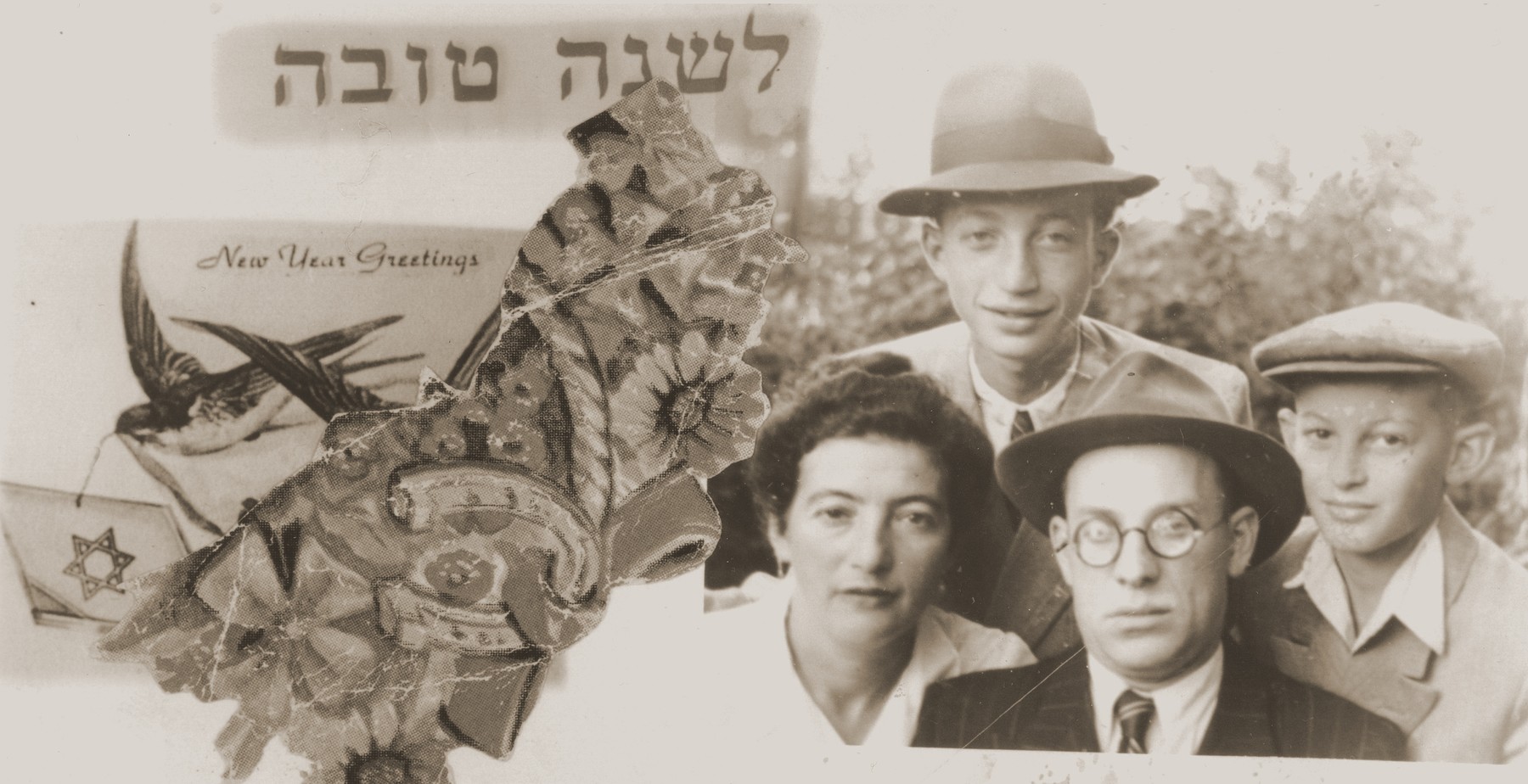 Personalized Jewish New Year's card with a portrait of the Appelbaum family in the Gabersee displaced persons camp.

Pictured are Gittel Chibowsky and Chanania Appelbaum with their two sons, Yitzhak (top) and Motel (right).

Biography
Murray Appelbaum (born Motel Appelbaum) is the son of Gittel Chibowsky and Chanania Appelbaum. He was born May 2, 1937 in Sarnaki, Poland, where his father was a merchant. Motel had one older brother, Yitzhak (b. 1933). Following the German invasion, the Appelbaums remained in their hometown for nearly a year before going into hiding with a Christian family in the forest near Sarnaki. In late 1940 or early 1941, Motel and his family crossed the border into the Soviet Union. They made their way to Tiblisi in the Georgian SSR, where they eked out a living buying and selling merchandise until the end of the war. In 1945 the family returned to Poland. For four to five months they lived in Bytom, before moving westward with the Bricha. From Poland the Appelbaums traveled to Salzburg and then to Germany, where they lived in the Bad Reichenhall, Gabersee and Feldafing displaced persons camps. In 1951 they were finally allowed to immigrate to the U.S.