Tom, Wolf and Michael Stein play with their maternal grandparents in their home in Amsterdam. 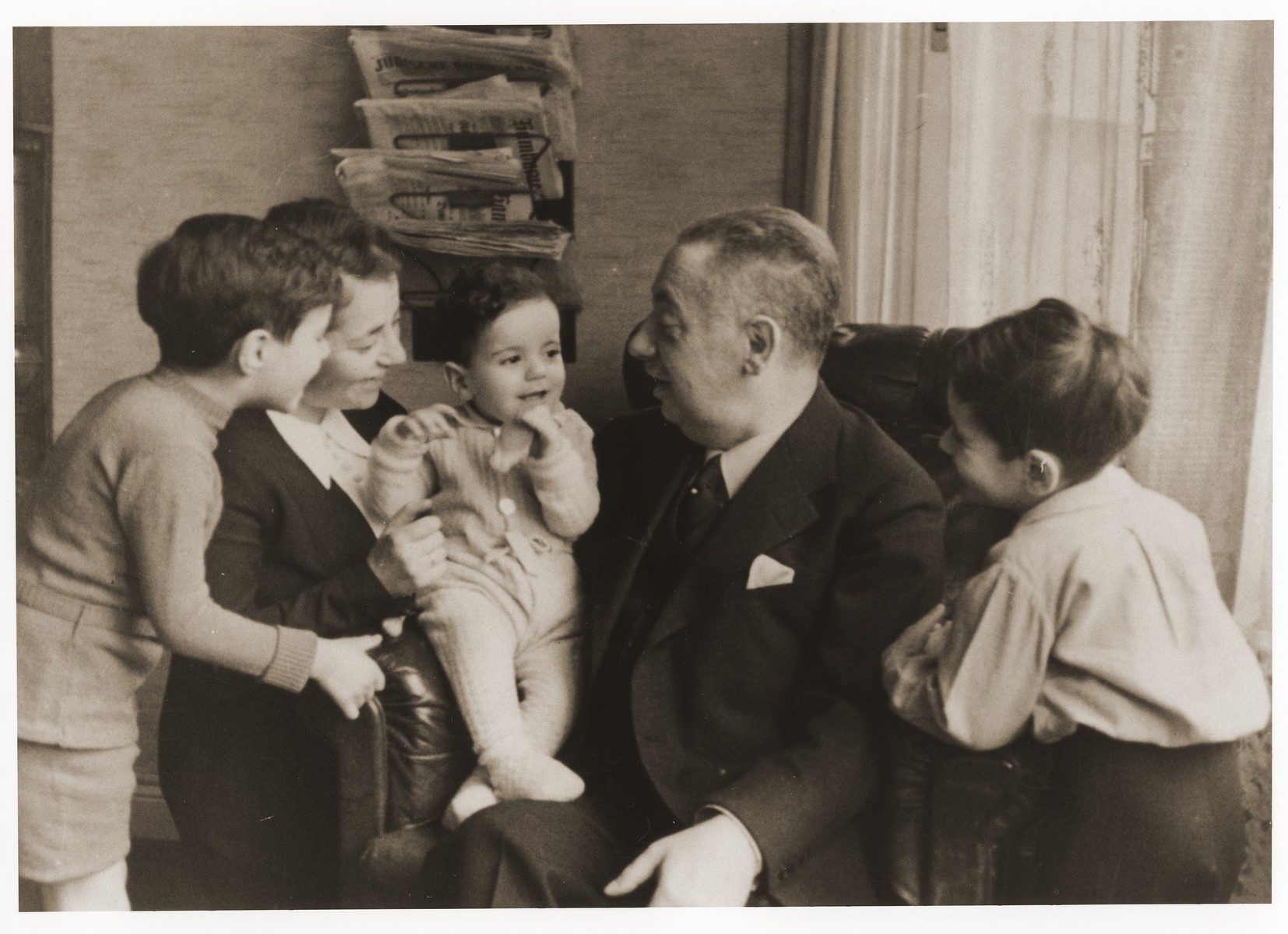 Tom, Wolf and Michael Stein play with their maternal grandparents in their home in Amsterdam.

Biography
Heinz Thomas (Tom) Stein is the son of Siegfried (Fritz) and Ruth (Kantorowitz) Stein. He was born on September 17, 1931 in Schweinfurt, Germany. He had two brothers Ernst Wolfgang (Wolf, b. 1929) and Uriel Michael (Michael, b. 1937). Fritz Stein, an economist by training, worked as the chief financial officer for the family's Basaltstein mining company. He and his two brothers, Jack and Max Stein, jointly managed the company and their families lived near one another in a large family complex. In 1933 the three brothers were arrested by Bavarian Nazis and compelled to sign over ownership of the company as a condition of their release. Max left for Palestine, Jack left for the United States and Fritz moved to Hamburg. In 1937 Fritz relocated his family to Amsterdam, where he worked for his wife's cousin. The Steins remained in Holland after the German invasion. As the situation for Jews deteriorated and the round-ups began, the Stein family went into hiding. Each child was placed in a separate location unknown to the others, through the assistance of their pediatrician, Dr. Philip Fiedeldy Dop. Hannah van der Voort, a nurse who headed a group within the Dutch resistance in the Tienrey district of Limburgh located a hiding place for Tom. He went into hiding on his twelfth birthday. A young man named Nikko Dohman brought him to the Litjen family farm in Swolgen, where Tom worked as a farmhand and slept in the barn. In the summer of 1944, SS troops and Wehrmacht soldiers occupied the farm, forcing Tom to escape to the forest at night to sleep. They used the farm as their food distribution center. However, since it would have appeared suspicious had Tom fled entirely, during the day he worked on the farm peeling potatoes and preparing food for the soldiers. On two occasions Tom narrowly escaped conscription for slave labor in Germany. He remained at the Litjen farm until his liberation by the British in November 1944. After the war Tom moved to Eindhoven, where he lived first in a displaced persons camp and then with the Ratzger family. Tom's father, mother and brother, Wolf, were betrayed and arrested by the Nazis. Wolf met his parents in the Westerbork transit camp, and all three were deported to Bergen-Belsen. They survived and returned to Holland eight months after the war. Tom found them when their train came through Eindhoven. Tom's brother, Uriel Michael, survived in hiding in Rotterdam and was reunited with the rest of the family in 1946. In 1949 Tom immigrated to the United States. Yad Vashem has honored Nikko Dohman, Philip Fiedeldy Dop and Hannah van der Voort all as Righteous Among the Nations.