Group portrait of members of the soccer team at the Tarbut school in Nowogrodek. 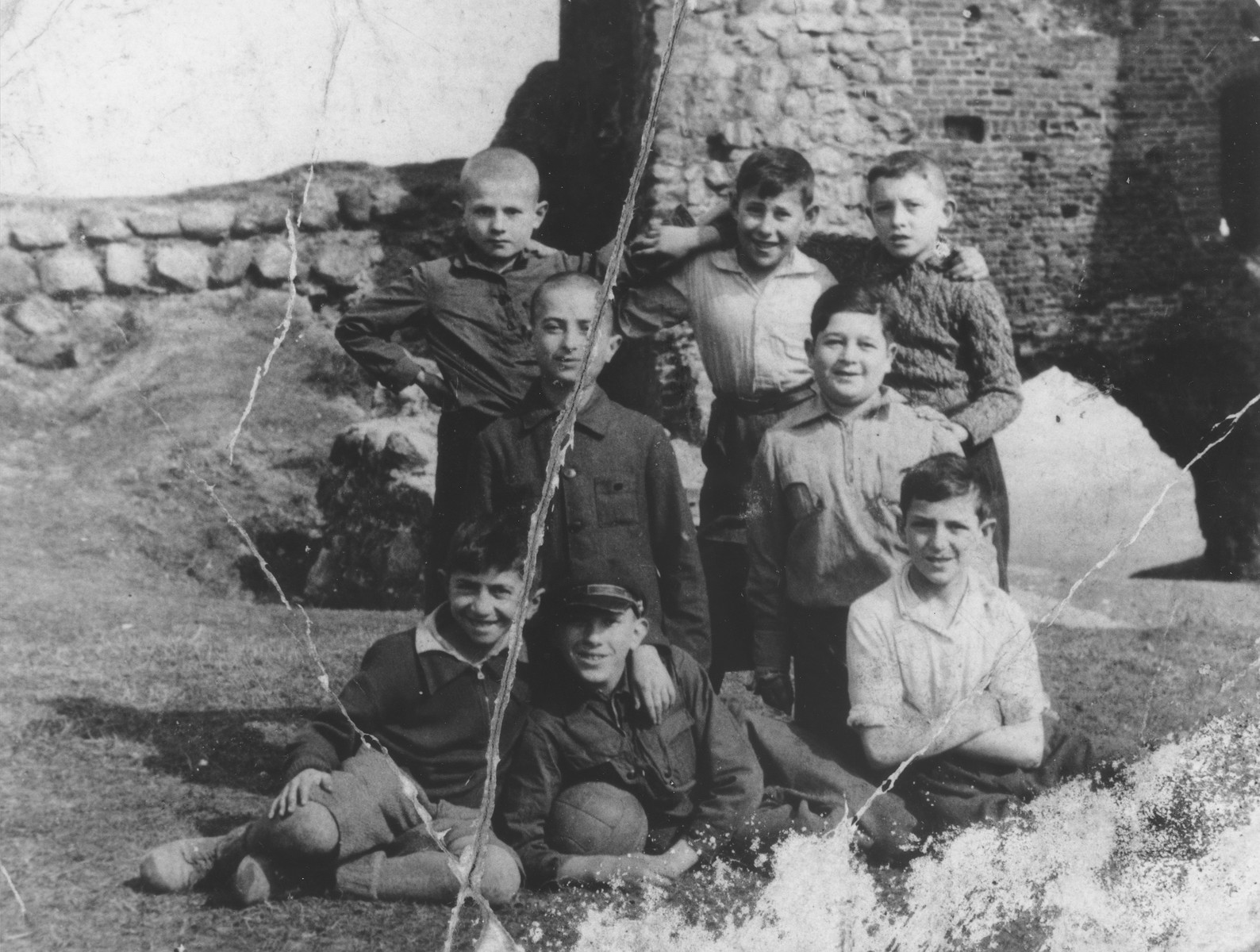 Group portrait of members of the soccer team at the Tarbut school in Nowogrodek.

Leizer Kagan, the donor's cousin, is pictured at the right in front.