Group portrait of members of the orphans transport during their sojourn in France on their way to England. 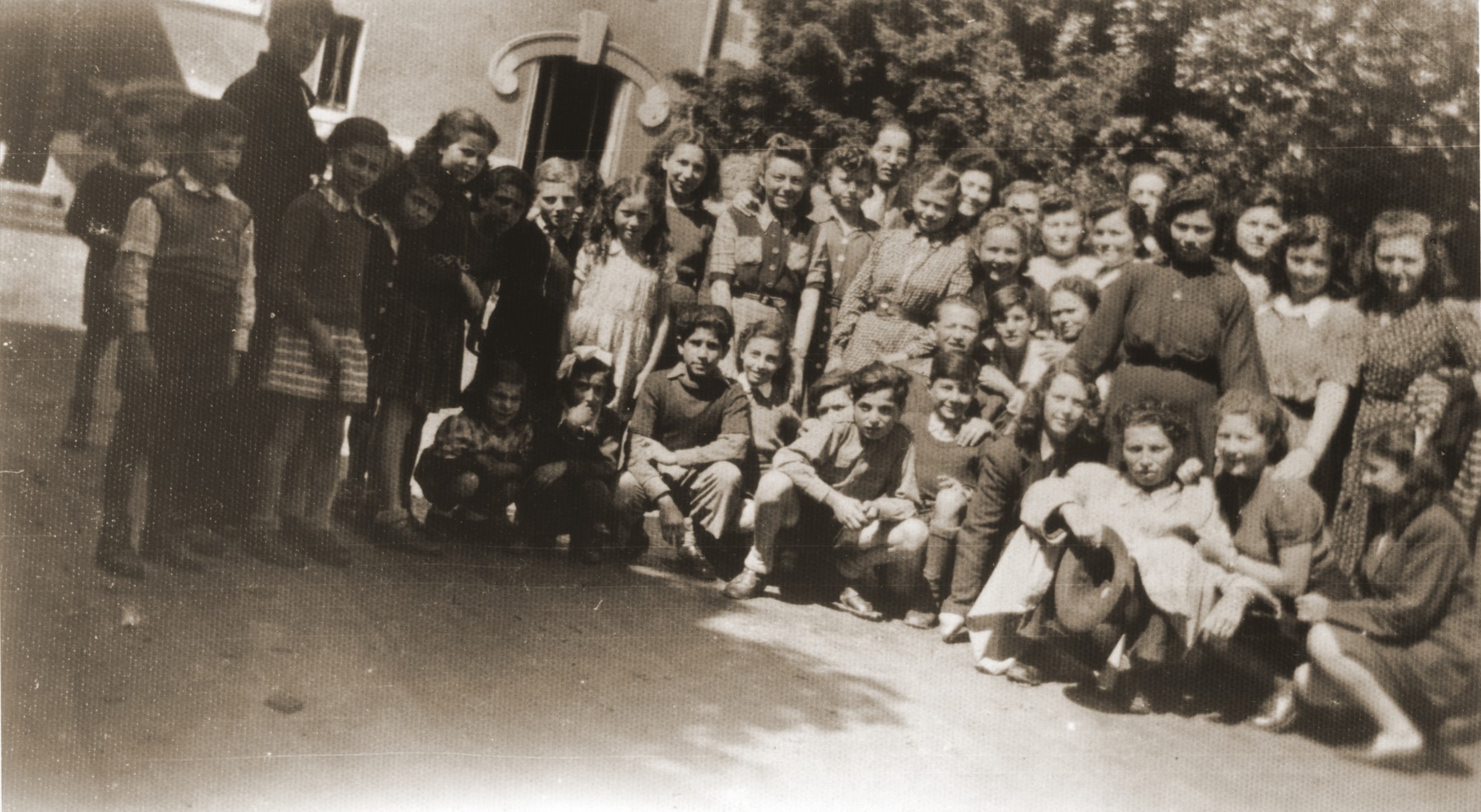 Group portrait of members of the orphans transport during their sojourn in France on their way to England.

https://www.ushmm.org/wlc/en/article.php?ModuleId=10005142.
Biography
Hershy (now Herman) Zelovic is the son of Moric (Moishe) and Giza (Golda) Zelovic. He was born on December 25, 1928 in Mukacevo (Transcarpathia), where his father was in the transport business. Hershy had seven siblings: Malka (b. 1908), Ziporah (b. 1914), Martin (b. 1921), Civia (b. 1923), Willie (b. 1924), Sarah (b. 1925) and Etta (b. 1929). In April 1944 the Zelovic family was forced into the newly established ghetto in Mukacevo. They remained there for only one month before being deported to Auschwitz. Hershy's parents, sister Malka, and niece were murdered soon after their arrival in the camp. Hershy and Willie remained in Auschwitz less than two weeks before being sent with a group of prisoners to a labor camp on the site of the destroyed Warsaw ghetto, where they were put to work packing salvageable building materials for shipment to Germany. With the outbreak of the Warsaw Uprising on August 1, 1944, the Jewish forced laborers were marched to Kutno and then transported by train to Germany. Hershy and Willie were taken to one of the Kaufering sub-camps of Dachau, where they were put to work constructing underground factories. As American troops approached in the spring of 1945, the prisoners were packed into open railcars to be taken to Dachau. Before they could leave, however, the train came under Allied bombardment and several of the prisoners took flight into the woods, Hershey and Willie among them. The following day they were spotted by German guards, who delivered them to the local mayor. However, when the mayor heard that the prisoners were infected with typhoid, he released them and pointed them in the direction of the American front lines. Hershy and Willie hid in a hayloft in Schwabhausen until the Americans arrived one week later. After liberation Hershy was sent to the St. Ottilien hospital to recuperate. In June the brothers returned to Mukacevo. After finding their sisters Civia, Sarah and Etta, all five siblings moved to Liberec (Bohemia). In April 1946 Hershy and Etta joined an orphans transport to England. Willie accompanied his siblings on the first leg of their journey to France. There he learned that some of the orphans who had registered for the transport had not shown up and quickly assumed the name of one of the missing boys. Thus in June 1946 three Zelovic orphans arrived in England. After marrying Renate Wenglowitz in London in 1951, Hershy immigrated to the United States in May 1952. Hershy's other siblings, Sarah, Civia and Martin, later immigrated to Palestine, where they joined another sister, Ziporah, who had been living there since 1937.