Group portrait of members of the orphans transport in Prague prior to their departure for England. 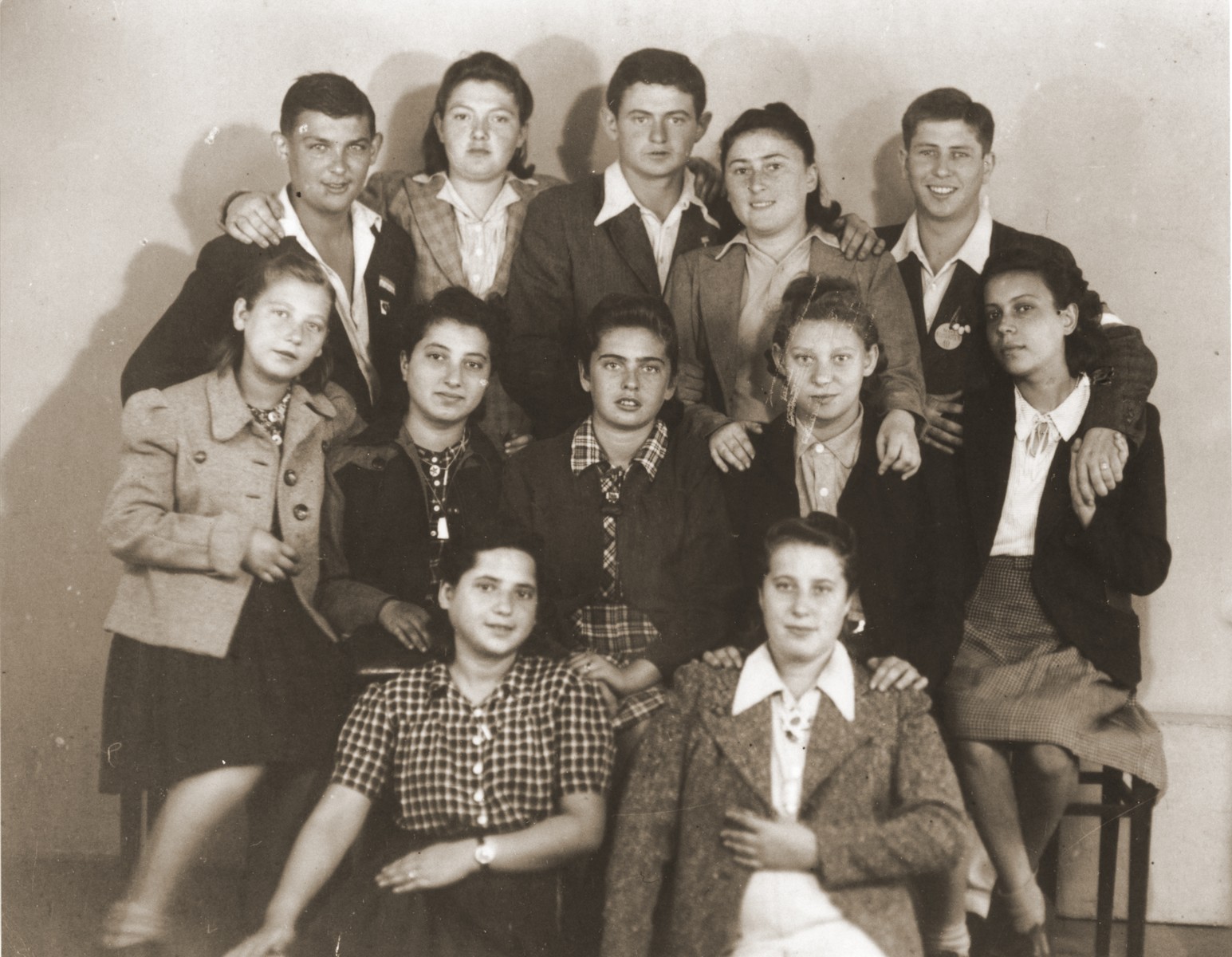 Group portrait of members of the orphans transport in Prague prior to their departure for England.

Among those pictured is Moniek Goldberg (top row, center).

https://www.ushmm.org/wlc/en/article.php?ModuleId=10005142.
Biography
Moniek Goldberg was born on May 5, 1928 in Glowaczow, Poland, where his parents had a dry goods business. He had three sisters: Rivka (b. 1931), Faigel (b. 1929) and Devora (b. 1935) and more than 80 first cousins. When Moniek was nine years old the family moved to Kozienice, where Moniek attended yeshiva. After the German occupation the Goldbergs remained in Kozienice, where a formal ghetto was established in the winter of 1941. In late April 1942 Moniek was taken to the nearby labor camp of Szyszki. The new camp was not tightly guarded and Moniek succeeded in running away three times to visit his family. When in September 1942, 35 Jewish prisoners refused to go to work on Yom Kippur the Germans marched all the Jews from the camp to a nearby clearing, where those who had refused to work were shot and the rest, including Moniek, were forced to bury them. That same day the Kozienice ghetto was liquidated, and the other Goldbergs were never heard from again. Moniek was then transferred to a new camp in Kruszyn and from there to the Pionki munitions plant, where he worked for the next year and a half. Moniek worked in the kitchen and soon developed a trade in smuggled bread. The day before Christmas 1943, Moniek got into a fight with an ethnic German. He was about to be condemned to hang when the German woman who was in charge of the kitchen pleaded on his behalf and his punishment was reduced to 25 lashes. In July 1944 Moniek was transferred to Auschwitz and sent to work at the Buna plant. He stayed there until January 1945, when the camp was evacuated and he was sent on a forced march that took him to Gleiwitz, Buchenwald, Ohrdruf and finally to Theresienstadt, where he was liberated on May 8. Moniek then made his way to Prague, where he fell ill and spent the next six weeks recovering at the home of the Zeman family. At this time he heard about the orphans transport to England and applied to join the group. His transport arrived in England on August 14, 1945.