Four members of the orphans transport pose with a Union Jack soon after their arrival in England. 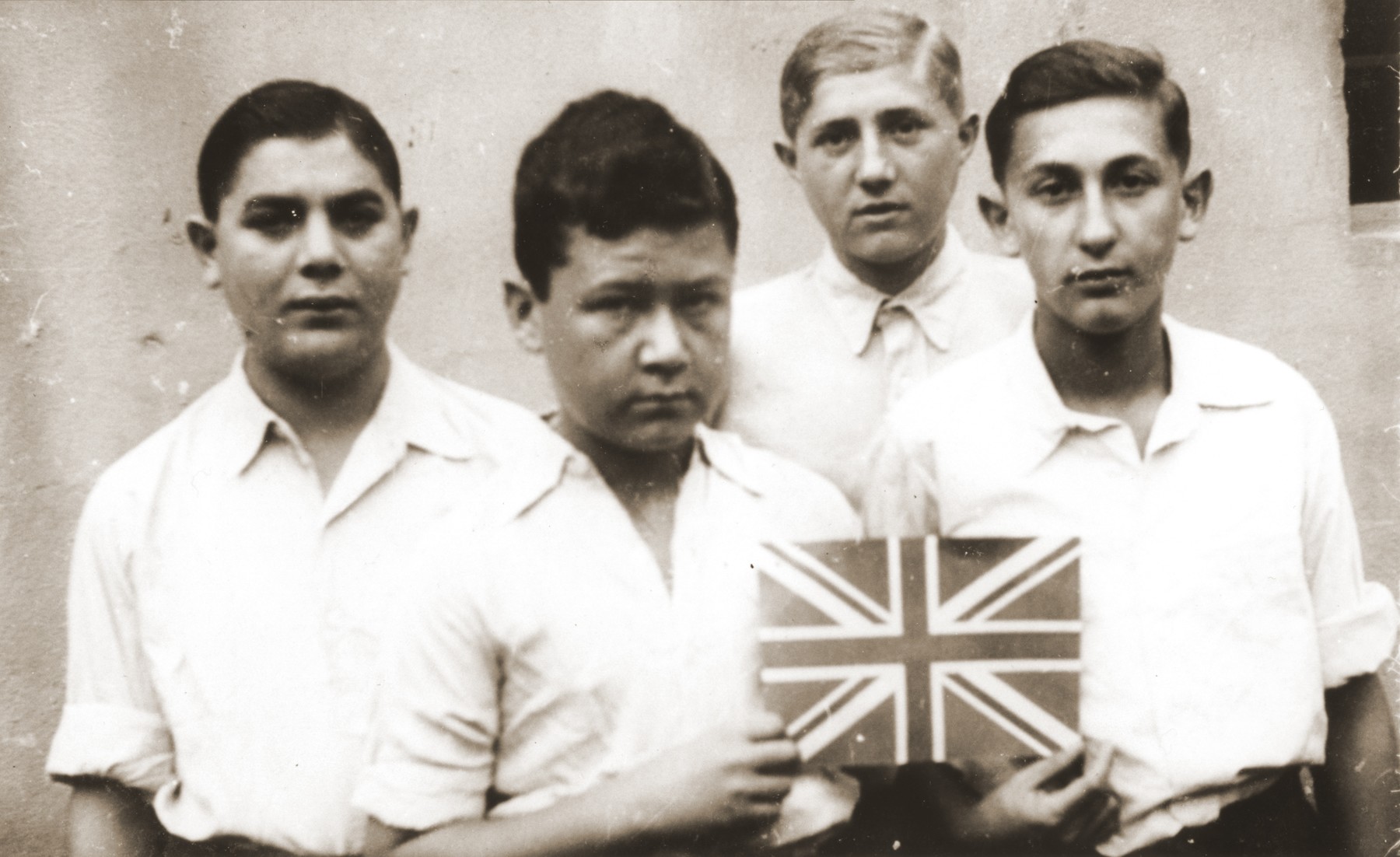 Four members of the orphans transport pose with a Union Jack soon after their arrival in England.

Among those pictured are Polek Gastfreund (right); Jerry Herszberg (second from the left); and Felix Berger (left).

https://www.ushmm.org/wlc/en/article.php?ModuleId=10005142.
Biography
Paul Gast (born Polek Gastfreund) is the son of Szlama and Mina Gastfreund. He was born on November 16, 1929 in Lodz, where his father owned a textile factory. During the German occupation the family was forced into the ghetto, where Polek's father was killed soon after it was sealed off in the winter of 1940. Polek worked in a ghetto metal shop almost until the liquidation of the ghetto. In August 1944 Polek and his mother were deported to Auschwitz, where Mina perished. Polek remained in Auschwitz for two or three months before being transferred to Braunschweig, where he was put to work at the Büssing Werke trucking factory. From there he was taken to Watenstedt, and later to Ravensbrück and Wöbbelin. Polek was liberated in Wöbbelin on May 2, 1945 at the age of 16. Soon after the end of the war he returned to Lodz to look for surviving family members, but found no one. Polek then decided to go to Palestine and proceeded to Prague on the first leg of his journey. In Prague he learned that England had agreed to admit a large group of child survivors and that such a group was forming in Theresienstadt. Polek changed his plans and proceeded to Theresienstadt, where he joined the first group of Jewish orphans leaving for Britain. He arrived in Windermere on August 14, 1945.