Group portrait of members of the Primrose Jewish Youth club soccer team on a sports field in London. 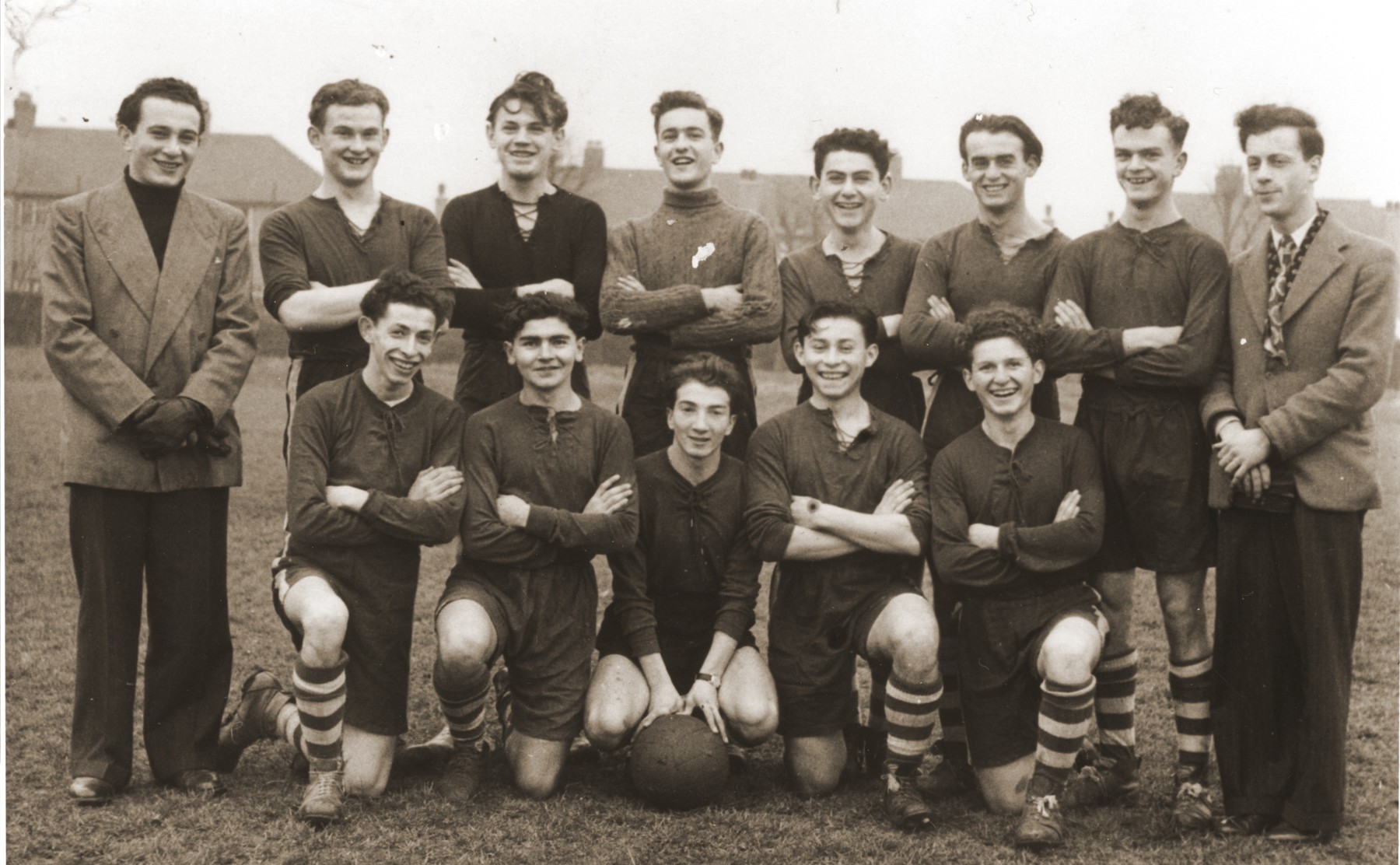 Group portrait of members of the Primrose Jewish Youth club soccer team on a sports field in London.

https://www.ushmm.org/wlc/en/article.php?ModuleId=10005142.
Biography
Joseph Zeller (born Joseph Zelikovic) is the son of Heshel Leib and Gitel Zelikovich. He was born on October 16, 1929 in Cherny Ardov (Transcarpathia), where his father owned a grocery store. Joseph had five siblings: Shlomo (b. 1932); Yankel (b. 1936); Avraham (b. 1925) and the twins: Fraidel and Shmuel (b. 1933). In 1942, a few years after the annexation of their hometown by Hungary, Heshel Leib was beaten up by local fascists and then drafted into a labor battalion. He was murdered the following year. Two other brothers, Shmuel and Avraham, were rounded-up in Budapest, where they had moved to learn a trade, and taken to a forced labor camp. In 1944 they were both shot to death. Joseph and his other siblings were taken with their mother to the Sevlus ghetto in the spring of 1944. A short time later they were deported to Auschwitz. As the war drew to a close, Joseph was evacuated and sent on a forced march to Germany. After wandering from camp to camp, he was finally liberated at Buchenwald in April 1945. Several months later Joseph was taken to England with the orphans transport.