Portrait of the Vermes and Beck families taken outside Aladar Vermes' photo studio in Topolcany, Slovakia. 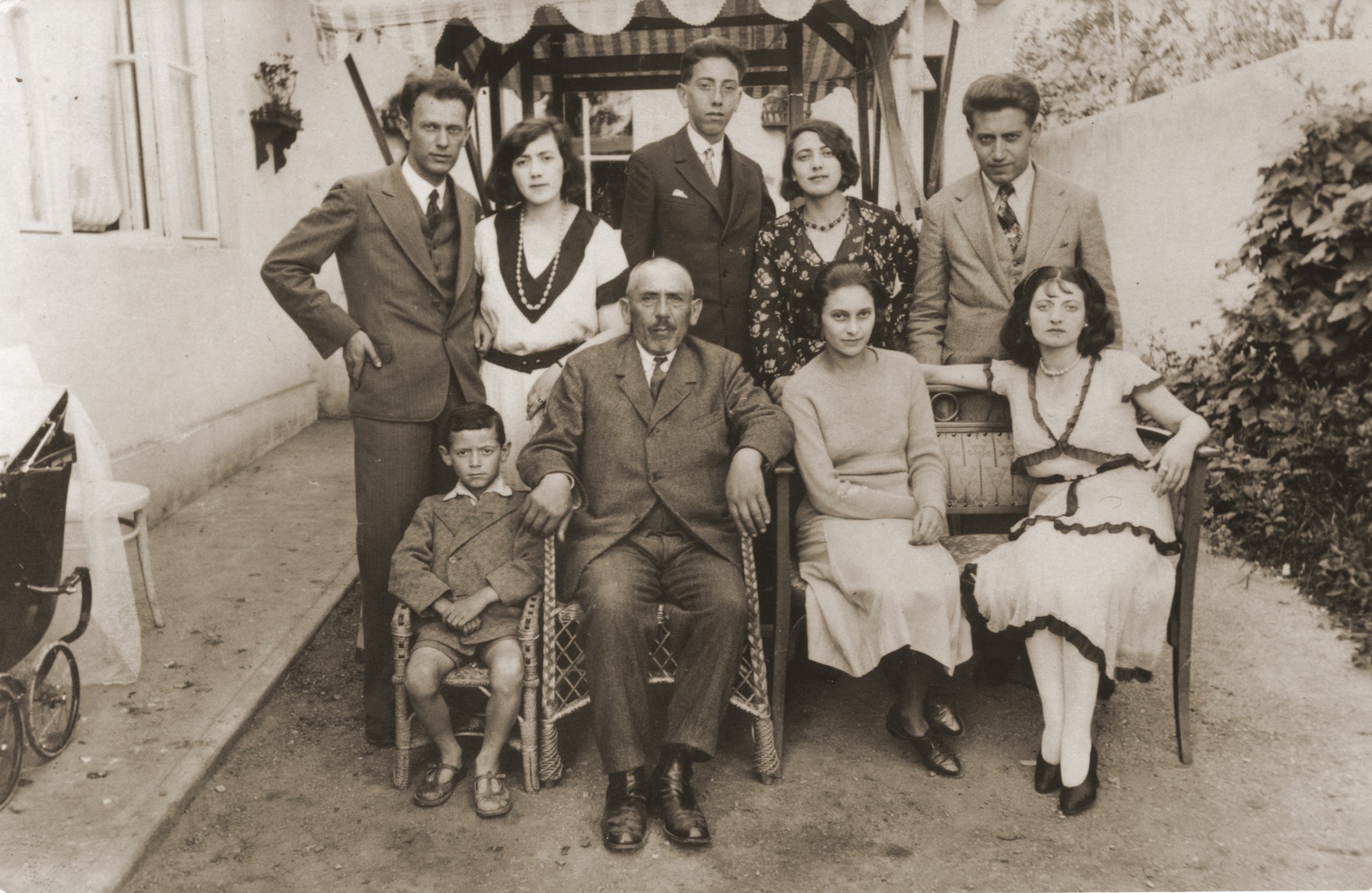 Portrait of the Vermes and Beck families taken outside Aladar Vermes' photo studio in Topolcany, Slovakia.

Pictured in the front row from left to right are: Robert Vermes, Adolf Beck, Manci Vermes and an unidentified cousin. In the back row are: Aladar Vermes, Helena (Beck) Vermes, Pista Beck, Manci Beck and Ernest Beck. Erika Vermes is in the baby carriage at the left. Only Erika, Helena and Ernest survived the war.