Affadavit issued by the Berlin district lower court stating that Martha Heimann is a Jew by birth. 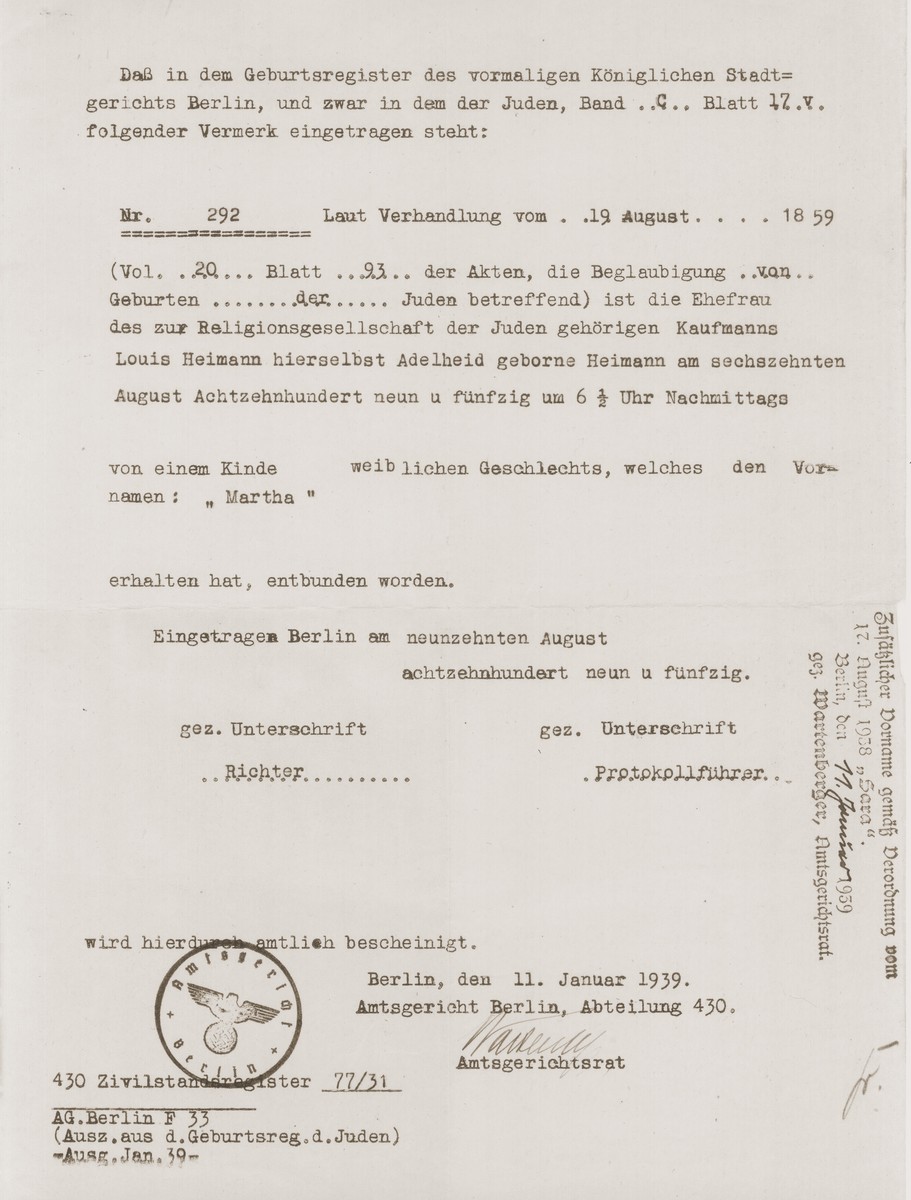 Affadavit issued by the Berlin district lower court stating that Martha Heimann is a Jew by birth.

The stamp on the right hand edge of the document indicates that Martha was required to add "Sara" as her middle name, in accordance with the regulation of August 17, 1938.

Martha Engelmann was the paternal grandmother of Peter Engelmann. In 1939 she left Germany with her daughter Susanne to join Konrad and his family in Istanbul. She died the following year in June 1940.