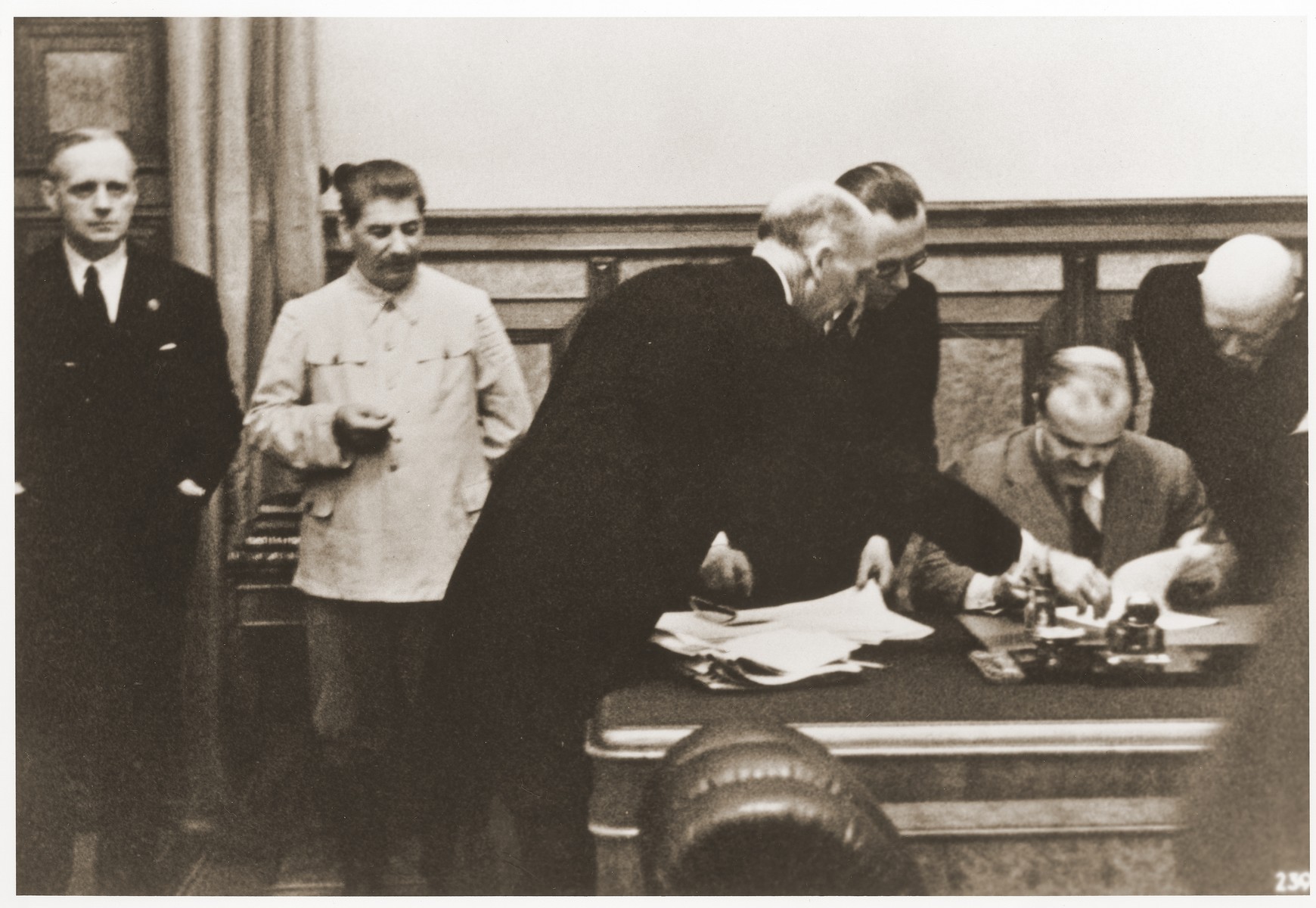 Biography
Vyacheslav Mikhailovich Molotov (1890-1986), Soviet statesman and diplomat was a major spokesman for the Soviet government during and immediately after World War II. Born in Kukarka, Russia, Molotov became a member and organizer of the Bolshevik party following the 1905 Revolution. He was arrested for his revolutionary activity in 1909. After his release, he went into exile, where he met Lenin. Upon the Bolshevik leader's request, Molotov returned to Russia to serve as editor of the party newspaper. Re-arrested in 1913, he was sent to Siberia. He escaped in 1915 and became a member of the Military Revolutionary Committee that planned the October 1917 Revolution. In 1921 Molotov was appointed to the Central Committee, and three years later he became a member of the Politburo. Molotov became a supporter of Stalin in 1924, and in 1930 was named chairman of the Council of People's Commissars. He became foreign minister in 1939 and conducted negotiations leading up to the Nazi-Soviet Non-Aggression Pact of August 23, 1939. After the German invasion of the Soviet Union, Molotov was appointed to the special war cabinet called the State Defense Committee. He negotiated Soviet alliances with Great Britain and the United States, and he attended the Allied conferences at Teheran, Yalta, and Potsdam, as well as the San Francisco Conference that established the United Nations. Molotov retained his post as foreign minister until 1949, when Stalin replaced him. Under Khrushchev, he briefly returned to the post, but was later demoted to ambassador to Mongolia after it was revealed that he belonged to an anti-Khrushchev group seeking his ouster. In 1964 Molotov was expelled from the Communist party for his participation in the execution of leading Bolsheviks in the 1930s, but he was reinstated in 1984.