An elderly Jewish woman rescued from Theresienstadt eats a warm meal in the Hadwigschulhaus in Saint Gallen. 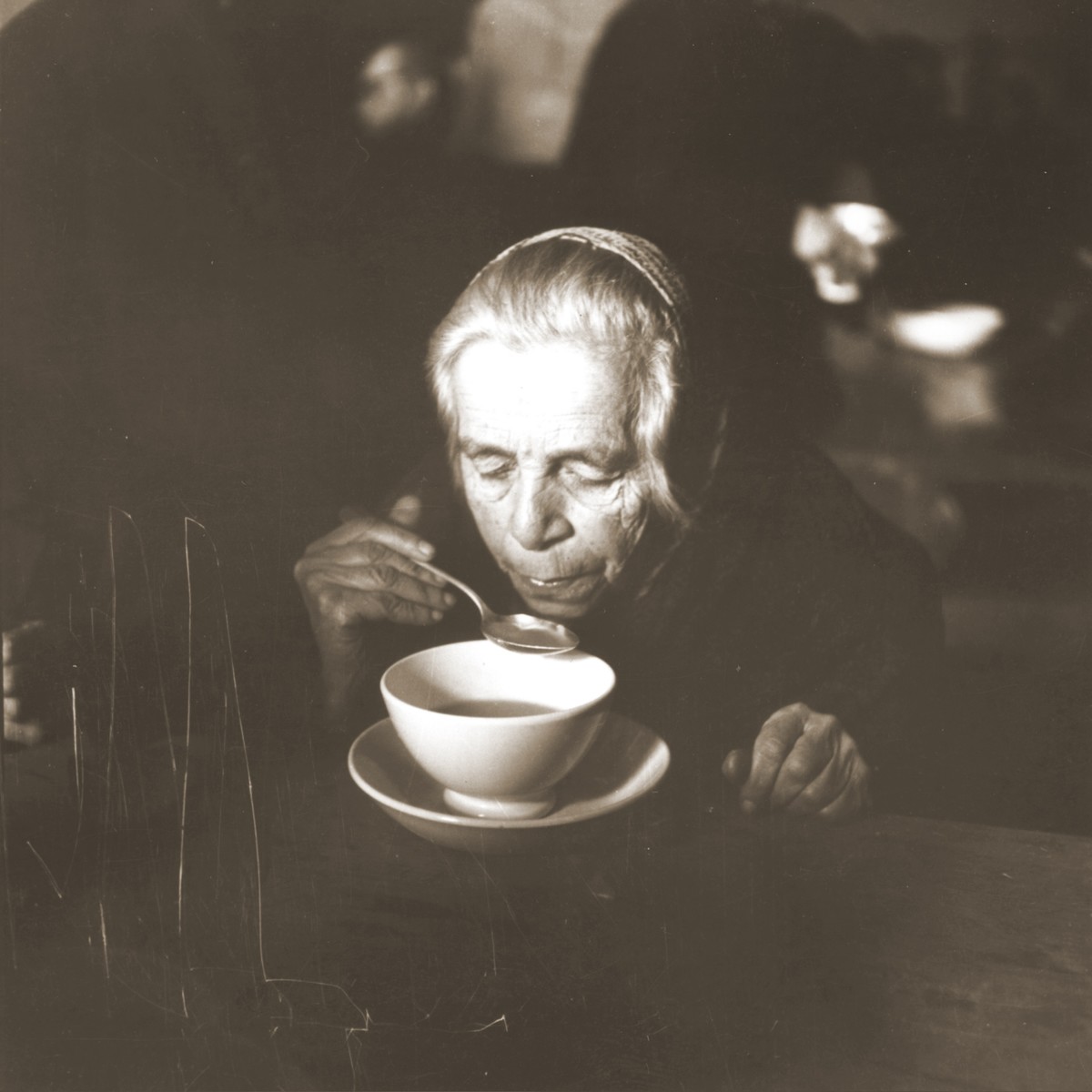 An elderly Jewish woman rescued from Theresienstadt eats a warm meal in the Hadwigschulhaus in Saint Gallen.

Event History
The prisoner release from Theresienstadt began on February 4, 1945. The majority of the released prisoners were elderly men and women between the ages of 60 and 80, some of whom had been in Theresienstadt for as long as three years. There were, however, 58 children under the age of 12 who were also included in the evacuation transport. The released Jewish prisoners arrived in St. Fiden, Switzerland in two special trains on February 7, 1945. (Another train carrying 540 French Jews from Theresienstadt arrived two weeks later). From St. Fiden 200 of the evacuees were sent to Buehler, and 1000 to nearby St. Gallen to recuperate for several days before being sent on in smaller groups to other parts of the country. In St. Gallen the large Hadwigschulhaus [school], which was requisitioned by the municipality, served as a refugee center from February through May 1945. The center was administered by the Swiss Red Cross with the help of local army reservists and the gendarmerie. Together they offered the refugees food, clothing, shelter and basic medical care.

The St. Gallen series of photographs was taken by Walter Scheiwiller, who trained as an apprentice at the Photohaus Zumbuehl in St. Gallen from 1939-1942. Upon completion of his apprenticeship, he worked in the town as a reporter for Fotopress-Zuerich. On February 11, 1945 he was directed by the Fotopress to record the arrival of the Theresienstadt transport and the subsequent care of the rescued Jews by the citizens of St. Gallen.
https://www.ushmm.org/wlc/en/article.php?ModuleId=10007505.
Biography
Jean-Marie Musy, a former member of the Swiss parliament and ardent anti-Bolshevik, wrote his friend, Heinrich Himmler, in November 1944, that the Union of Orthodox Rabbis in the United States and Canada, in association with Agudat Israel, had made 20 million Swiss francs available to secure the release of Jews from Theresienstadt. Through Musy, these two Jewish organizations paid Himmler five million francs to release 1200 German, Austrian, Czech, and Dutch Jewish prisoners from the camp. Musy's motives remain unclear, but they probably had more to do with the promotion of anti-Bolshevik friends in Germany than with humanitarian concern.