Günter Haas (holding the ball) poses with a group of boys in the Château de la Hille children's home. 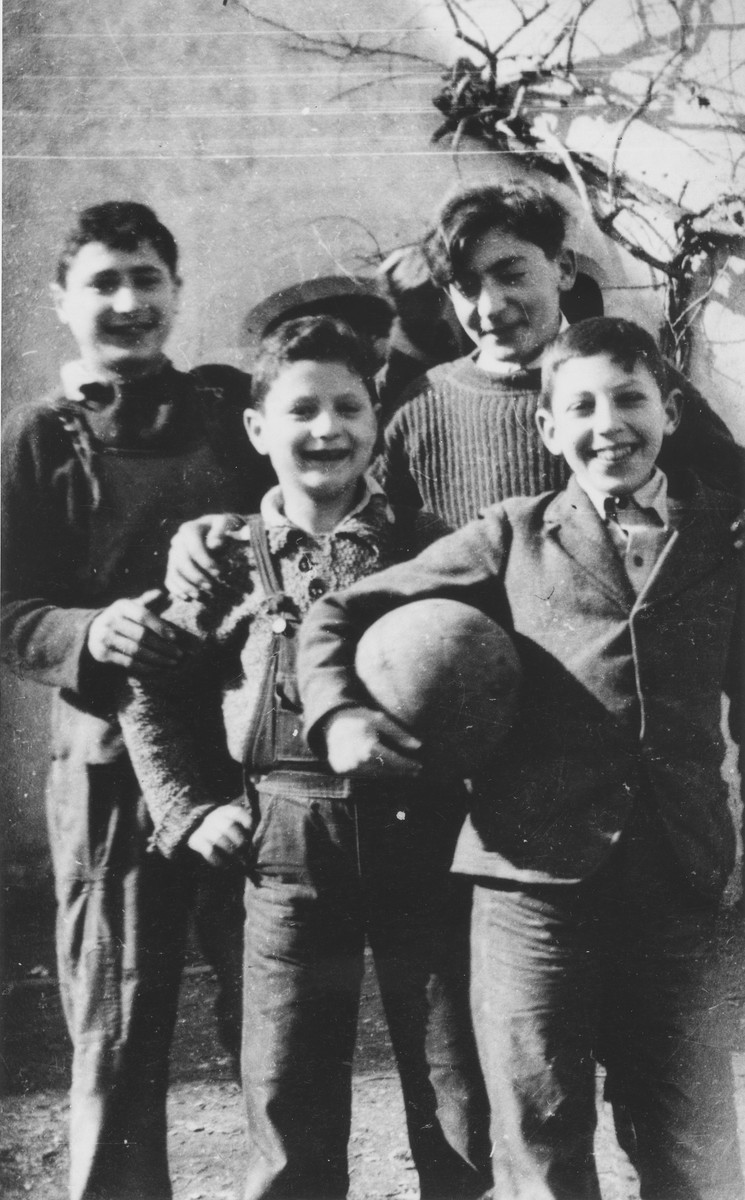 Günter Haas (holding the ball) poses with a group of boys in the Château de la Hille children's home.

https://encyclopedia.ushmm.org/content/en/article/belgium.
Biography
Angela Schneider (born Ingeborg Haas) is the daughter of Julius Haas (b. March 3, 1897 in Hottenbach) and Sybilla Haa (nee Schoemann, b. August 19, 1902 in Loesnhich). She was born on October 27, 1927 in Traben-Trarbach, Germany where her father was a merchant. Ingeborg had two younger siblings, Günter (now Guy, b. 1929) and Charlotte (b. 1930). In January 1939 all three children were sent on a Kindertransport from Cologne to Belgium, where they lived with the Kahn family. After the German invasion of Belgium in May 1940, Ingeborg left on foot for France. While en route to Paris, she met the Kahn's brother, who brought her to the OSE (Oeuvre de secours aux enfants) children's home in Montmorency. In October Ingeborg moved to the OSE home in Chabannes, where she was one of the first arrivals. For the next three years Ingeborg remained at the home, where she assisted local farmers and attended the village school. Later, separate classes were held in the home itself. She also learned leatherwork in vocational training classes conducted at the home. While at Chabannes, Ingeborg learned that her brother and sister were living at another OSE home, Château La Hille. Subsequently, they were brought to Chabannes to join her. When Chabannes was closed in 1943, Ingeborg was given false papers and sent to work as a domestic for a family in Grenoble. Her brother and sister were placed elsewhere. In the late spring of 1944, OSE arranged for the Haas children and twenty other youngsters to be smuggled into Switzerland. After their successful crossing, Ingeborg was placed in a quarantine camp and later in a work camp near Zurich. Ingeborg received permission to leave the camp after securing a job at a pension in Yverdon. In 1945 she attended a childcare course in Geneva organized by Hélène and Jacques Bloch. That summer, Ingebourg took care of a group of orphans who were brought from southern France to a camp in Interlaken. Subsequently, she was employed in Geneva as a leatherworker making watchbands, using the skills she had acquired at Chabannes. In February 1947 Ingeborg immigrated to the United States with her brother and sister, sailing from Rotterdam on the SS Fair Isle. Ingebourg's parents both perished on October 20, 1942 in the LItzmannstadt ghetto.