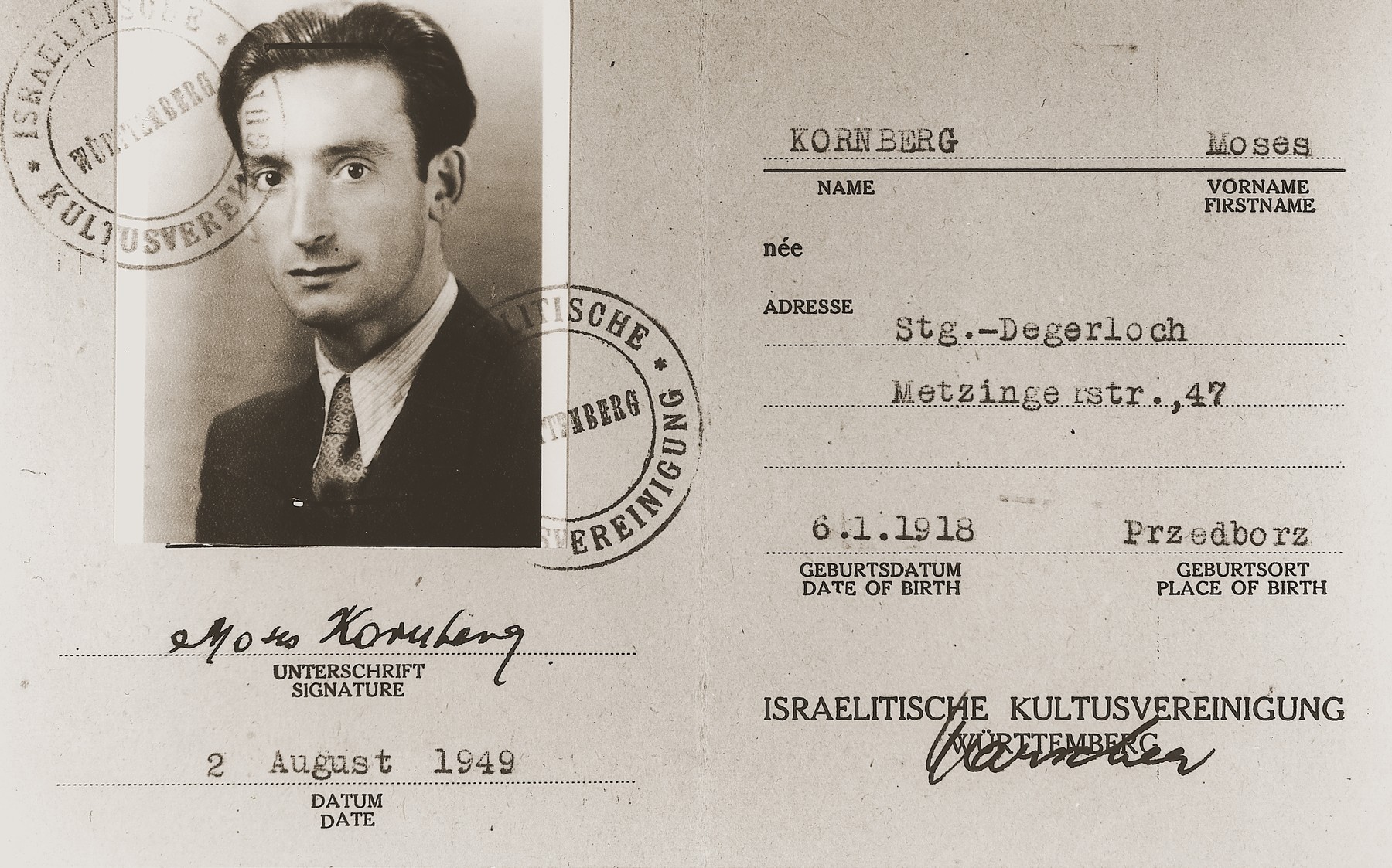 Biography
Morris Kornberg (born Moishe Kornberg) was born on January 6, 1918 in Przedborz, Poland. He was the youngest of six children born to a religious Jewish family in Przedborz. Moishe's family owned a business that supplied nearby factories with metal materials and a silverware factory. Moishe had three brothers and two sisters. His oldest sister was married and had three children of her own. One brother immigrated to Palestine before the war. Moishe only attended religious Jewish schools, but he belonged to Jewish sports organization and a Zionist youth movement. When Germany invaded Poland in early September 1939, the Kornberg family fled to the woods. They returned a few days later; most of the town had been burned down, but their home was still standing. The Nazis set up a ghetto and ordered everyone age 13 to 50 to report for work details. The Kornberg family was better off than most since their factory supplied the Germans with metal for their war effort. Moishe at first performed slave labor in a stone quarry, but his older brother arranged for him to get permission to help run the factory even though it was outside the ghetto. Once a month SS men came from Radom and inspected the factory. Once in mid-1941 an SS officer accused Moishe of irregularities in the factory bookkeeping and mercilessly beat him. He passed out, but the Germans revived him by putting his head under a water pump and resumed the blows. Afterwards, they put him in a small prison in the adjacent town. From there, Moishe was deported to Auschwitz. In 1942 he was sent to a sub-camp called Jawischowitz where he worked in a coal mine in Brzeszcze, about four or five kilometers away. In late December 1944, the Germans evacuated the camp and sent the prisoners first to Buchenwald and then to Troeglitz where conditions were much worse than in Auschwitz. From there he was sent to Litomerice and then to Theresienstadt where he was eventually liberated on May 3, 1945. Moishe at first wanted to return home. However after being told that Jews were being killed there, he changed his mind and went instead to the American zone of Germany. After recuperating in a sanatorium in Degerloch, he settled in the Stuttgart DP camp where he was put in charge of supplies for the camp. He met his wife in Stuttgart and immigrated to the United States in 1949.