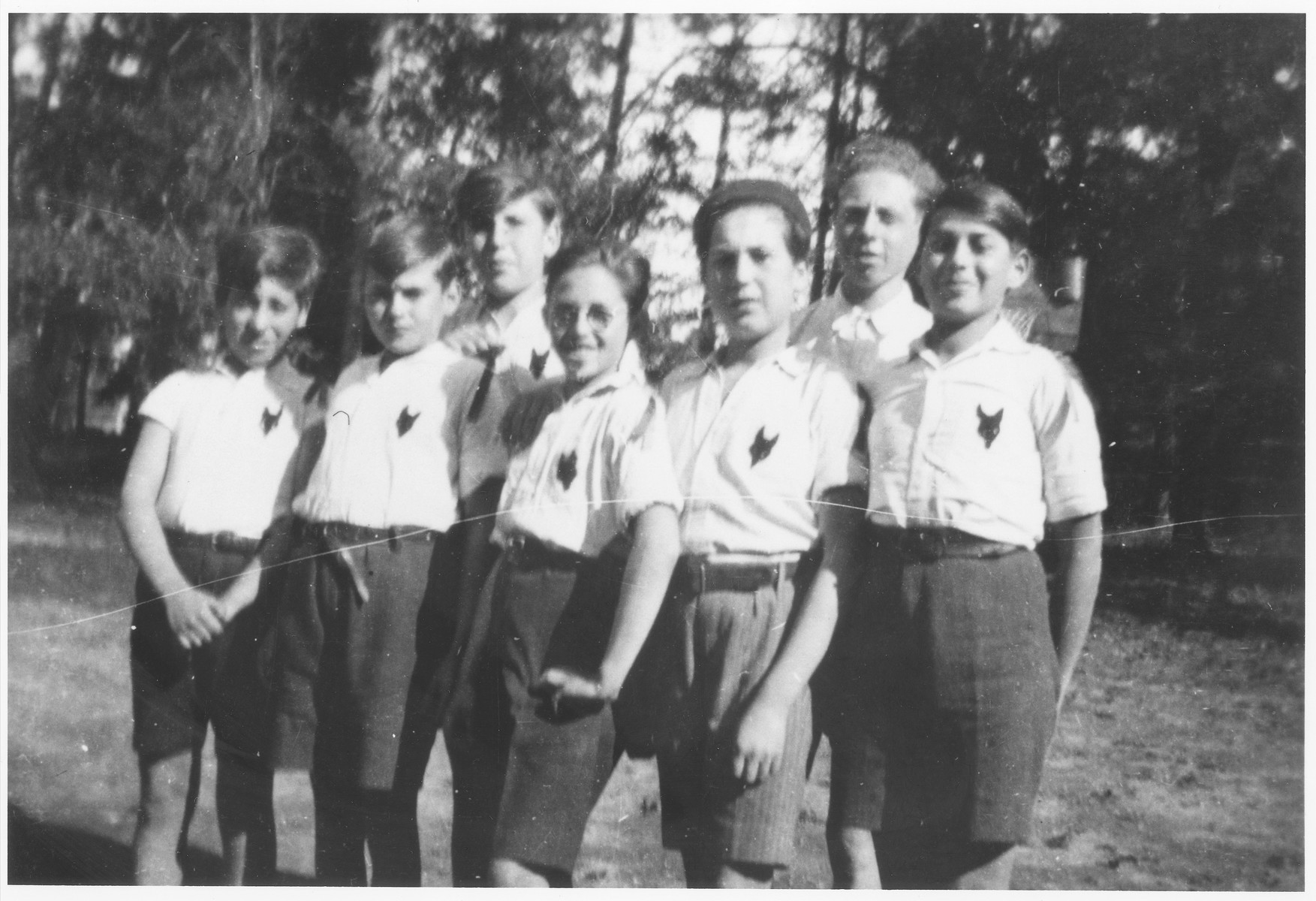 https://www.ushmm.org/wlc/en/article.php?ModuleId=10005519.
Biography
Carl (now Charles) Martin Roman is the son of Leopold and Marianne (Uhrmacher) Roman. He was born March 29, 1927 in Vienna, where his father earned a living as a salesman, and his mother worked as a secretary. Carl's parents divorced in the 1930s. In November 1938 Carl's father left Austria for Belgium. Carl and his mother fled to France the following month, but were arrested at the border in Strasbourg. Marianne was then imprisoned for a month. During this period Carl was cared for by nuns in a local hospital. Upon her release, Carl and his mother were instructed to return to Austria, but they ignored the authorities and made their way to Paris. Carl's mother then placed him in the care of the OSE. From November 1939 through May 1941 Carl lived at the Chabannes children's home in Creuse. He was then transferred to Montintin in the Haute-Vienne. Carl's father was interned as an enemy alien in Belgium soon after the German invasion in May 1940. Subsequently, he was sent to France and interned in the Gurs camp. During his imprisonment he was informed that prisoners responsible for a child below the age of 16 would be eligible for release. After telling the authorities about his son, the French police located him in Montintin and brought him to the Rivesaltes internment camp, where his father was also transferred. Father and son enjoyed only a brief reunion before they were both put on a transport list for Drancy in early September. During the roll call at the train station, Carl's father answered twice when their names were read, thus giving Carl a means of escape. When Carl was asked who he was at the conclusion of the roll call, he supplied them with a false name and was sent back to the camp. His father departed on the transport and shortly after his arrival in Drancy, was deported on convoy #31 to his death in Auschwitz. With the help of Emma Lederer, a former teacher at Chabannes, who was now working for the Red Cross, Carl was smuggled out of Rivesaltes. He was cared for by OSE worker, Solange Zitlenok, who placed him in a summer camp facility in Font-Romeu before his return to Montintin. Carl remained in Montintin until the spring, when he was given false papers and sent to live in a youth camp of the Compagnions de France, a Vichy paramilitary youth organization, in Agde (Herault). He later ran away from the group when they questioned him too closely about his parents. Carl fled to his mother, who was then living in St. Martin Vesubie in the Alpes Maritimes, one of the French departments that was under Italian occupation. In January 1942, Carl's mother had remarried a Jewish refugee, Wilhelm Ferdinand Bauer, in Florac. Shortly after their wedding, however, Wilhelm was arrested and sent to Gurs. Marianne tried to obtain false papers for him to secure his release, but they arrived only after he had been transferred to Drancy and deported to his death in Auschwitz. Marianne then fled to the newly-established Italian zone of France. After the overthrow of Mussolini in July 1943 preparations were made for the withdrawal of Italian troops from France. Plans were also afoot for the evacuation of Jews from the Italian-occupied zone to Italy and North Africa. Before negotiations had been concluded, however, the Allies suddenly announced Italy's surrender on September 8. Panic ensued in the Italian-occupied zone, and Carl and his mother were among the approximately one thousand Jews who managed to escape with the retreating Italian soldiers before the Germans marched in. After a three-day trek over the Alps the Romans arrived in Valdieri to find that Italy, too, had been occupied by the Germans. Carl and his mother quickly found a hiding place in a church at the top of a mountain near Valdieri. Subsequently, they found refuge in Valle Stura, where local villagers lent considerable assistance to the 40-50 Jewish refugees who were hiding in the area. The following spring Carl obtained false Hungarian papers that directed him to report to Rome for induction into the Hungarian army. Mother and son then began a trek south that was interrupted by bombings, checkpoints and inspections. Eventually, they were picked up by a German ammunition truck in which three Italian girls and three German soldiers were riding. Carl served as an interpreter for the Germans, who never realized he was Jewish. Once they arrived in Rome Carl and his mother went to the Jewish community, but there was no room for them in the local pension. This proved fortunate when a few days later the building was raided and its residents arrested. The Romans were finally liberated on June 4, 1944 in Rome. The following spring Carl returned to France to look for his father. He stayed briefly at the Fontenay aux Roses OSE home before returning to Rome, where he worked for the JDC. Carl immigrated to the United States in November 1949, sailing aboard the SS Marine Jumper on an IRO transport.