Group portrait of Jewish refugee preschoolers at the Christobal Colon school in Sosua. Behind them stands their teacher, Hella Blum. 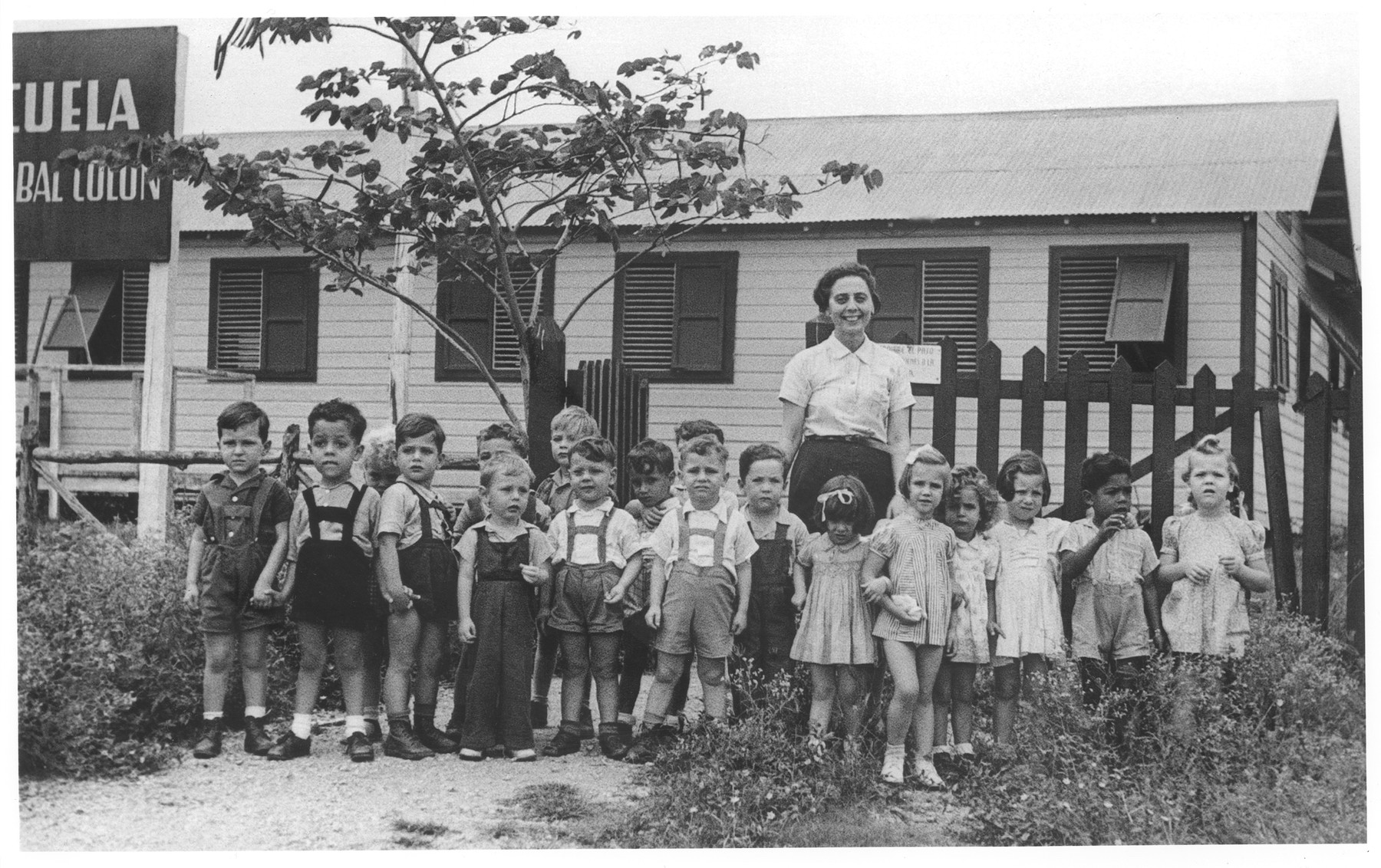 Group portrait of Jewish refugee preschoolers at the Christobal Colon school in Sosua. Behind them stands their teacher, Hella Blum.

The Christobal Colon school was founded in 1941 by DORSA the Dominican Republic Settlement Association, for the children of Jewish settlers. The school consisted of two wooden buildings, one for the kindergarten and one for the elementary school. The curriculum though similar to that of other Dominican schools, also included English and Jewish studies.