Jewish refugees living in the Sosua refugee colony deliver milk and bananas in a horse-drawn wagon. 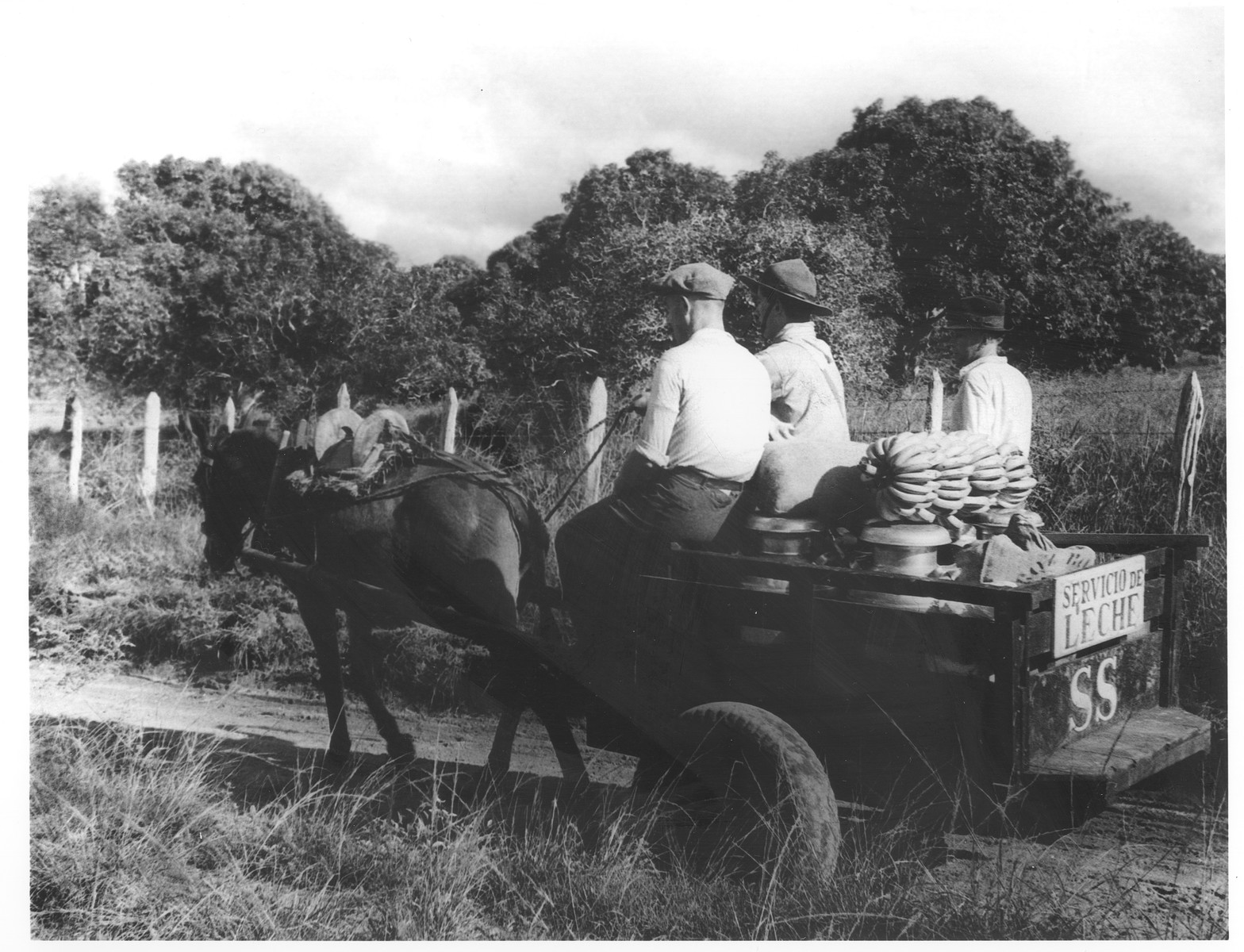 Jewish refugees living in the Sosua refugee colony deliver milk and bananas in a horse-drawn wagon.

Seated in the center is Freddy Adler.