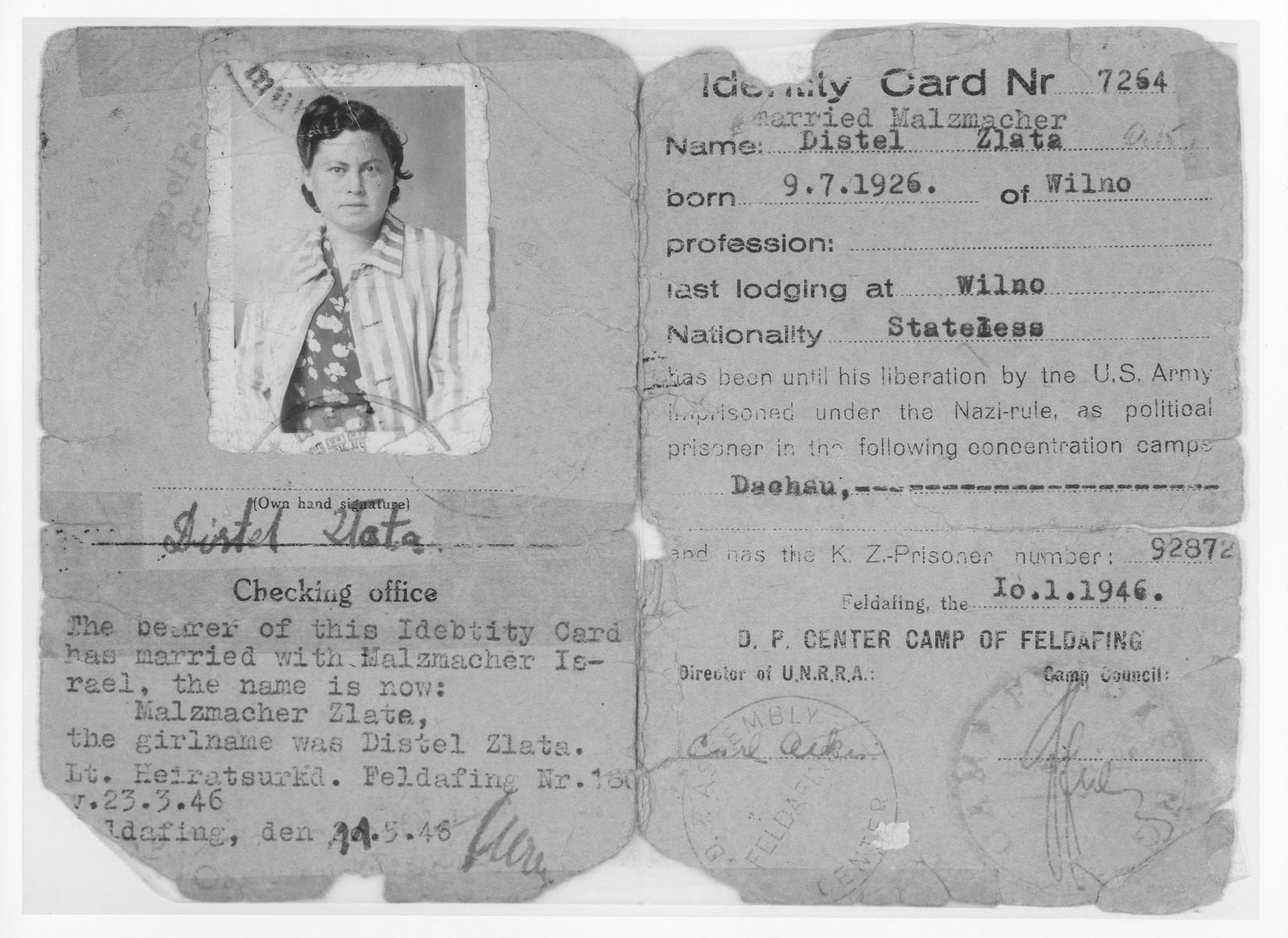 In her ID photo the young woman is wearing the jacket of her concentration camp uniform.