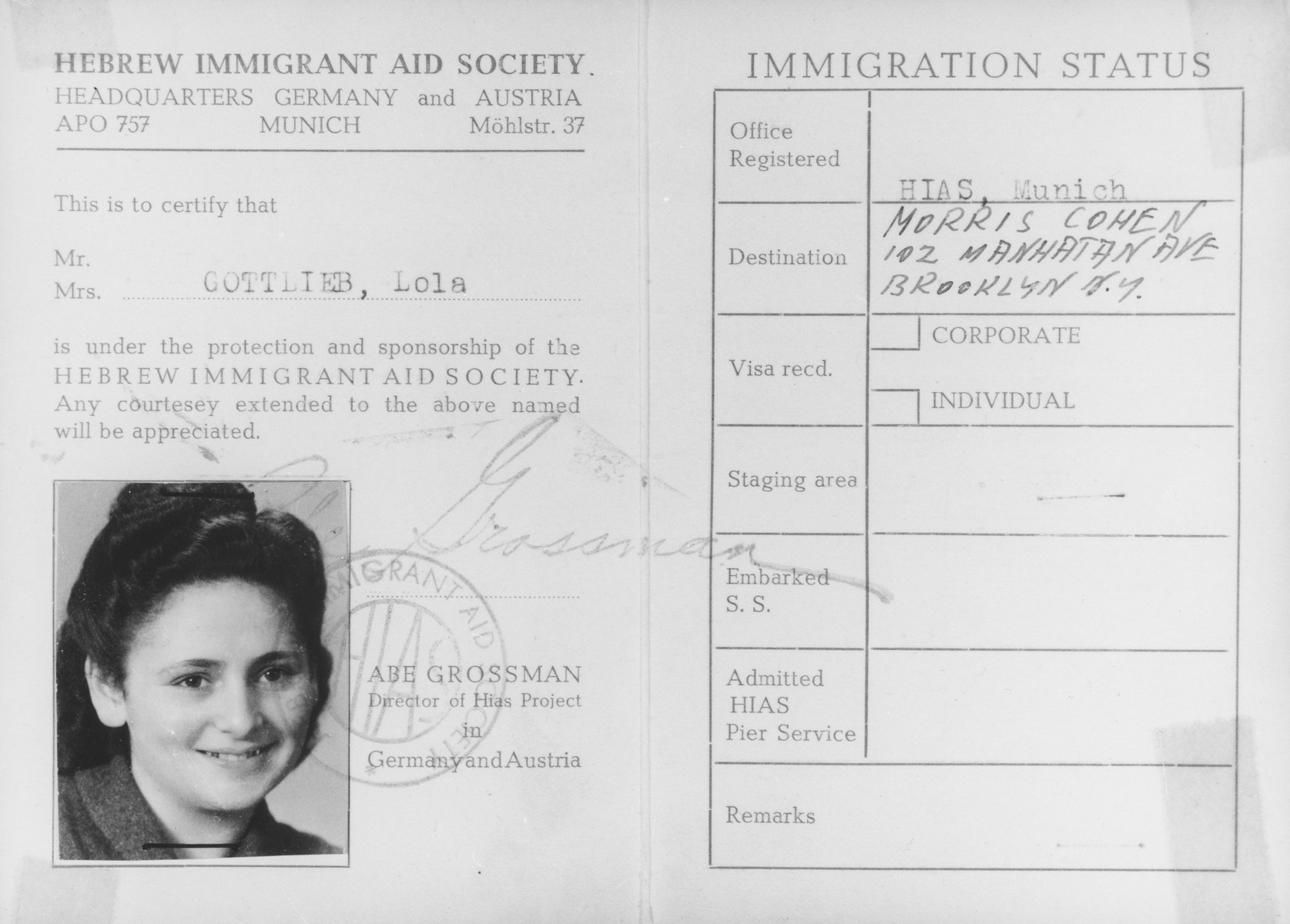 Biography
Samuel Gottlieb is the son of Nathan and Nacha Gottlieb. He was born on December 21, 1918 in Brzesko Nowe, Poland, where his father owned a wholesale fruit business. Samuel had three younger siblings, Hirsh Baer, Fela and Sara. He and his family entered the Dabrowa ghetto in 1942. Shortly thereafter, on August 17, Samuel's parents were deported to Auschwitz where they perished. Samuel married Lola Slomnicki in the ghetto in November 1942. After the liquidation of the ghetto in July 1943 Samuel and Lola were among a group of twenty Jews who stayed behind to dismantle the Rossner factory. Soon after, they ran away. Samuel bought false papers in the name of Stefan Golinski and went to work for the Germans in Krapkowice (Upper Silesia). He came back and visited his wife on weekends. When Lola secured false papers under the name of Maria Slovinska, she joined Samuel in Krapkowice, where she worked in a slaughterhouse and on a local farm. Subsequently, Samuel was sent to build fortifications against the Russians near the town of Deblin. There he was recognized by a Pole who informed on him. Samuel was then arrested and sent to the prison in Czestochowa. Following an interrogation he was deported to Auschwitz, where he was put to work in one of the clothing depots, block #27. When Lola learned that Samuel had been arrested, she destroyed her false papers and boarded a train to Czechoslovakia. She was arrested on the train and sent to a forced labor camp in the Sudetenland. Both Lola and Samuel survived and were reunited after the war. They immigrated to the United States from Germany in 1947.