Portrait of four-year-old Barbara Schaechter after she was reunited with her mother. 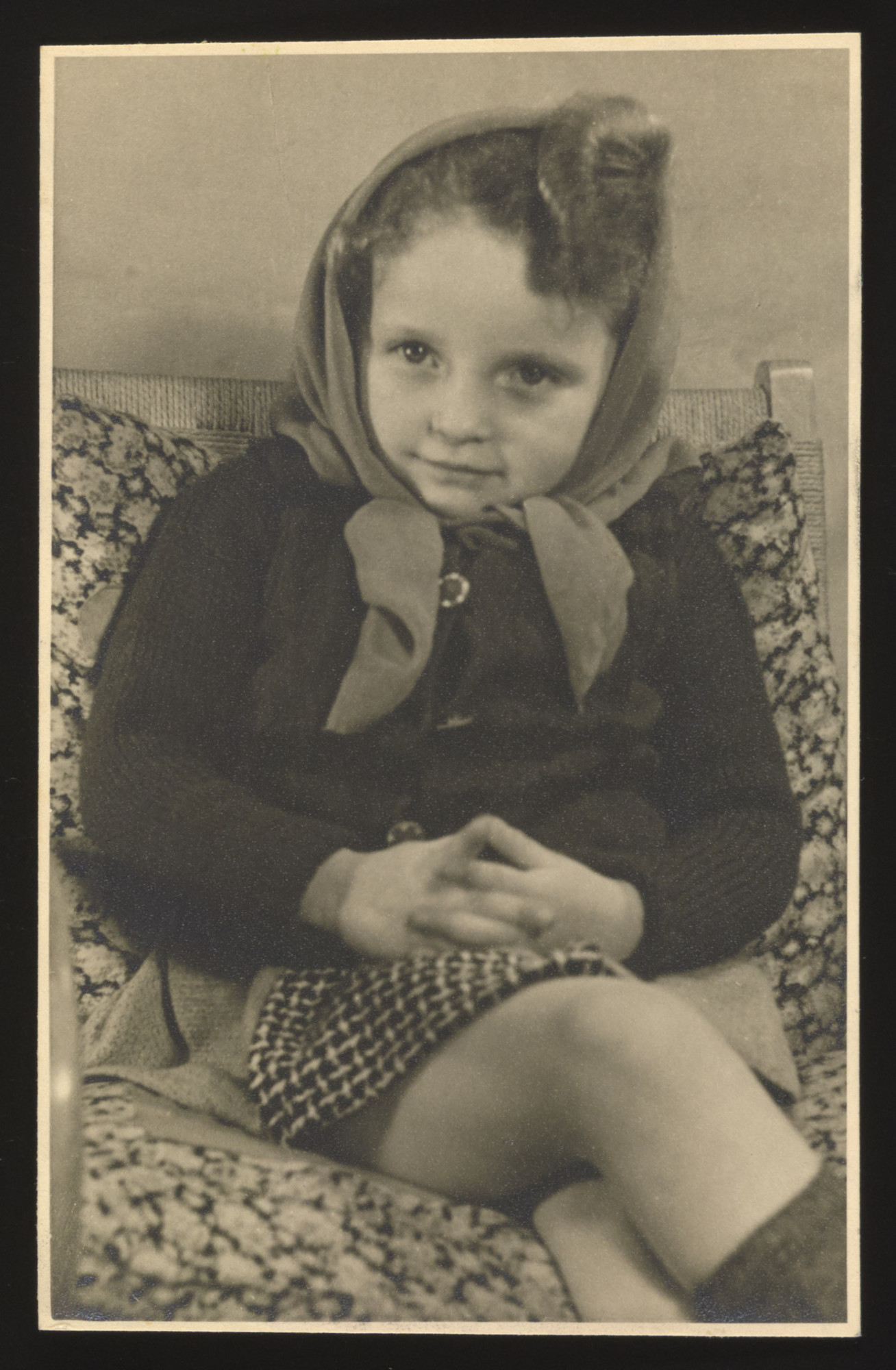 Portrait of four-year-old Barbara Schaechter after she was reunited with her mother.

Biography
Barbara Schaechter is the daughter of Philip and Janina (Hirsch) Schaechter. She was born on September 10, 1941 in Bukaczowe, Poland where her parents were hiding with false papers. They lived quietly for two years under the names Frank and Janina Rogalski until the summer of 1942, when their landlord told them that he knew they were Jewish. He promised not to inform on them, but insisted that they leave immediately. Barbara's parents decided to separate in order to maximize their chances of survival. Barbara remained with her mother, who volunteered to be sent to the Reich as a Polish farm laborer. Everyday Janina had to bring Barbara to work in the fields, which resulted in her being fired repeatedly. Her last employer, however, helped her arrange for Barbara to be placed in the home of a wealthy childless woman, Berta Antelman. Janina then found work at an inn in Durnholz. She was permitted to visit her daughter occasionally on condition that she did not reveal herself to be the true mother. Shortly before the end of the war Janina notified Berta of her intentions to return to Poland. When it became clear that Berta would not relinquish the baby, Janina decided to kidnap Barbara during the next visit. After taking the child for a walk, Janina swept her up and ran. They arrived in Stuttgart a week later, where they were liberated by the Americans. Janina registered for housing in a DP camp, and shortly thereafter was reunited with Philip, who had also survived the war as a Polish farm worker. The family immigrated to the United States in May 1945, sailing from the port of Bremerhaven on the SS Marine Flasher.