Herbert Mosheim (second from the left on the near side of the table) sits outside with members of his engineering class at the Städtische Erwerbshochschule. 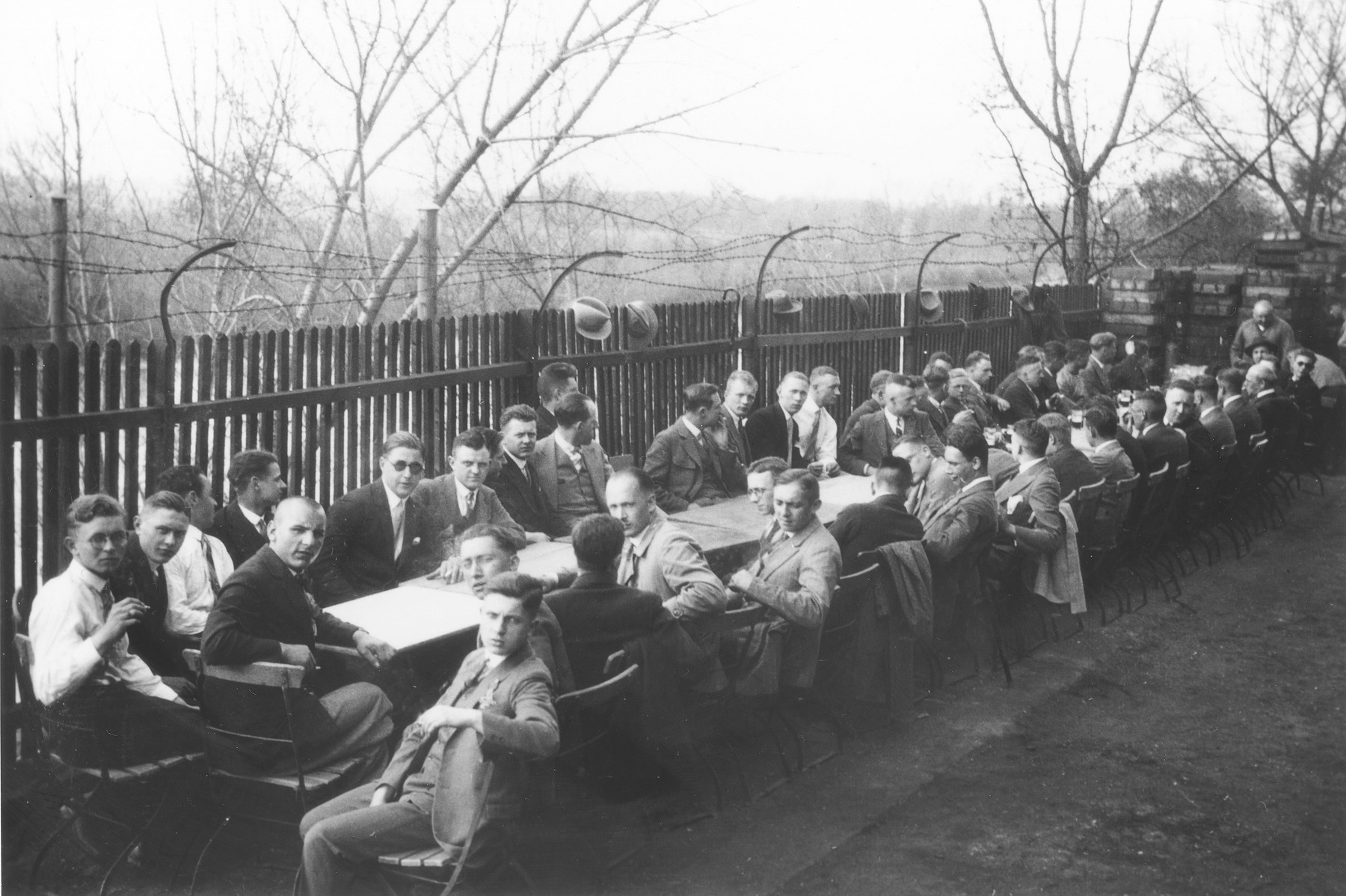 Herbert Mosheim (second from the left on the near side of the table) sits outside with members of his engineering class at the Städtische Erwerbshochschule.

Biography
Herbert Mosheim was the second of five children born to Sophie and Levi Mosheim. He was born in Vlotho, Germany in 1908 where the Mosheims were one of about twenty Jewish families. Herbert's father and uncle (Moses Mosheim) jointly owned a paper factory and their two families lived together in one house. Herbert graduated from engineering school in 1931, and when his father died in 1935, he took over the paper factory. On Kristallnacht Herbert was arrested and sent to Buchenwald. After two months he was released on the strength of a false affidavit that his mother had obtained claiming he had permission to immigrate to the Dominican Republic. Herbert's release was contingent upon his leaving Germany within six months. In the summer of 1939 Herbert was admitted to the Kitchener camp in Richborough, Kent, a refugee colony for German and Austrian expatriates. He stayed there for a year before receiving papers allowing him to immigrated to the United States. From his new home, Herbert corresponded with his family in Germany, but he was unable to get them out in time. All of his immediate family perished during the war.