Personalized Jewish New Year's card that was sent from the Cyprus detention camp. 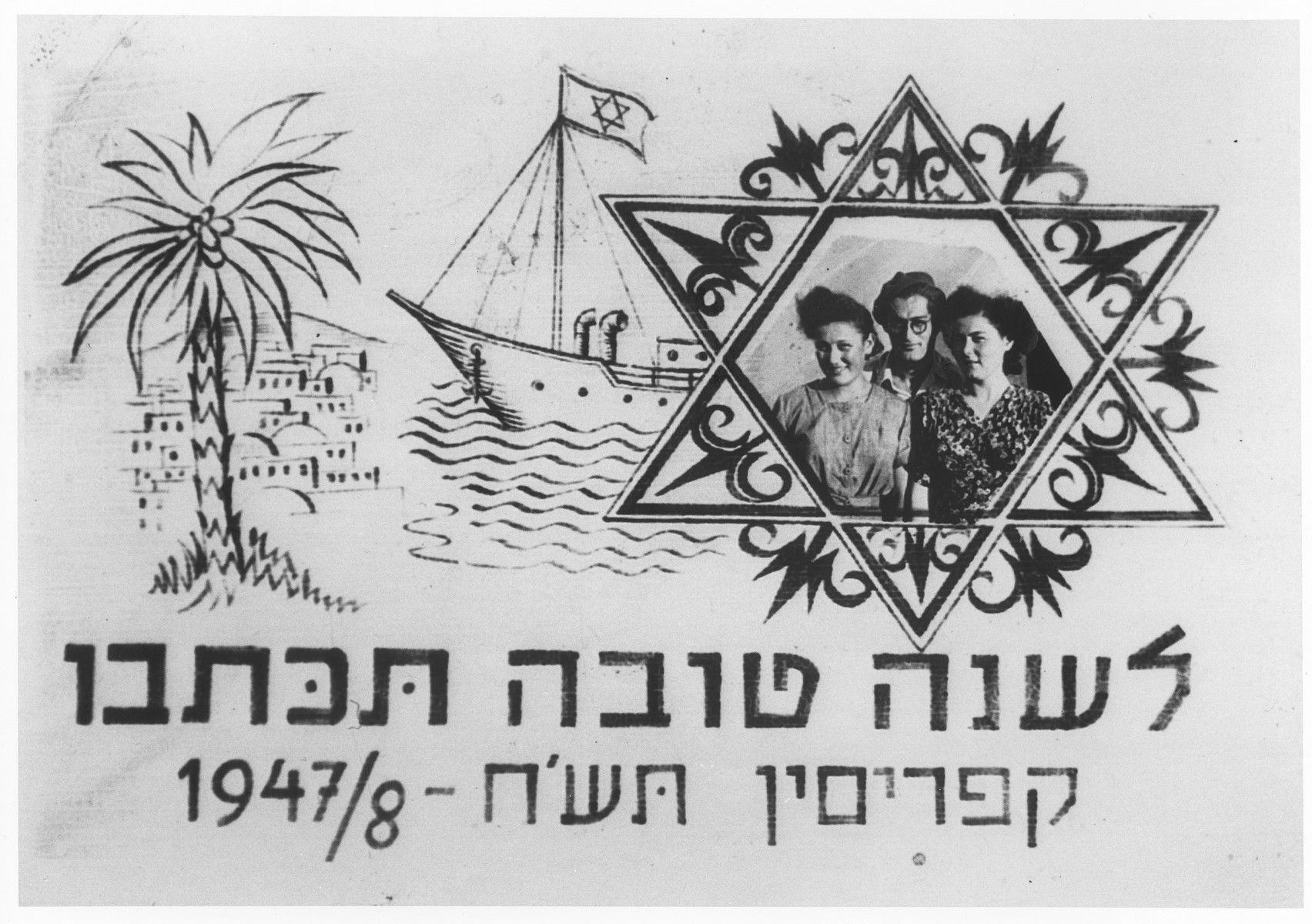 Personalized Jewish New Year's card that was sent from the Cyprus detention camp.

The greeting card bears the photograph of Pnina, Meir and Leah Halpern (pictured left to right), Jewish DPs from the illegal immigration ship, Theodor Herzl, who were interned on Cyprus.