Studio portrait of Avigdor Katz, a young Jewish boy who was the son of Eisiskes photographers Yitzhak Uri and Alte Katz. 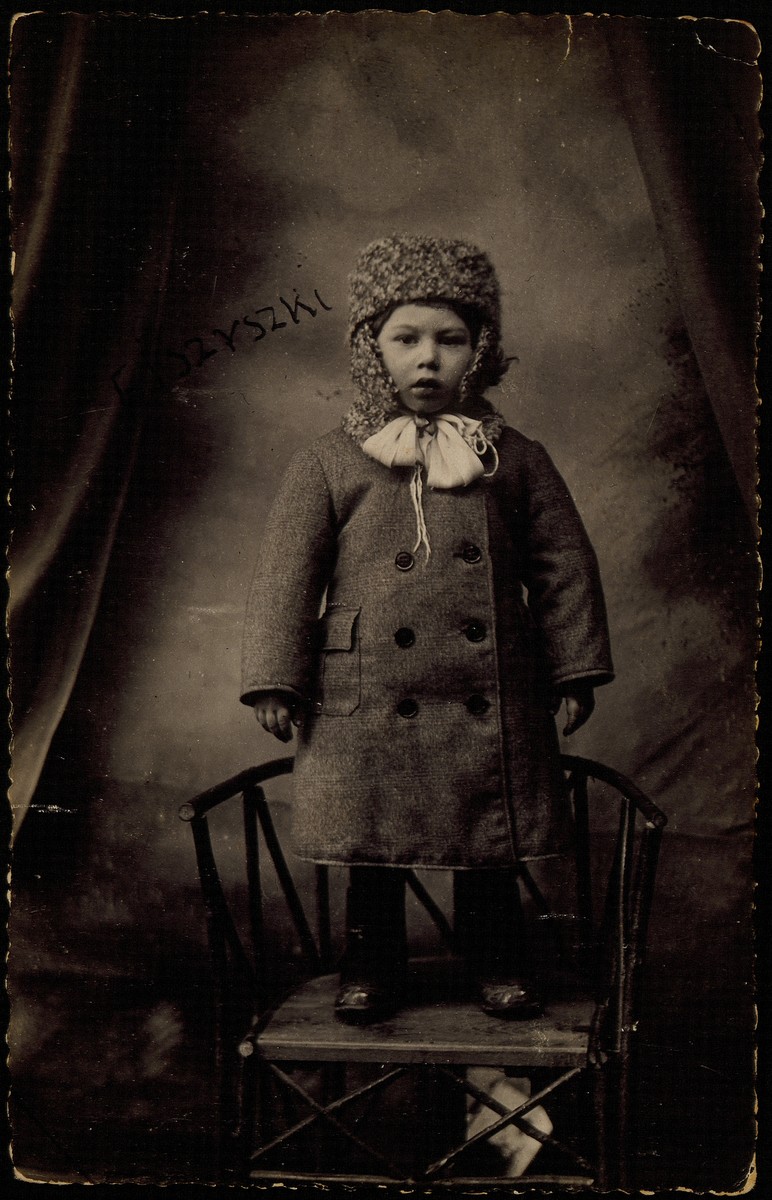 Studio portrait of Avigdor Katz, a young Jewish boy who was the son of Eisiskes photographers Yitzhak Uri and Alte Katz.

Avigdor Katz was killed by the Germans during the September 1941 mass shooting action in Eisiskes.