Ari Rosenberg (left) and Ivar Segalowitz (right) pose outside during the time they were residents of the Champigny children's home. 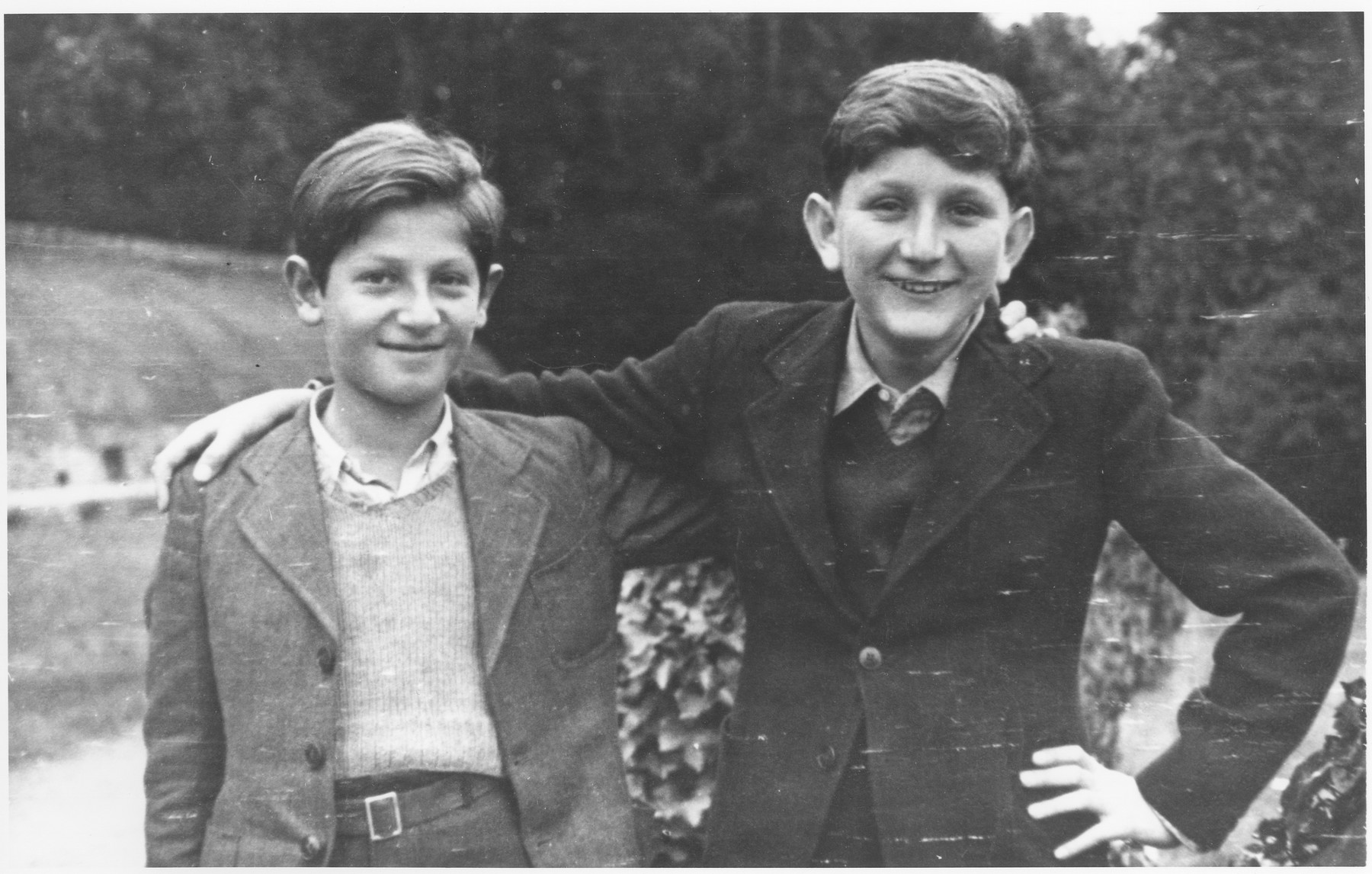 Ari Rosenberg (left) and Ivar Segalowitz (right) pose outside during the time they were residents of the Champigny children's home.

Biography
Ivar Segalowitz is the son of Boris and Erna Segalowitz. He was born on August 17, 1930 in Klaipeda [Memel], Lithuania, where Boris ran a prosperous flax exporting business. Ivar attended a Hebrew speaking Tarbut school and joined the Zionist youth movement, Hashomer Hatzair. Klaipeda, which had a significant ethnic German population, was annexed by Nazi Germany on March 29, 1939. Soon after, the Segalowitz family, along with most of the city's Jewish population, fled to the Lithuanian interior. Ivar's family went to Siauliai for three weeks before moving to Panevezys, where Boris went back to work in the flax business. After the Soviet annexation of Lithuania in the summer of 1940, the authorities ordered the Segalowitz family, whom they considered to be German citizens, to move to Kaunas. One year later, on June 22, 1941, Germany invaded Lithuania and immediately initiated an assault on its Jewish population. In August, the Segalowitz family, along with the entire Jewish community of Kaunas, was forced into the Kovno ghetto, situated in the Slobodka district. The family survived several large scale actions that took the lives of over one-third of the ghetto's population. For the next three years Boris and Erna worked in forced labor battalions and Ivar in a metalworks shop organized by ORT. When the ghetto was liquidated in July 1944, Erna was deported to Stutthof, where she perished. Ivar and his father were taken by train to Landsberg, a subcamp of Dachau. They were separated after their arrival and never saw one another again. From Landsberg, Ivar was sent to Dachau, where he was included in a group of 129 children being deported to Auschwitz. After his arrival Ivar was put to work on a farm in Birkenau, where he was able to stay alive by eating some of the horse's food. Eventually, Ivar was transferred to Buchenwald, where he was liberated at the age of 14 on April 11, 1945. Shortly thereafter, representatives of the OSE (Oeuvre de Secours aux Enfants) came to the camp and arranged for the transport of 430 Jewish children, Ivar among them, to an OSE children's home in Ecouis, France. There they received medical care, counseling and schooling before being divided into smaller groups and sent elsewhere. Ivar was among a group of six to ten boys who were sent to Champigny, another OSE home near Paris. While living there, Ivar attended vocational school in Paris. In April 1947 his aunt and uncle, Walter and Margot Lepane, who had come to America in 1938, sponsored his immigration to the United States.