Moshe Sonenson poses with his wife and children in a field they once owned. 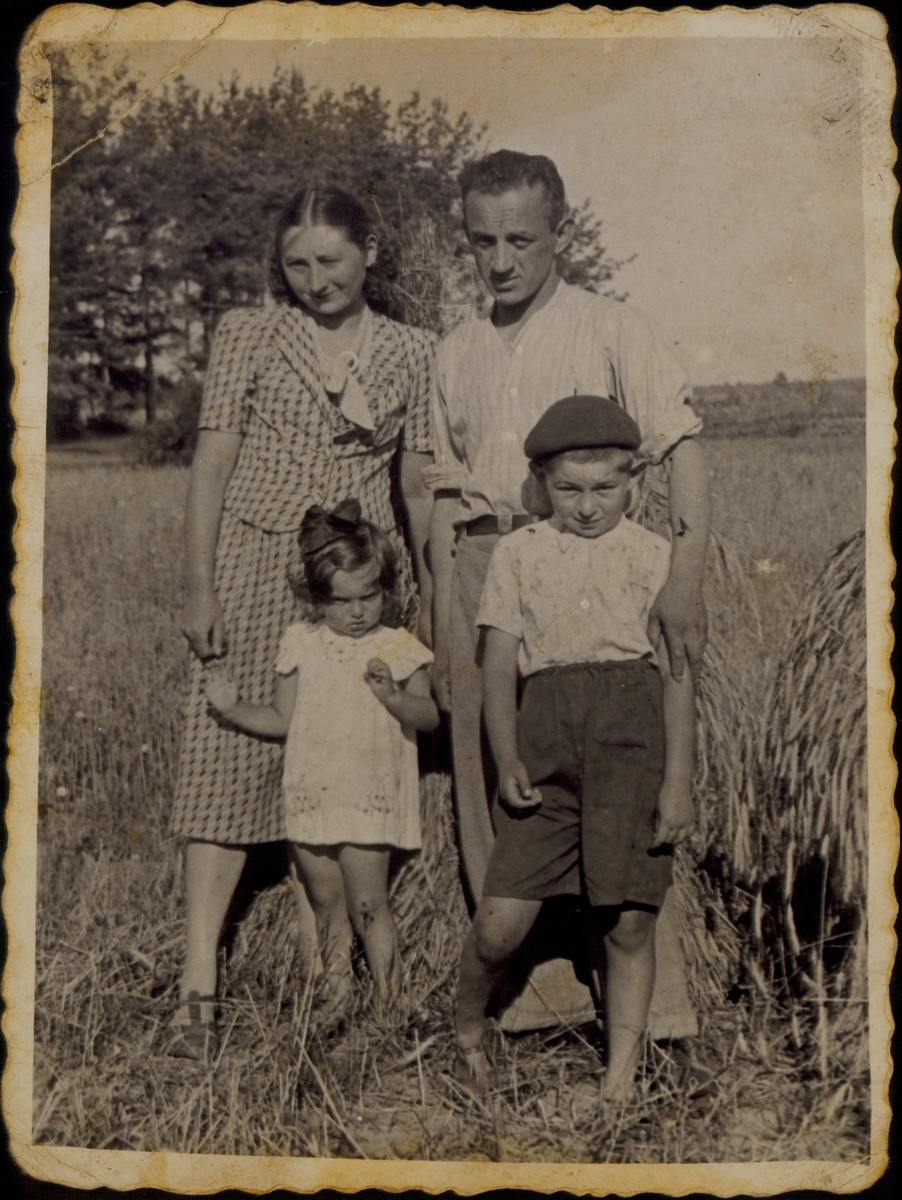 Moshe Sonenson poses with his wife and children in a field they once owned.

Pictured are Moshe and Zipporah Sonenson and their children Yaffa and Yitzhak Uri.

Copyright: Agency Agreement
Provenance: Sonenson Family
Source Record ID: RN1-83
Published Source
There Once Was a World - Eliach, Yaffa - Little, Brown - p. 261
Restriction
NOT FOR RELEASE without the permission of the The Shtetl Foundation
Record last modified: 2002-11-22 00:00:00
This page: https://collections.ushmm.org/search/catalog/pa1124394