Zipporah (Katz) Sonenson poses with her younger brother and her two children against a backdrop of a sports car in the photo studio owned by her parents, Yitzhak and Alte Katz in Eisiskes. 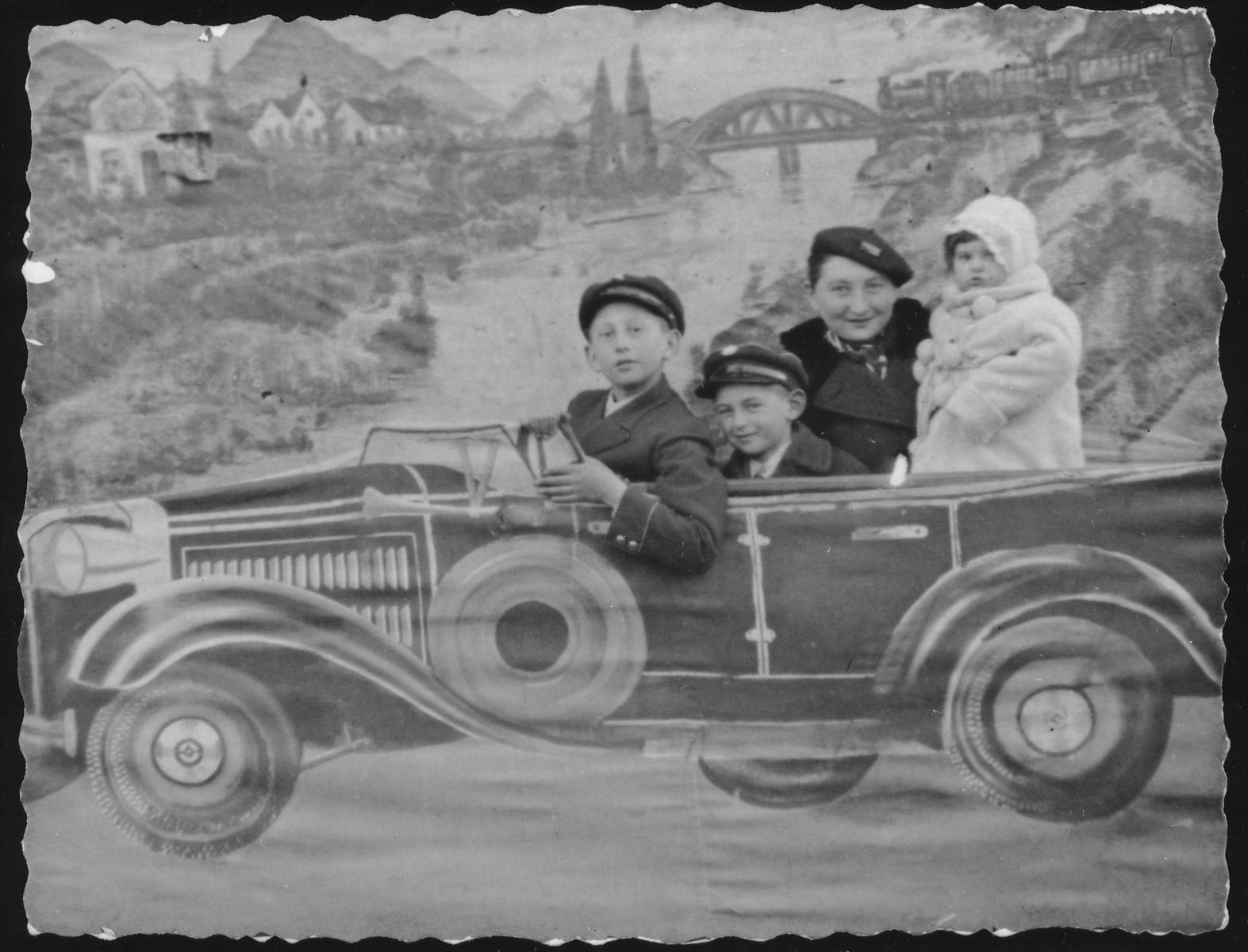 Zipporah (Katz) Sonenson poses with her younger brother and her two children against a backdrop of a sports car in the photo studio owned by her parents, Yitzhak and Alte Katz in Eisiskes.

Pictured from left to right are: Avigdor Katz, Yitzhak Uri Sonenson, Zipporah (Katz) Sonenson and Yaffa Sonenson. After the paving of the Pilsudski Highway, to own or ride in a car became the aspiration of the younger generation in Eisiskes. In the 1930s the sports car was the most popular backdrop in the Katz photography studio. Avigdor Katz was killed by the Germans during the September 1941 mass shooting action in Eisiskes.

Copyright: Agency Agreement
Provenance: Resnik Family
Source Record ID: RN3-67
Published Source
There Once Was a World - Eliach, Yaffa - Little, Brown - p. 309
Restriction
NOT FOR RELEASE without the permission of the The Shtetl Foundation
Record last modified: 2006-12-20 00:00:00
This page: https://collections.ushmm.org/search/catalog/pa1124672